The highest bid for Hayek’s Nobel Prize reflects the massive respect for the economist and the influential intellectual legacy he left behind.

Last week, in honor of the 75th anniversary of his work The Road to Serfdom, the online auction site Sotheby’s put several personal items of economist Friedrich Hayek up for auction.

A leader in the Austrian economic movement in the 20th century, Hayek made many contributions to the field. His works were influential in classical liberalism circles and in refuting Keynesian ideas.

Hayek, who shared the Nobel Prize with fellow economist Gunnar Myrdal in 1974, wrote in The Fatal Conceit that the “task of economics is to demonstrate to men how little they really know about what they imagine they can design.”

Below are some of the items sold at the auction and the prices they fetched.

The highest bid for Hayek’s Nobel Prize reflects the massive respect for the economist and the influential intellectual legacy he left behind. The award went for $1,527,730.05. This is twice the amount Sotheby’s previously estimated. This prize was awarded to Hayek in December 1974.

Hayek’s very own typewriter is historically significant for obvious reasons. Regardless of the owner, it is already valuable as a relic from 1933. On top of that, this is probably the typewriter Hayek used to type his masterpiece The Road to Serfdom. This probably is why it was bought for more than $22,000.

The item that received the second highest bid was a 1911 copy of Adam Smith’s Wealth of Nations, complete with Hayek’s handwritten annotations and underlining. This book sold for $198,416.25. This item signifies the esteem Hayek held for Smith and that they both shared for free-market principles. Although Smith died over a hundred years before Hayek was born, their ideas and works are timeless. The director of the auction, Gabriel Heaton, points out that “It’s one great economist reading another.”

Ronald Reagan was a big fan of Hayek and presented him with a signed photograph and set of cufflinks in 1983. These sold for $49,518.34. 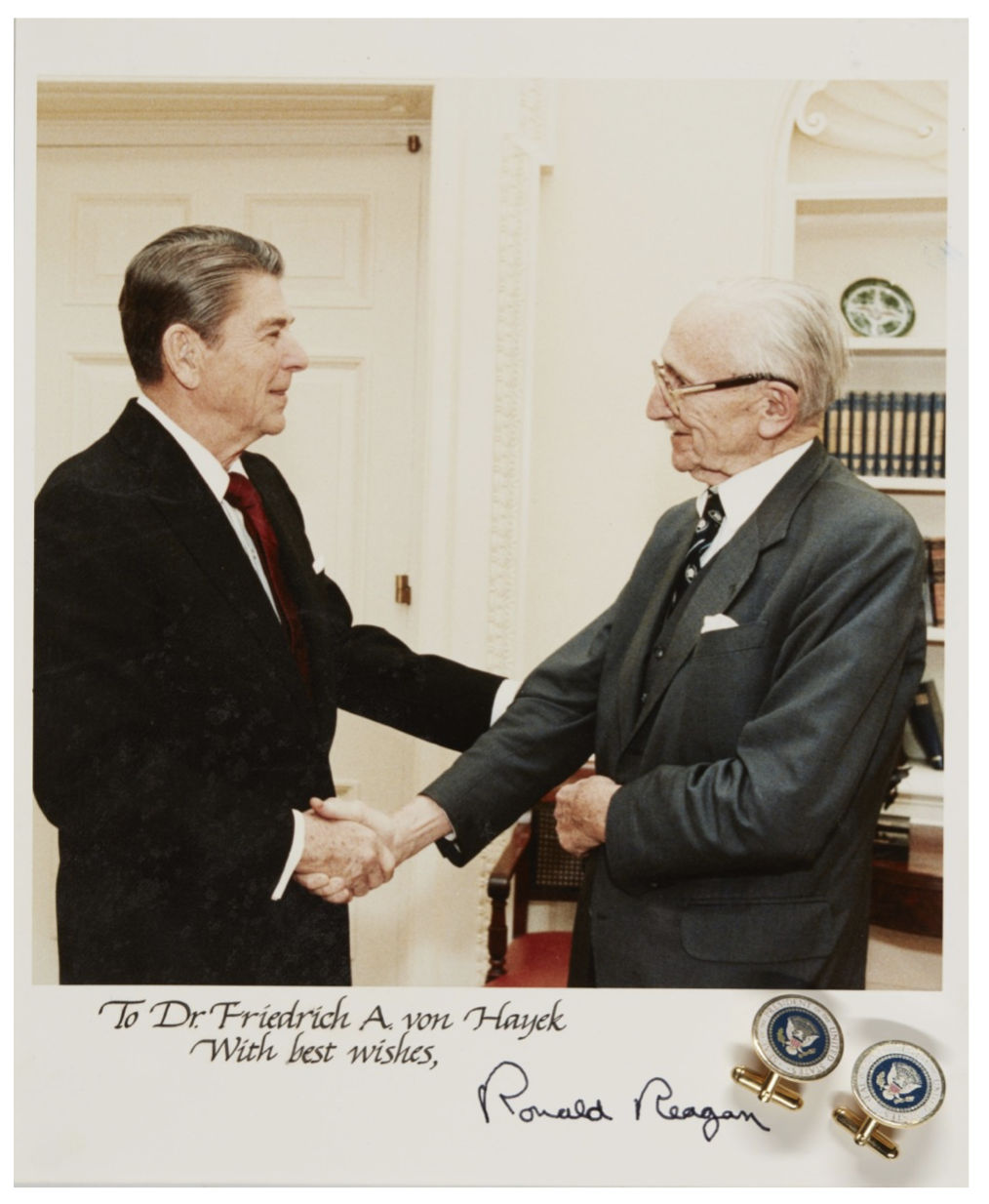 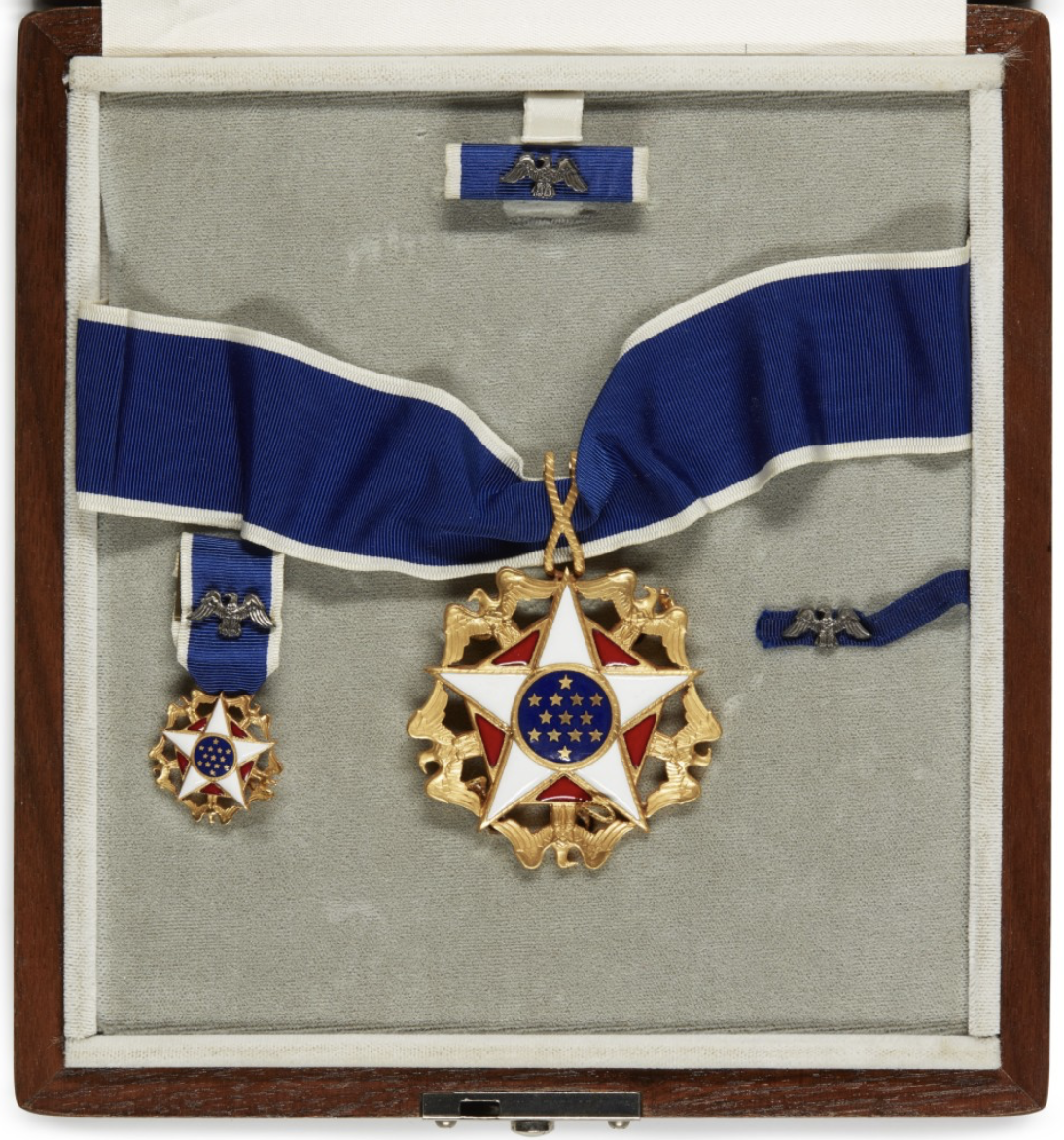 In 2003, Margaret Thatcher gave a speech on Hayek recounting how timeless his writings are and how inspiring his analysis was when she was Prime Minister. The signed text sold for $74,278.97. 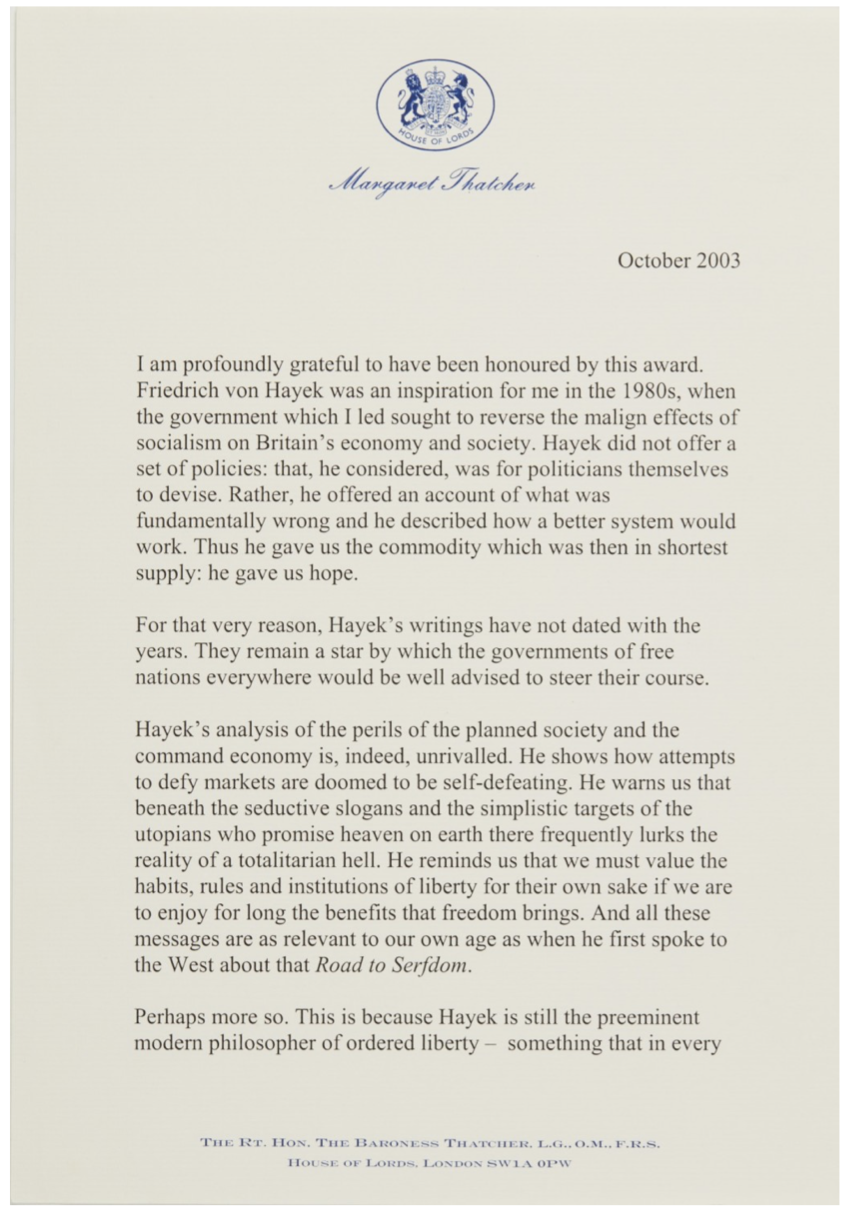 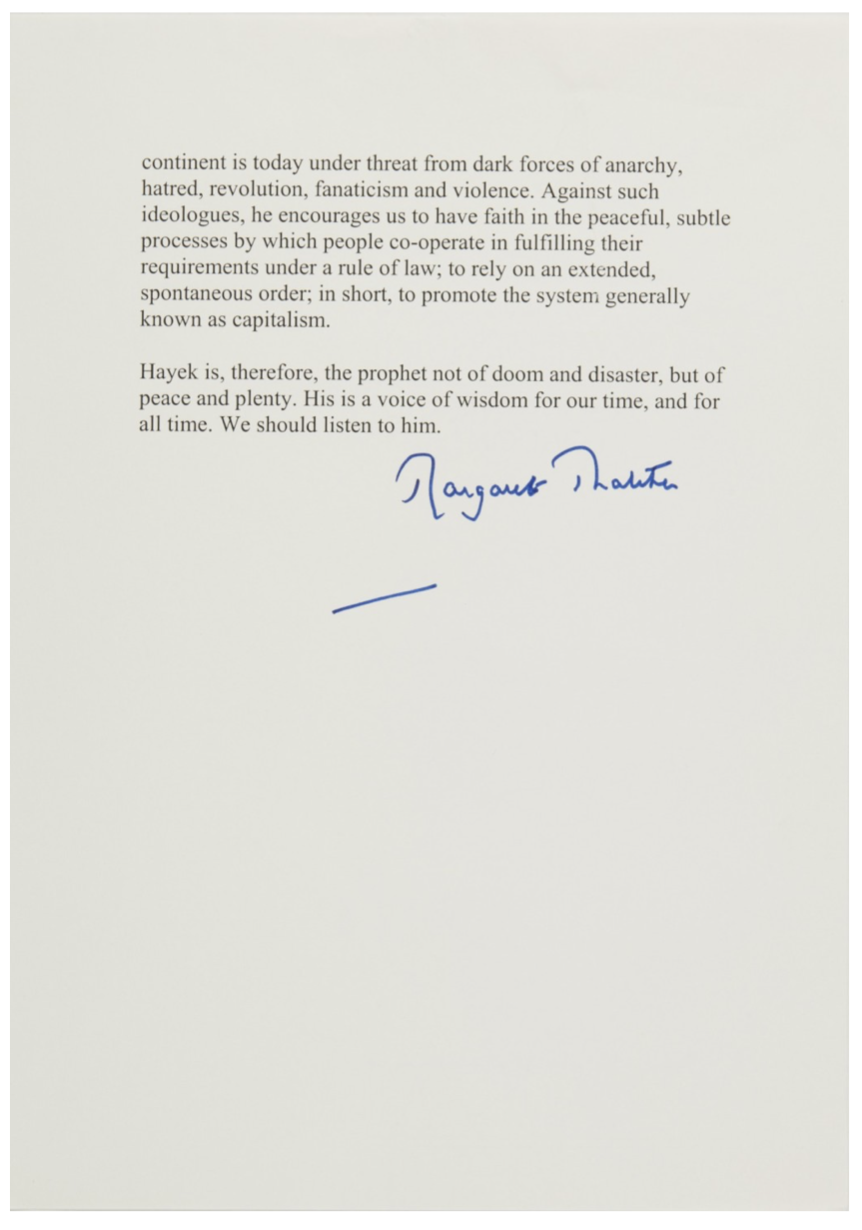 Along with the more notable items, the auction included some assorted German and Austrian civil awards and decorations, a medal awarded by Queen Elizabeth II, commemorative coins, translations of Hayek’s works, and photographs of Hayek’s childhood.

Catherine Alles was an Editorial Assistant at the Foundation for Economic Education. She is currently studying at Marquette University Law School.