How well does it work to let the government be in charge of your entire life? Just as Native Americans.

Imagine if the government were responsible for looking after your best interests. All of your assets must be managed by bureaucrats on your behalf. A special bureau is even set up to oversee your affairs. Every important decision you make requires approval, and every approval comes with a mountain of regulations.

How well would this work? Just ask Native Americans.

1. Indian Lands Are Owned and Managed by the Federal Government 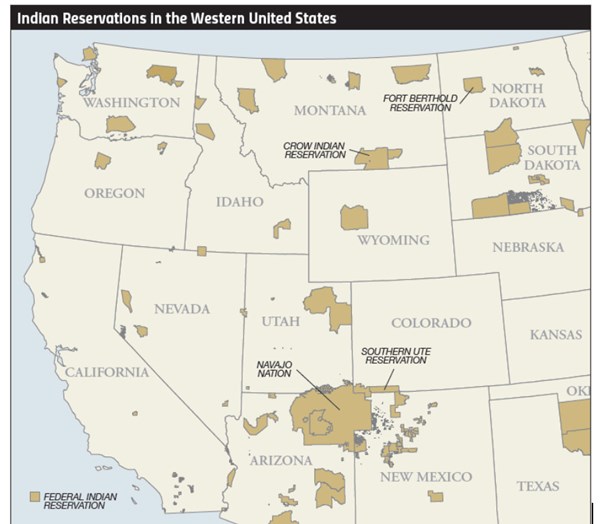 Chief Justice John Marshall set Native Americans on the path to poverty in 1831 when he characterized the relationship between Indians and the government as “resembling that of a ward to his guardian.” With these words, Marshall established the federal trust doctrine, which assigns the government as the trustee of Indian affairs. That trusteeship continues today, but it has not served Indians well.

Underlying this doctrine is the notion that tribes are not capable of owning or managing their lands. The government is the legal owner of all land and assets in Indian Country and is required to manage them for the benefit of Indians.

But because Indians do not generally own their land or homes on reservations, they cannot mortgage their assets for loans like other Americans. This makes it incredibly difficult to start a business in Indian Country. Even tribes with valuable natural resources remain locked in poverty. Their resources amount to “dead capital” – unable to generate growth for tribal communities.

2. Nearly Every Aspect of Economic Development is Controlled by Federal Agencies

All development projects on Indian land must be reviewed and authorized by the government, a process that is notoriously slow and burdensome. On Indian lands, companies must go through at least four federal agencies and 49 steps to acquire a permit for energy development. Off reservation, it takes only four steps. This bureaucracy prevents tribes from capitalizing on their resources.

It’s not uncommon for years to pass before the necessary approvals are acquired to begin energy development on Indian lands – a process that takes only a few months on private lands. At any time, an agency may demand more information or shut down development. Simply completing a title search can cause delays. Indians have waited six years to receive title search reports that other Americans can get in just a few days.

The result is that many investors avoid Indian lands altogether. When development does occur, federal agencies are involved in every detail, even collecting payments on behalf of tribes. The royalties are then distributed back to Indians – that is, if the government doesn’t lose the money in the process.

3. Reservations Have a Complex Legal Framework that Hinders Economic Growth 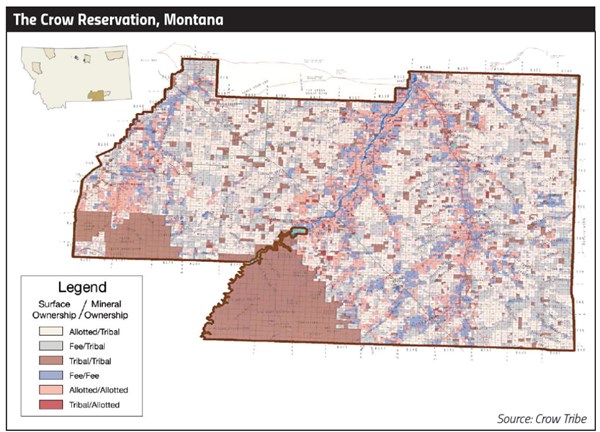 Thanks to the legacy of federal control, reservations have complicated legal and property systems that are detrimental to economic growth. Jurisdiction and land ownership can vary widely on reservations as a result of the government’s allotment policies of the nineteenth century. Navigating this complex system makes development and growth difficult on Indian lands.

One such difficulty is fractionated land ownership. Federal inheritance laws required many Indian lands to be passed in equal shares to multiple heirs. After several generations, these lands have become so fractionated that there are often hundreds of owners per parcel. Managing these fractionated lands is nearly impossible, and much of the land remains idle.

4. Energy Regulations Make It Difficult for Tribes to Develop Their Resources

Darrin Old Coyote, chairman of the Crow Tribe in Montana, puts it plainly: “The war on coal is a war on our families and our children.” Coal provides the greatest economic opportunity for the impoverished tribe, but regulations are making it hard for the tribe to capitalize on their natural resources. Some are even trying to prevent the tribe from exporting coal to Asia. 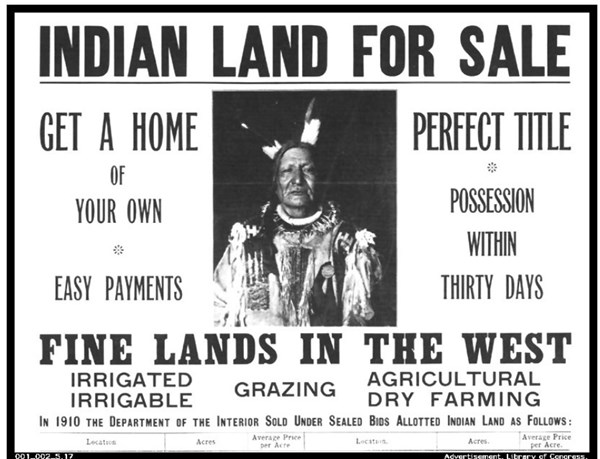 Tribes historically had little or no control over their energy resources. Royalties were set by the Bureau of Indian Affairs, but the agency consistently undervalued Indian resources. A federal commission concluded in 1977 that leases negotiated on behalf of Indians were “among the poorest agreements ever made.”

Unfortunately, it hasn’t gotten much better. A recent class action suit alleged that the government mismanaged billions of dollars in Indian assets. The case settled in 2009 for $3.4 billion—far less than what was lost by the feds.

Reservations contain valuable natural resources worth nearly $1.5 trillion, according to a recent estimate. But the vast majority of these resources remain undeveloped because the federal government gets in the way. Ron Crossguns of the Blackfeet Tribe recently put it this way: “It’s our right. We say yes or no. I don’t think the outside world should come out here and dictate to us what we should do with our properties.”

As long as tribes are denied the right to control their own resources, they will remain locked in poverty and dependence. But if tribes are given the dignity they deserve, they will have the opportunity to unleash the tremendous wealth of Indian nations.

This first appeared at Forbes via Perc