In times in which the locus of control is so externalized, we need tools to authentic individuated action. 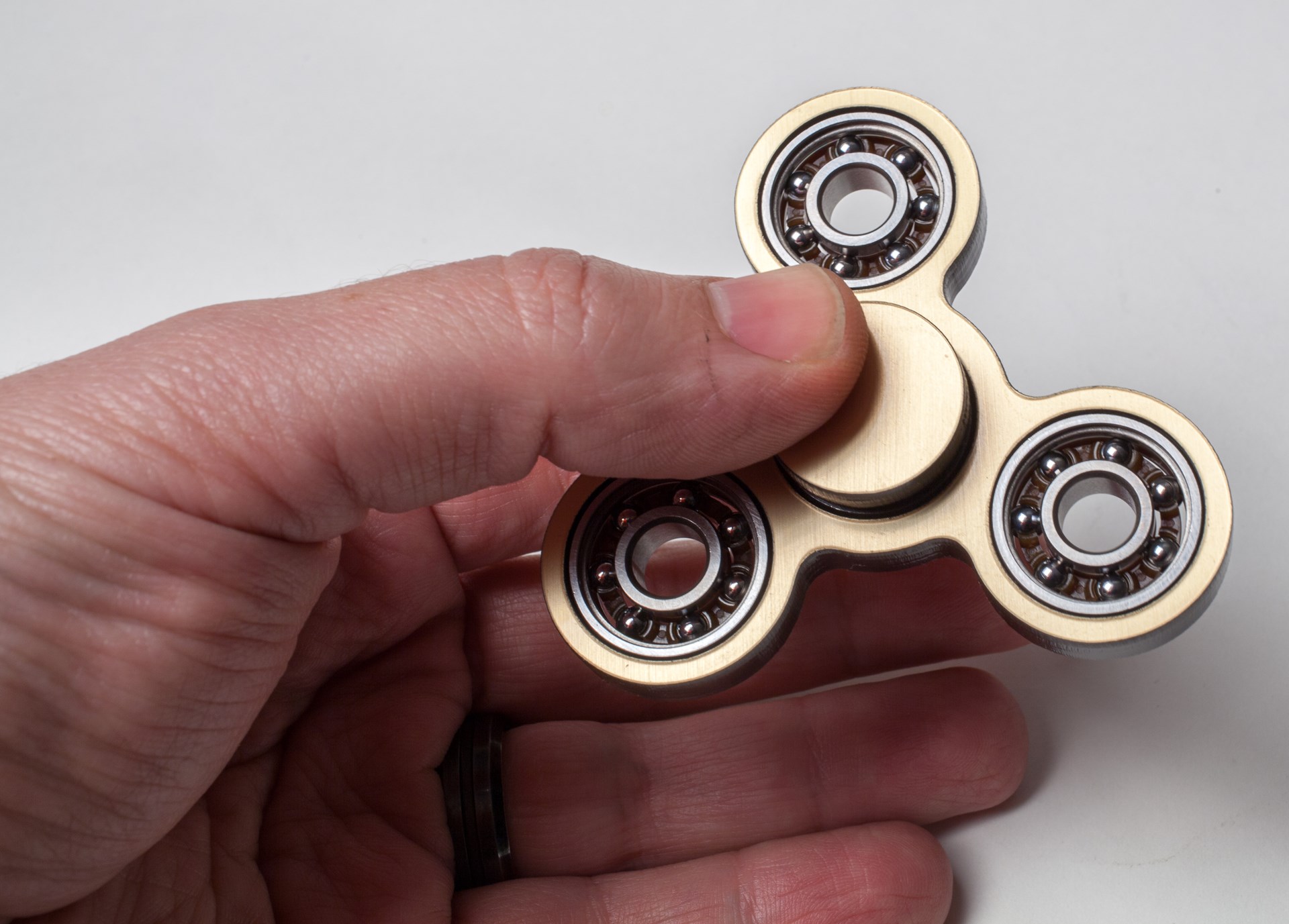 A parent was discussing her child’s obsession with home-made edible slime, feeling some relief that this trend had displaced the annoying bottle-flipping craze of early 2016. Unbeknownst to her, slime is about to be displaced in turn by the newest fashion: fidget spinning.

In a mere three months, a high-end product became available for a penny. Unbelievable. Beautiful.What makes this one unique is that it has the wide demographic appeal of the model of all temporary fandoms: the brilliant pet rock itself. It is as likely to be seen in middle-school lunchrooms, if they haven’t already been banned, as on trading floors of Wall Street.

As with the other viral fads, which seem to come and go within a 4-5 month period, this one defies explanation by anyone schooled in all the academic disciplines that exist to account for what people buy. All one can say is that the time has come and the time then goes away.

What’s most marvelous is how each reveals the nimbleness, adaptability, and service ethic of the market process. Somehow the things we want, for whatever reason we want them, are there for us, just in time.

The history of the fidget spinner reveals everything you need to know about the fickleness of the consuming public, as directed by the unmanaged operations of the creative human mind. Florida inventor Catherine Hettinger came up with the idea in 1993 and secured the patent for the thing in 1997, but it never came to market. The patent died in 2005, and there the thing sat for the next 11 years, until that magic day of December 23, 2016 when James Plafke of Forbes declared:

If you find your fingers are generally a raw, bloody mess due to your boredom-induced nail-biting, or you're driving your cubicle neighbors insane from your desk-drumming and pen-clicking, fidget toys might be the cure for your nervous or bored energy. Stress balls and desk toys have been around forever, but a recent trend in fidget toys adds a collectible, high quality -- and often expensive -- flair to finding a place to dump your excess energy.

So there you have it. Owning a fidget spinner says: I have a high-stress job and massive excess energy besides! Plafke’s article seemed crafted to create a craze. It was long, detailed, explored all brands, recounted anecdotes about how much people love them, and so on.

Thus did the opening bell sound. And the opening price for one of these magic tools: $257, except that they sold out immediately and became available on eBay for as much as $400. Just today, I went looking for one at the CVS, but the kids gathered in the toy section told me that you can only get them from Amazon these days. Looking it up, I found hundreds, for a price as low as $0.01 (how is that possible?) and as high as $459 (must be a status thing).

Talk about a short history of market forces at work! In a mere three months, a high-end product became available for a penny. Unbelievable. Beautiful.

What Is this Thing?

It seems ridiculously simple. You hold a three-sided (and sometimes two-sided) fan between your thumb and forefinger. You use your other hand (or a spare finger) to give it a spin. Then: it spins. And...that’s it.

Why does it matter? What does this do for us? What is the value proposition here? It is said to relieve stress. It is good for ADHD. It burns excess energy. It keeps the mind busy on something besides the tedium of work and school. That’s the idea anyway.

Maybe it is just fun. But why?

One explanation draws on the absurdism in marketing that has been rising in cultural importance for several decades. It is precisely because there is no particular rational reason why we should like something and therefore our quirky, unprogrammable, unpredictable minds impart a value to it as if to state plainly that no one can tell me what I should or should not value or why. My mind is my own, and no overly scrupulous buttinsky is permitted to intervene.

Thus does the fidget spinner become a tool for instantiating the irrepressible and universal human desire to become a causative agent in the movement of the world around us.What this absurdist explanation does not account for is that there is actually a meta-narrative at work with serious philosophical underpinnings.

Note that all these faddish trends have something in common. The thing and the activity tend to center on individuated sources of power and control, an extension of one person’s intentions and given value through one person’s subjective sense of what constitutes delight.

In the case of the fidget spinner, it has no value or meaning in its status as an inanimate, three-side object placed on a table. It is not aesthetically pleasing or otherwise very interesting. Once the human hand picks it up and starts it to spin, it becomes a beautifully balanced whirling center of spinning energy, as a tactile exhibition of our own individual power to transform inaction into a very powerful object of action.

Thus does the fidget spinner become a tool for instantiating the irrepressible and universal human desire to become a causative agent in the movement of the world around us, an act performed without permission and without scripting from authority. There is no other hand that can reach in and say: this spinning must stop. It ends only with the slowing physical property or with our own decision to make it stop.

Why should we need such reminders of our own power to control something in our time? Why now? It should be ridiculously obvious. For this entire season, we have been bombarded nonstop news about things we cannot control. We are intrigued. We can’t stop reading and looking. It dominates our lives. And yet there is nothing we can do about it.

Studies have shown that the tendency to focus on things outside of our locus of control is associated with personal unhappiness and more stress. So much of our lives now appear to be consumed by just such things.

Of course, it is not the case that we are never not in control. Even under the most extreme form of bondage, no one can take away our freedom to think, imagine, love, and dream. The inner spirit is ours and ours alone. We do with it what we want. This is the most important power we have, to be valued more than any other.

It does serve us well physically to hold reminders of this, however, especially in an age of massive bureaucracy, distant political machinations, and rising strong men who promise to make our lives better if only we trust them to make all the decisions.

In such times, we need a small tool in our hands, one that we fully control, a gadget that moves from inaction to action with the small flick of our finger, on command from ourselves alone, if nothing else than to be a tactile metaphor for the kind of control we aspire to have over our own lives.

The fidget spinner, then, is an externalization of our human desire for our inner freedom to manifest itself in a changed world through the exercise of our volition as a proof that our minds can make a difference in the world around us.

Spinners might look preposterous, even like a scam, but there is a reason for the market demand, even if it isn’t obvious at first. This small object is the objectivization of an ideal that the human mind cannot ever and will not ever give up.

And this will be true until at least late summer, when the newest fad comes along.