Every Taco Bell Is a Chapel

How wonderful that its marketing has tapped into such a deep cultural vein concerning nuptials.

Taco Bell recently had two great ideas that had nothing to do with its menu. It is opening a wedding chapel in its store in Las Vegas. And it is holding a competition called the “Love and Tacos” sweepstakes. The likely winner posted a photo that went viral of her wedding dress made of Taco Bell wrappers, to be announced on March 16.

The entire ethos of Taco Bell has always been a bit churchy in the best way. Genius!

Fast food thrives off genuine love for its brand, service, and product, without which it could never work. So this competition is entirely appropriate, and how wonderful that its marketing has tapped into such a deep cultural vein concerning nuptials.

What people don’t entirely realize is that the entire ethos of Taco Bell has always been a bit churchy in the best way.

The company obviously puts a great deal of thought into the ethos of the restaurants themselves. The decor gives us things to look at that we don’t see anywhere else. The colors are all those we associate with the Southwest, but not in a conventional way. The shapes are geometric and modern, with a daring flare that delights the eye and fires up the imagination.

The details around the place add to the sense of adventure, but you don’t take note of them individually unless you are looking closely. The backs of the chairs all have a bell shape cut out in the steel. The lighting is not mainly in the ceiling but rather comes from orange hanging glass lamps in the shape of cones.

I was trying to think where I had seen this before. Is it like the nave of a chapel in a monastery in a Spanish mission territory? Maybe that’s it. I’m unsure but it conjures up something different. Hold on here. Perhaps you have already realized this and I’m slow on the take, but the whole Taco Bell experience is suggestive of that Spanish mission sensibility. That’s why the buildings are shaped the way they are.

It’s a church bell! And, obviously, that’s the whole meaning behind the bell, and why it adorns the front entrance of the place. It’s a church bell! It taps into something deep and lasting in our cultural sensibilities, something that shaped our ancestors and their communities, and presents it all anew in our times. What a delightful play on the founder’s name, Glen Bell.

Have you seen the paintings on the wall? They are very peculiar and aggressive in their use of color and shape, kind of like the iconography of Latin America religious life. Most seem to have some walking man or robot, abstractly designed but with sharp edges, and the words “Taco” and “Bell” appear somewhere on them. They are unframed, such as you might see in a gallery. I want to meet the person who put these together. He or she has talent, for sure, and I want to congratulate this person for using that talent in the service of the public good.

Next time you are there, take a close look at the gorgeous photography of the dishes themselves. There’s never been a prettier taco, never been a burrito that looks more exciting, much less a plate of nachos that seems as if every chip is practically dancing with joy at the prospect of being eaten.

Each image features a splashy use of color, depth, and action. How do you make food look this way? It must be a rare skill. I could take pictures of tacos with my iPhone all day and never get one to look presentable by comparison.

You don’t feel a bit of disappointment when the food doesn’t look like the picture.Now, the usual response is to point out that the food doesn’t actually look this way once it arrives on your plate. No kidding! But does anyone really care? Not really. The point of the images is to get you in the mood to eat the thing, rev you up into the spirit of the moment, create that deep sense of longing for the real deal.

You don’t feel a bit of disappointment when the food doesn’t look like the picture, and why? Because you can’t eat a picture. And the food is right there in front of you ready to be eaten. Part of Taco Bell’s secret must be that it makes its images so ridiculously unrealistic that you sound like an idiot to point it out.

This restaurant came into existence in 1946 and really caught its stride in the 1990s.

It’s another reason we are all fortunate to live in our times, right now. Go ahead and dismiss that statement as hyperbole if you want to. But I seriously submit to you if you had dropped this restaurant on any spot on the planet before about 1940, to say nothing of 1200 AD  or 1000 BC, all the people would have been in profound awe and regarded it as a sector of heaven that had somehow dropped from the sky. There weren’t enough travelers and traders alive to make it possible much less affordable.

This is the market at work. It has gathered corn, flour, beans, tomatoes, meat, and fresh lettuce from all the ends of the earth, combined it with advanced kitchen technology, added experienced management, brilliant entrepreneurship, and a service ethic to give us something more wonderful than that the teller of tales of yesteryear could have ever dreamed up in his wildest imaginings. 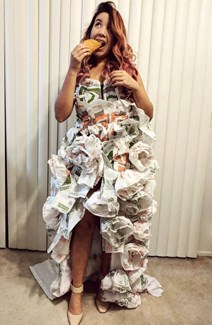 It’s inconceivable to me that a small group of parasitic activists could have targeted this place for destruction. But that’s what they did a few years ago with the lawsuit against Taco Bell. They claimed that Taco Bell was not serving 100% beef in its tacos.

Of course the organized left rallied around this lawsuit, a fact which confuses me because you would think that they would be glad that the company doesn’t serve 100% beef. They hate the cow for its demand for vast pasture land on which to graze and even its biological functioning which alleges adds to the “problem” of climate change.

The whole hysteria was like a joke. Of course Taco Bell adds stuff to its beef to make the final product. So do you when you make tacos at home. At least I hope so. You drain the fat and add spices and flour and other things to turn it into the right texture for eating. I don’t see the big deal. But the activists were so desperate to destroy this place that they acted like this company, which is all about service, was somehow guilty of mass fraud.

The genius of capitalism is that it always ends up outwitting its opponents.The news media jumped on the campaign in hopes of giving Taco Bell a bad name. The response by the company was brilliant. It added a whole new series of menu items not based on hamburger but on sliced up steak. These are the most expensive items on the menu. So now you go in with the intention of spending $3 and instead spend $7 or more! Good for Taco Bell.

Even better, after the dopes withdrew their silly lawsuit, Taco Bell launched a nationwide advertising campaign with the slogan: “Would it kill you to say you’re sorry?”

Smarter than Its Critics

The genius of capitalism is that it always ends up outwitting its opponents, whether they are central planners and regulators or crazed activists armed with lawsuits. But capitalism is not just an anonymous, nameless, faceless force operating in the universe. It is flesh, blood, and brains dedicated to serving humanity at a profit and always through voluntary means.

The owners and workers at every one of its 5,604 restaurants deserve our admiration and thanks. Maybe it should be the site of your wedding?