Do You Even Check Your Mail?

It's hardly worth the effort anymore 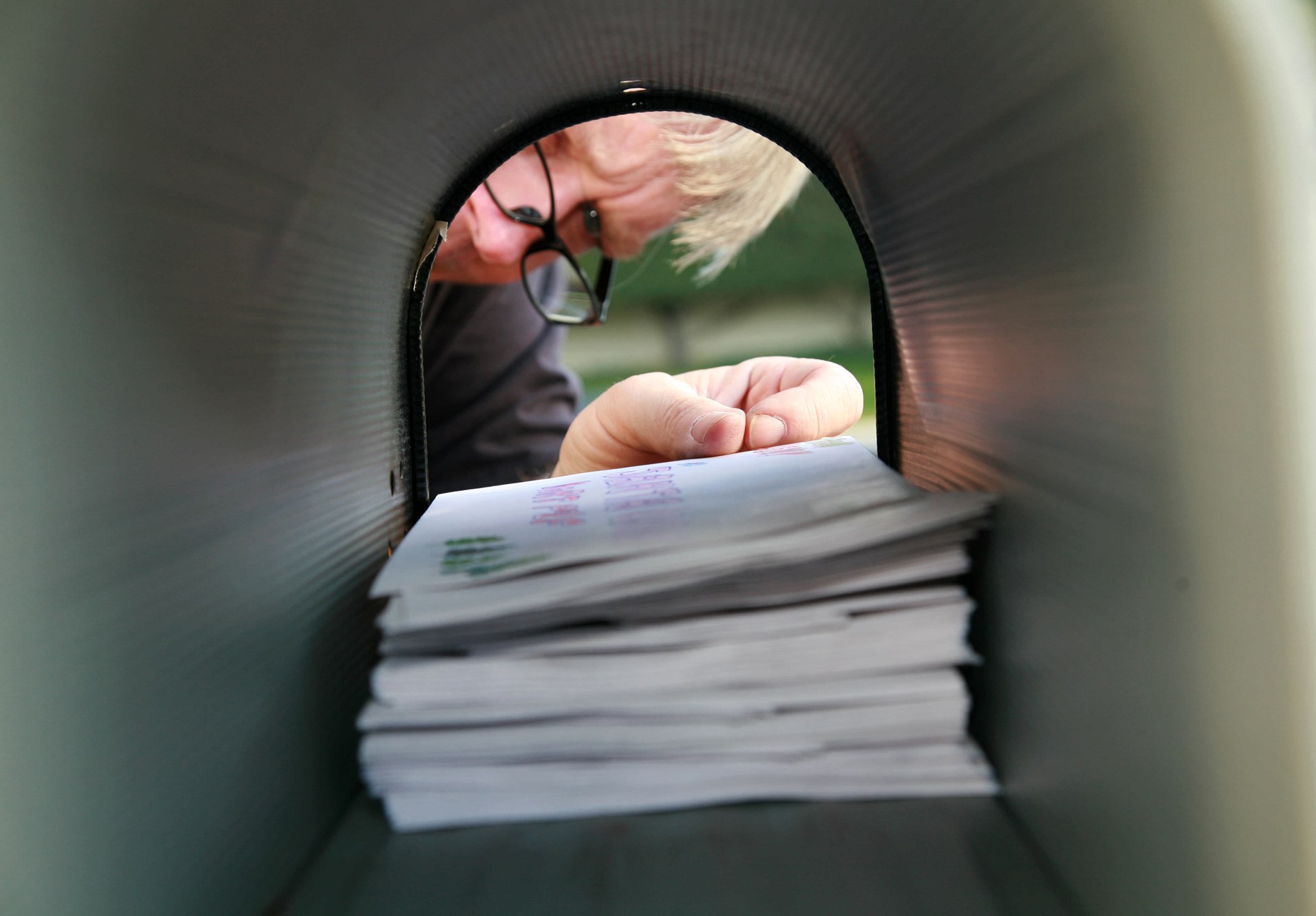 I was a bit sheepish in admitting my civic sin to a few friends over drinks. I don’t check my mailbox every day. No, I don’t mean email, Twitter DM, Skype Messaging, LinkedIn inbox, Snapchat message, Slack, or Facebook Messenger. I mean the mailbox, the physical thing, the box into which a government employee stuffs paper.

The mailbox is not entirely obsolete, but it is getting there. For more than a century, the mailbox was the center of all human communication. Legends grew up around it. Even today, you can buy fancy ones as decorations. The 1923 law mandating that every American have a mailbox is still in force.

But increasingly, decorations is all they are. After I admitted that I only check my mail once a week, another person at the bar piped up and said he only checks it once a month.

Then a twenty something at the table said: “What is with you? I only check my mail as the last step before moving out of an apartment!”

So then we talked about what is in the mailbox. Well, it’s the physical equivalent of spam. That’s mostly it. Bills are digital now. Same with bank statements. There are Christmas cards of course but those have been long in decline. Mom might send something in the mail, maybe. Sometimes if an order from Amazon is small enough, it can be stuffed in there.

The mailbox is not entirely obsolete, but it is getting there.

Now think back fifteen years ago. Few people would have imagined such a transformation. It is not a development that the post office favors, of course. The government and its associated institutions have been trying to sustain the Postal Service, even to the point of driving out of business competing entrepreneurs.

See the sad fate of Outbox, which was shut down by the United States Postal Service for coming up with a better way to get your mail. And notice that USPS has launched “Informed Delivery” which claims to scan your mail and deliver it to your real inbox. Haven’t signed up yet? Exactly.

The Way of All Flesh

Mail as we once knew it is headed toward obsolescence. There was no announcement. There was no decision from the top. The strange reality has never made the headlines. Even so, it is a fundamental change in the way we go about managing our lives.

So what brought it about? Innovation. People are inexorably drawn toward using life-management tools that are better than the ones they used in the past. Entrepreneurs like to introduce into the market things that improve lives and see people voluntarily embrace them. This occurs in stages, over a long process. Then we wake up one day and find that we live in a different world.

That we no longer do things we once did routinely is a beautiful sign of progress in the world. With progress comes the withering away of old things and the sprouting up of the new. The cultural power of this process is awesome to behold, because it is evidently more powerful than all the guns and armies of the state.

When people discover and fall in love with a better way, no power on earth can ultimately stop them from adopting it. The government can fund the post office forever. But it can’t actually force us to use it, not so long as entrepreneurs have a modicum of freedom to innovate and try new things.

We look around today and see a whole variety of habits of the past that are vanishing. Ask a young professional if he or she has a “land line,” and you will get a confused look. When smartphones are so cheap and powerful, why would anyone get a phone tethered to the ground? It’s hard enough to get millennials to answer their smart phones, must less purchase a service for the home that does nothing but give mom another way to contact them.

You are still required to have a mailbox. Look at a photo of a home or office from twenty years ago and you will find it filled with things we find silly now. Gizmodo offers a great list: folding maps, modems, floppy disks, video tapes, pulse phones, answering machines, pay phones, typewriters, pagers, and so on. Replacing them are things we never imagined would exist, such as the extremely popular audio robots like Amazon’s Echo.

Oh, I missed an obvious one from the list above: books. Now you can pick up a tablet for $50 that allows you to download a million free books online: all the classics. For generations of people, building a personal library in your home was a sign of high social status. Now you can’t even give the stuff away.

And here’s an unthinkable thought: maybe, just maybe, books as a delivery system for ideas are themselves obsolete. Young people today learn not through systematic treatises but through an intelligent sorting of a daily blizzard of information. Who is prepared to say decisively that this is the wrong way to come to deeper understanding of the world?

But let’s return finally to the question of mail. All the regulations still exist. You are still required to have a mailbox. Still, no private enterprise is allowed to do first class mail delivery. The state has done everything possible to hold back the forces of progress. And yet, we still get progress.

And it’s progress of a sort we never expected. Even in the Jetsons, despite flying cars and homes in the cloud, Elroy still brought home physical notes from school.

Now that I think about it, kids in public school today still bring home notes. Maybe in the end, the only institutions that will still use government services will always be government itself.