China's Poverty Is Dropping At an Unprecedented Rate

At the root of this growth and prosperity is not some monolithic outsourcing machine, it is a boom in entrepreneurship.

The last three decades have seen the Chinese experience an absolutely unprecedented increase in human well-being. Poverty — and we're talking about serious, hand-to-mouth poverty (not having trouble affording insurance that pays for million-dollar cancer treatments) — has dropped from about 60% to under 5%. Forests of skyscrapers rose nearly overnight. China is awash with electric vehicles, lithium batteries, and solar panels, all produced locally. E-commerce deliveries routinely arrive same day: 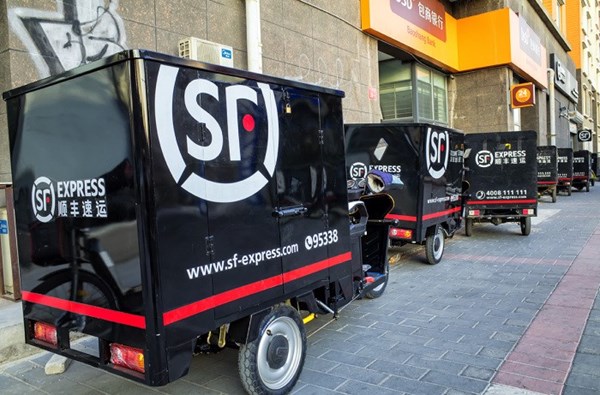 At the root of this growth and prosperity is not some monolithic outsourcing machine, it is a boom in entrepreneurship. Entrepreneurship in China? Yes! Pseudo-communist, sometimes libertarian, crony capitalist, corrupt, lacking true rule of law, China in many ways offers a shorter path to success for entrepreneurs than does America.

Not just factories are doing well in China, entrepreneurship flourishes in every sector — many of them unrelated to export.

Of course there are many factors, but having spent the past several years setting up manufacturing for my startup in China, and subsequently moving final assembly to the US (giving me both the Chinese and the Midwest manufacturing perspective), I would argue that one of the biggest contributors to economic growth in China is the migration of Chinese citizens from impoverished, rural parts of China, to the tier I, II and III cities — Shenzhen being one of the best examples.

My coworker K’s cousin grew up in Shenzhen when it was literally farmland. In the 1980s, as a teenager, he would save his petty salary for a month to buy his favorite delicacy: boiled pork blood jelly (a bland, deep purple vibrating blood jelly of disturbing texture that I regret trying). After Shenzhen was declared the first Special Economic Zone (SEZ) in 1980, he participated in an unprecedented construction boom, building progressively larger apartment buildings.

I had boiled pork blood jelly with K and his cousin in an innovative restaurant on the first floor of a 40-story apartment building of his construction, where he lived in one of the top floor penthouses. The food was cooked in a central soup pot which was heated with steam that shot directly into the pot controlled by a valve on the table, both adding water to the soup and heating it to boiling simultaneously. I had never seen anything like this setup. It was clearly custom made for this restaurant, something much less feasible in America, where the cost of building out even a standard restaurant setup is sky high.

In fact, Shenzhen would be unfeasible in America. It’s a city that easily rivals New York in size and splendor — much of it built in the blink of an eye; in the time it took the New York MTA to expand the №7 train line to the Hudson Yards while allowing the rest of the subway system to fall into complete disrepair. 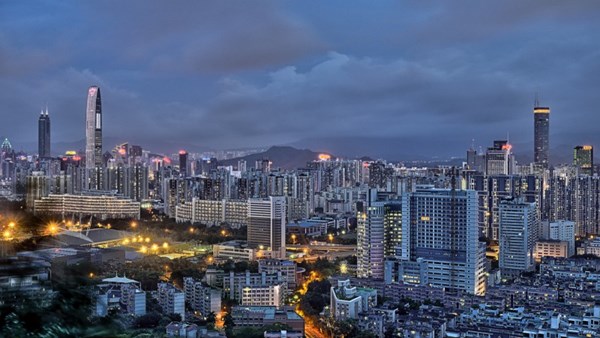 Much ink has been spilled discussing everything wrong with Shenzhen and China in general (though I would argue that many of these issues are well on their way to being resolved – i.e. pollution and low wages) and I can certainly add my share from personal experience. But one thing is undeniable — the productive achievement and increase in human well-being in the span of several decades in Shenzhen — and China in general — has been marvelous.

But how did Shenzhen physically become what it is today? Who built this country-sized economy on a patch of farmland? Certainly, the native Cantonese population participated, but most of the people in Shenzhen today moved there from other parts of China, including many from the poorer rural provinces. Shenzhen is a piece of 19th-century American opportunity created by the communist Chinese government in an empty corner of South China in the late 20th century — and best of all it doesn’t require a visa or a change of citizenship for immigrants. 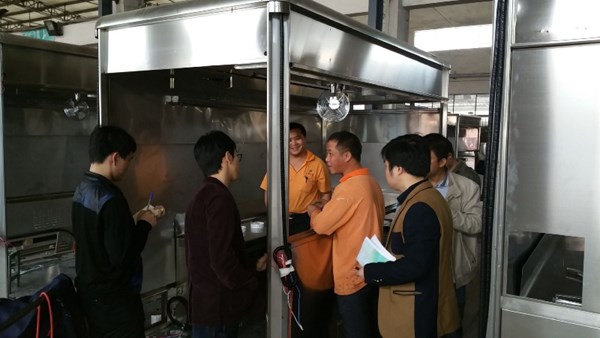 Our Factory in Dongguan — the only native Cantonese person is K in the middle of the foreground.

Reminiscent of New York receiving hordes of eastern Europeans and Italians in the late 19th and early 20th century, Shenzhen has swelled with immigrants from a mere 30,000 people to a population of over 20 million.

It’s important to note that it is not purely or even primarily the low wages these “in-country immigrants” are willing to accept which drive economic growth. Actually, factory wages have tripled in China over the last decade and are much higher than in places like Vietnam. Indeed, many primitive, labor-intensive forms of manufacturing are moving to other countries while China’s industry grows more complex, automated, and innovative.

China is in a unique position. It enjoys all the benefits of immigration — a large influx of ambitious poor people willing to work hard for an opportunity to have a better life, which creates a positive algal bloom of productivity in urban areas — with not nearly the same levels of xenophobia (though, unavoidably, plenty of prejudice against newly-arrived rural emigrés), and essentially none of the nationalist anti-immigration grandstanding and saber-rattling that normally accompany a large influx of immigrants.

The analogy would be something like America having Mexico inside its borders rather than on the other side of a border.

Taking China’s example, we should probably be building a network of high-speed trains connecting major American cities with Mexico rather than grandstanding about walls.

Michael Dubrovsky is a libertarian-leaning systems engineer interested in science, entrepreneurship, history, and economics. He was the co-founder of several startups—most notably MOVE Systems—and has experience establishing manufacturing operations both in China and the American Midwest. Michael is currently working on a cryptocurrency mining protocol project and planning to begin graduate studies in Materials Science. You can find more of his blog posts on Medium, where he applies meandering first principles analysis to a range of topics from woodworking to Net Neutrality.