A New Year’s Resolution for America: Realize That Politics Isn’t the Most Important Thing

Be nice to each other. It really is that simple. 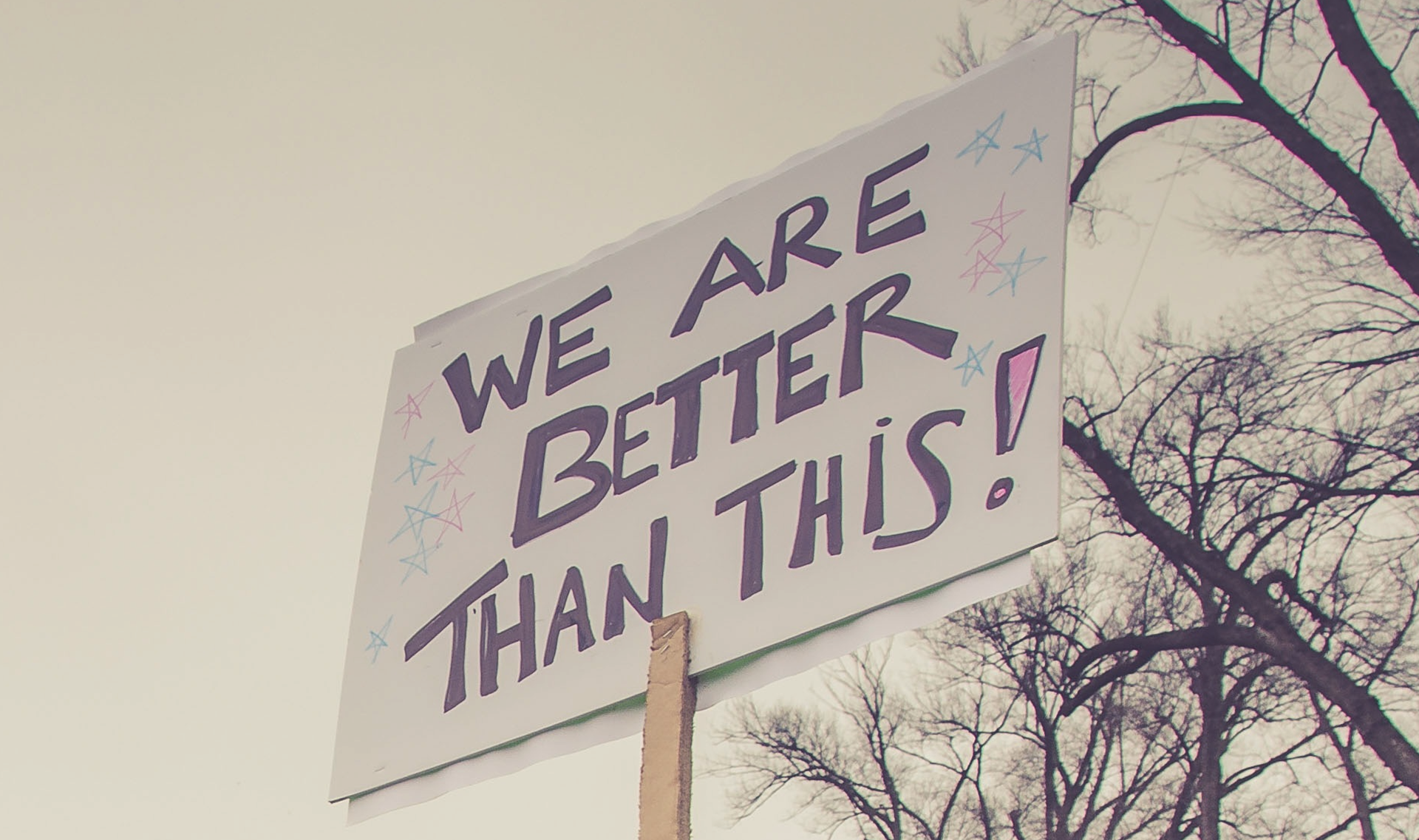 It’s resolution time. If you’re like most Americans, you’re planning on losing weight and exercising more in 2020. This is that special time of year for pie-in-the-sky planning. You might be planning to quit smoking or cut back on alcohol consumption (about one-fifth of Americans made these their 2019 resolutions). Year after failing year, people resolve to stop or to start doing all manner of things, but fewer than 10 percent of us are still on track come December.

Wholesale life changes are long shots, so it’s probably time to reconsider the types of resolutions we make, and maybe even to lower our sights a touch. Moving from resolutions that we are highly unlikely to achieve to ones that are eminently plausible might be just the way to avoid joining the 80 percent of Americans who come up empty by February.

So, here’s a resolution for you: Understand that politics is not the most important thing in the world and that it certainly gives no one license to be obnoxious to their fellow citizens.

The Dark Side of Elections

This is a tall order in a presidential election year, especially when this one is being trumpeted as “the most important election of our lifetime.” But anyone with a memory longer than that of a goldfish will remember that same claim being made for just about every election in our lifetime. Is this one more important than, say, Ronald Reagan’s election at the height of the Cold War? Or Bill Clinton’s reelection after the Republican Revolution of 1994? Or the election of the United States’ first black president in 2008? The 2020 election is likely not the most important election of our lifetime, and anyone with an ounce of sense knows as much.

If politics has become more important to you than your own family, you are very confused.

This observation calls into question how much sense any number of high-profile celebrities have. Take Robert DeNiro for example. In a recent conversation with Michael Moore, DeNiro opined that President Trump "needs to be confronted and humiliated by whoever his opponent is.” What does this mean, exactly? DeNiro would like to "see a bag of s**t right in his face."

As if that weren’t enough, DeNiro also got in a last-minute entry for Father of the Year, saying, “I don't want my kids to take this the wrong way, but if my kids did what (Trump’s) kids did, I wouldn't want to be related to them. I would disown them.”

If politics has become more important to you than your own family, you are very confused.

DeNiro is by no means alone in this. The chattering celebrity class has dreamed of doing violence to Trump since before he took the oath of office. And while we might ask why anyone would take their political cues from these people, the fact is that many of us do. Five minutes on Twitter proves the point. And when celebrities act poorly, a good number of people fall right into line and do the same. The result is a national politics so debased that we are all made worse for the effort.

There is, of course, a long and storied history of political nastiness in the United States. Believe it or not, things were actually worse (if only a little) in the past. The election of 1800 was the low-water mark, even though it is hard to see how a political race between two American heroes, John Adams and Thomas Jefferson, could have turned so badly. But turn it did. Adams’s Federalist party accused the Jeffersonian Democrats of being French Revolution-style radicals who would ruin the country. Not to be outdone, the Jeffersonians accused the Federalists of being closet aristocrats ready to subvert the Constitution itself with their Alien and Sedition Acts.

These political disagreements were manifest in personal attacks that went well beyond the pale. Adams’s surrogates pushed hard. Yale University President Timothy Dwight opined that with a Jefferson presidency, “we would see our wives and daughters the victims of legal prostitution.” Not to be outdone, a Connecticut newspaper warned that a President Jefferson would result in a nation in which “murder, robbery, rape, adultery and incest [would] openly be taught and practiced.”

Is there enough of a difference between today’s two parties to warrant anything approaching what happened in 1800? There most certainly is not.

The Jeffersonians were somehow even worse, referring to Vice President Adams as “a hideous hermaphroditical character which has neither the force nor firmness of a man, nor the gentleness and sensibility of a woman,” among other very horrible things.

This is the disgusting tradition to which partisans on both sides of the political divide aspire. They shouldn’t. You shouldn’t.

The reason the election of 1800 took such a vitriolic turn is that the stakes were so high. Would the nation remain with Federalist Adams for another four years, or would it shift to the Jeffersonian Democrats? The soul of the young republic was at stake, and that shone through the nasty rhetoric. In the end, Jefferson won, ushering in the first peaceful transfer of power in human history. Is there enough of a difference between today’s two parties to warrant anything approaching what happened in 1800?

There most certainly is not.

Keep Politics Where It Belongs

The two parties have become virtual carbon copies of one another, the only real difference being their policy preferences at the margins. Is anyone naive enough to believe that Republicans are the party of limited government? Government grows at a tremendous rate even when they hold the presidency and both houses of Congress. Does anyone honestly think the Democrats are the party of civil rights? Have we already forgotten their lopsided vote in favor of renewing the PATRIOT Act, with all of its ham-fisted authority accruing directly to the Trump administration?

And yet every election, people fall for this sleight of hand and take their place in one mean-spirited line or the other. It’s time to stop. Resolve to stop.

The resolution reduces to this: Be nice to each other.

More importantly, resolve to keep politics where it belongs: in the background. Robert DeNiro might not believe it, but family is more important than politics. So are any number of other things. Like gardening. And bowling. And choosing what to have for dinner.

Until and unless people come to realize as much, we will continue to be horrible to each other. Why? Because everyone is utterly and incorrectly convinced that the election of 2020 marks some kind of dividing line between us and chaos.

It doesn’t. Not by a long shot.

The resolution reduces to this: Be nice to each other. It really is that simple. This is the one thing you can resolve to do right now that will not only make your own life better but will also make everyone’s lives better.

And maybe, just maybe, it will come to make our politics better, too.
Just be nice to each other.