The Great Hope: Essays on Character and Liberty 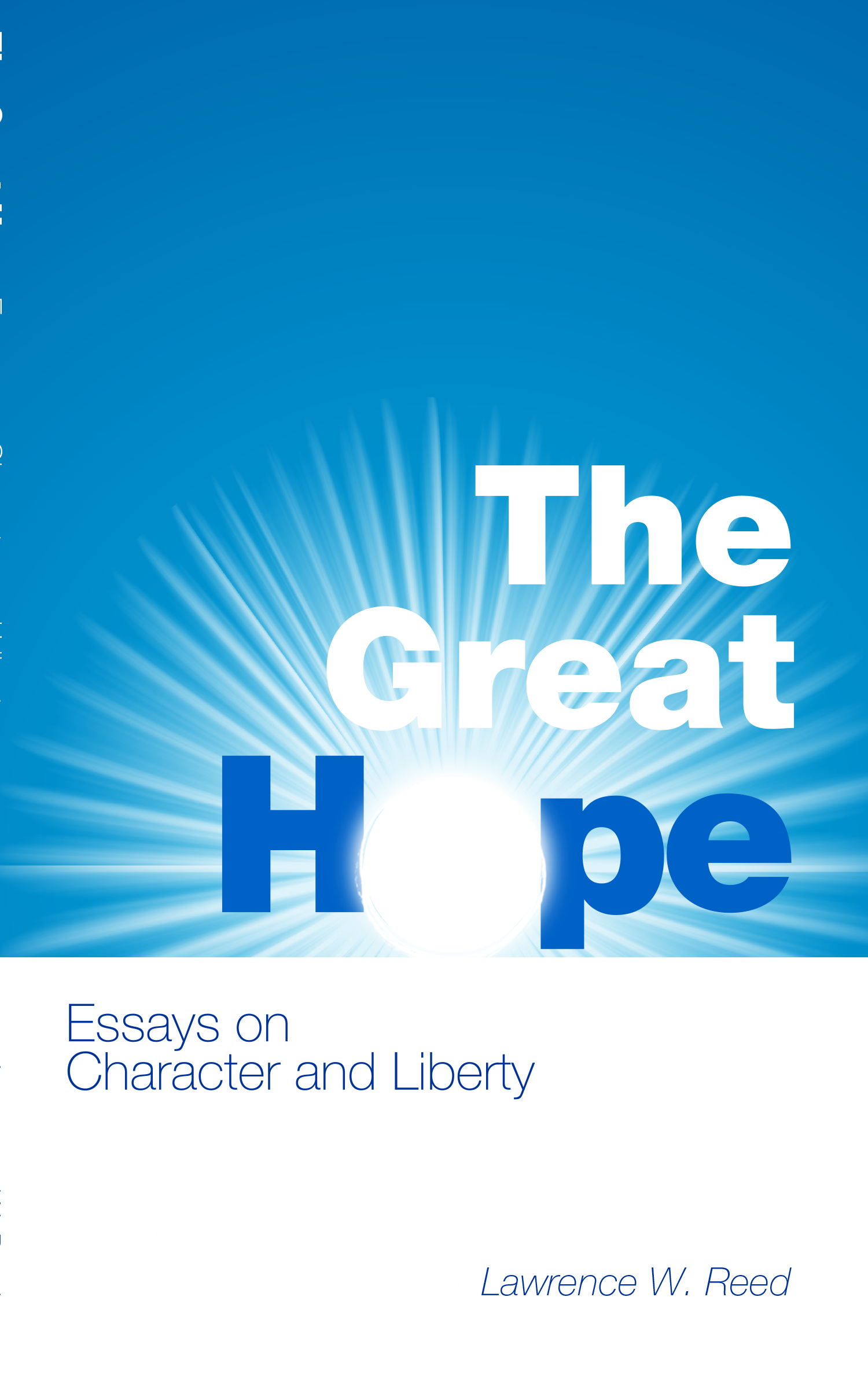 The Great Hope: Essays on Character and Liberty offers 32 brief essays that originated as columns in the local newspaper in Newnan, Georgia, where Lawrence W. Reed lives. These essays “inspire, educate, and connect,” to use a phrase from FEE’s mission statement. The subjects are wide-ranging (from Calvin Coolidge to corporate welfare), but are held together by two central themes—liberty and character, and how one depends upon the other.
Liberty and character are the stuff of great nations. They are our “great hope,” as the anthology’s title suggests. Without them, we wither and die as individuals and then as a people. That’s why easy-to-understand, quick-to-read, handy-to-pass-along books that champion those values are vital.
Do you know someone who thinks that acts of destruction stimulate the economy? That the drug war is working? That politicians can plan an economy without screwing it up? Pass along this book to them. Have you ever wanted to give someone that one slim volume that, in an hour or two, could turn them on to freedom and free markets? The Great Hope just might do it.