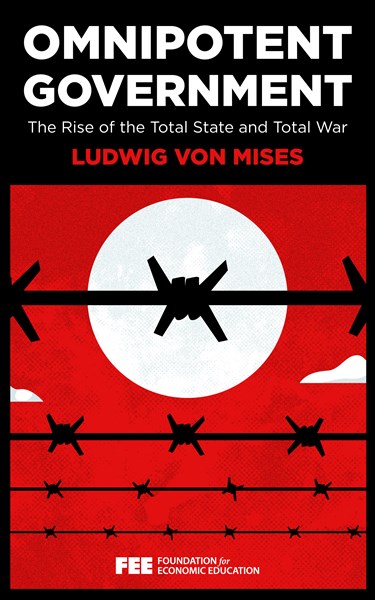 This is the most important single work on right-collectivism. Ludwig von Mises himself, a lifetime opponent of socialism, was forced to flee his home in Vienna when the Nazi threat arrived. He left for Geneva in 1934 and came to the United States in 1940, where he went to work almost immediately, reconstructing the intellectual history and meaning of what was called fascism and Nazism.

The book appeared just as the war was ending. Here Mises reveals the economics, politics, and cultural appeal, as well as the conditions, that led to the Nazi rise. He deals very frankly with issues like trade, race, market integration, Jewry, discrimination, class resentment, imperialism, demographic control, trade, and the core illiberalism of rightist collectivism.

What you get out of this book: Mises will train your intellectual instincts to make sense out of what might seem like chaos around you. You will see patterns. You will see connections. You will see trajectories of thought and where they end up. In a strange way, then, the result of the book is to create a calming effect. It makes sense of the whole complicated mess. The book is also infused with an amazing and powerful passion that could only come from someone with his brilliance and direct and personal experience with the problem at hand.

Ludwig von Mises (1881-1973) taught in Vienna and New York and served as a close adviser to the Foundation for Economic Education. He is considered the leading theorist of the Austrian School of the 20th century.