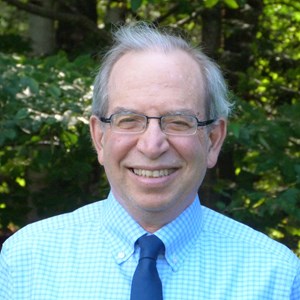 Besides being a regular contributing writer at FEE, Barry is senior contributor at Intellectual Takeout. His essays have also appeared at Learn Liberty, The Acton Institute, Zero Hedge, Real Clear Markets, The Good Men Project, Time, Newsweek, The American Conservative, Mises Report, The Epoch Times and many other publications. Barry’s essays have been translated into many languages, most frequently Spanish and Portuguese.

Barry holds a Ph.D. in economics from Rutgers University and a B.S. in mathematical statistics from CCNY. His leadership and professional workshops help participants uncover problematical mindsets inhibiting success.

What advice would you offer a young professional?

Forget about following your passion. Focus instead on developing your skills and fostering a winning mindset. Discover your passion in an emergent process.

What books do you recommend for someone seeking to improve their professional mindset and leadership skills?

I would begin with these easy to read, but highly-leveraged books: Leadership and Self-Deception, The Outward Mindset, Mindset: The New Psychology of Success, So Good They Can’t Ignore You, Deep Work, Talent is Overrated, and The Practicing Mind.

What do you practice every day?

I am always working to deepen my understanding of this truth: we can only experience the world from the inside-out. Forgetting this truth, I believe other people and circumstances are to blame for my feelings; suffering results.

You’re an economist, why did you begin to teach and write about leadership?

Throughout my career, I mostly taught in MBA programs. Since I was always looking for managerial applications of the economic framework, leadership became a natural extension of my work. I’m grateful to my late dean at the University of Baltimore, John Hatfield who supported my interdisciplinary work.

What is your most interesting non-professional accomplishment?

With my wife and children, I climbed the 48 peaks above 4000 ft. in the White Mountains of New Hampshire. In the process, we learned much about stretching physical and psychological limits, committing to a goal, preparation, and training.