You May Think You Like Socialism, But You’re Probably Not a Socialist at Heart

Even socialists are not socialist at heart. 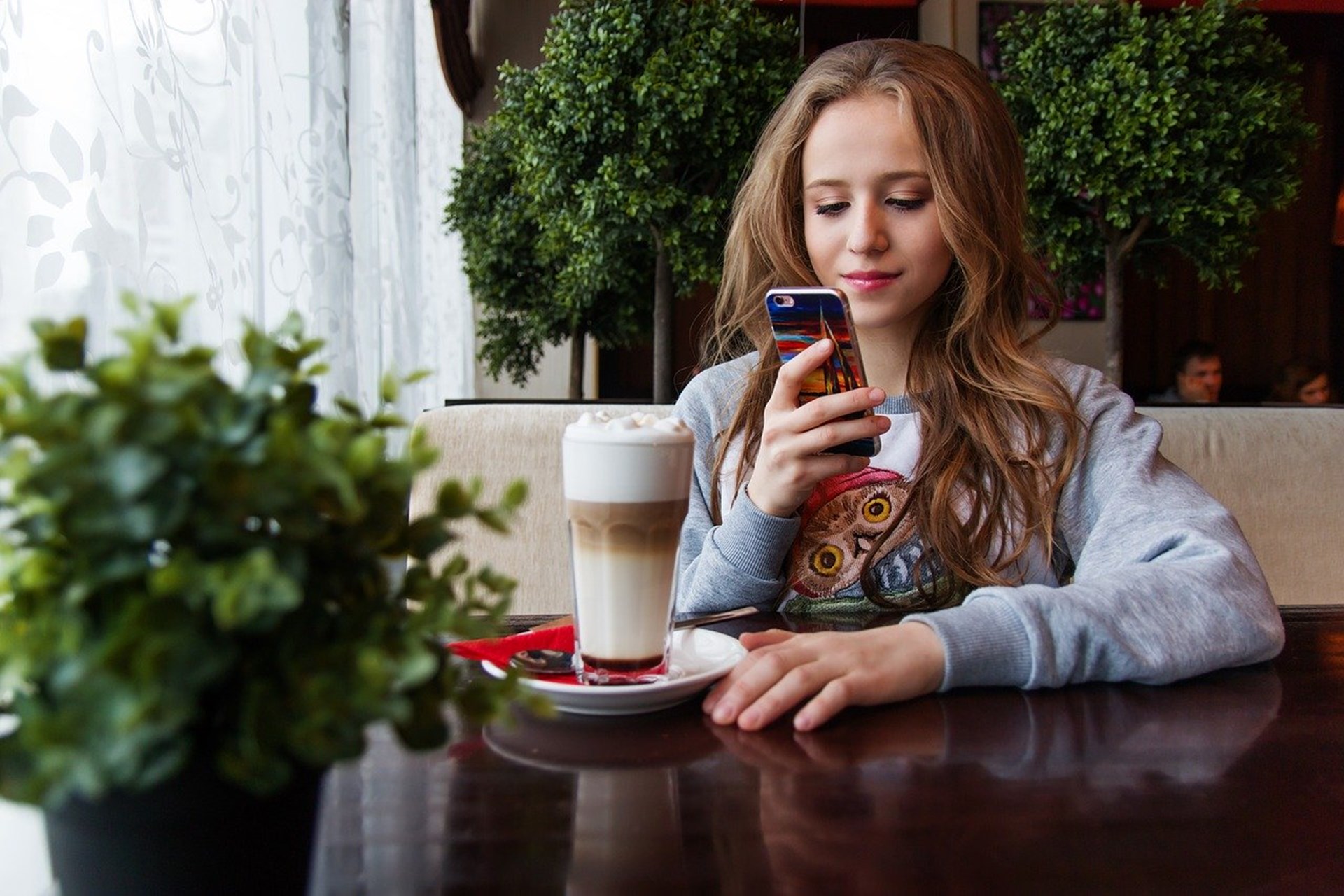 Did you ever have to do a big project with another classmate in elementary or high school? If so, did you find sometimes you were the one doing all the work while your teammate didn’t do much other than share in the good grade you earned? How did that make you feel? Probably angry and cheated, and you certainly had a right to feel that way. If you don’t think taking advantage of others is fair, you shouldn’t be a socialist.

If you had roommates in the past, maybe one of them was a slob. You know who I mean. That person who left clothes and trash all over the place? Piled up dirty dishes in the sink or on the coffee table? Somehow was never available to help clean up so you always had to? (Perhaps that person was you). How does the “clean and tidy” roommate feel about the slob? Probably annoyed and frustrated.

If you agree you would feel violated and taken advantage of in the above scenarios, you should feel the same way about socialist philosophy (in this article, socialism is an economic system that involves collective ownership of the means of production but also a catch-all for statist policies and mass wealth redistribution).

Taking excessive taxes from producers to redistribute to others is part of the socialist doctrine of fairness and equality. But the rent-seeking recipients of such handouts are no different than the entitled classmate or lazy roommate. They take without giving anything in return. If that bothers you, then socialism should as well. (I am not advocating getting rid of welfare for those who are truly poor—a country as prosperous as ours should leave no one wanting for food, clothing or shelter. But there are many other different types of government handouts, including crony capitalists and those who receive federal grants.)

Do you like to be forced to do something? Force can be direct, such as when someone robs you at gunpoint on the street. Or it can be indirect, more subtle, such as when the government fines you for violating the Clean Water Act on your property.

Government is force, no matter which economic system it oversees. Bigger governments use much more force. Some governments use brute force, such as when Fidel Castro murdered thousands of political prisoners in Cuba without trials. Sometimes it seems not much force is being used, such as when someone is arrested for tax evasion in the United States. The defendant may appear to go willingly with IRS officers so no direct force seems to be involved, but you better believe if the defendant did not comply, direct force would have been used.

Because government is force, it should be limited to its most minimal and basic functions: protecting citizens’ lives and property. But socialism by its very nature must have a massive government to administer its laws and control its people. Therefore, force is a much bigger element in socialism than capitalism. This cannot be denied. If you don’t like being forced, you shouldn’t like socialism.

Do you think monopolies are good? Monopolies are usually bad for an economy because the cost of the product or service is high while the quality is low. This is why the feds have fought monopolies in the past (they have gone overboard in their zeal to protect us, however). What is the biggest monopoly in the US you can think of? I’ll give you a hint—it’s not a corporation. The biggest monopoly in our country is the federal government.

The feds have no competition and this makes them a monopoly. The states were originally sovereign entities that could compete with each other, keeping the governments of the states in check, at least to an extent. The feds were the glue to hold the Union together and ensure basic human rights were not violated. However, the federal government has ballooned in scope. And it has become much more intrusive and repressive with its enormous size.

As big as it is, socialists want to increase the size and power of the feds exponentially. The feds already cost us more than they should and deliver services of low quality. Why would we want to expand on a monopoly like that?

Do you like limited choices? How would you like it if only one cellphone manufacturer was allowed to exist and it wasn’t Apple? How about one type of shoe? One type of deodorant? Bernie Sanders had this to say in 2015: “You don’t necessarily need a choice of twenty-three underarm spray deodorants or of eighteen different pairs of sneakers when children are hungry in this country.”

There’s a lot going on with this statement but the overriding message is socialists believe in limited choices because they don’t want scarce resources “wasted” on things they don’t find important. That’s one reason if you like your iPhone you shouldn’t like socialism.

Instead of letting markets determine what people want, the socialists wish to impose their views on what choices you should have. If you don’t want to live in a boring, monotonous world of limited choices or one in which your government makes your choices for you, then you shouldn’t like socialism.

Do you like being distrusted and deceived? Socialists obviously don’t trust their fellow citizens. After all, why would we need so much government if they trusted the people? People can get along fine without Big Brother, but that would leave bureaucrats unemployed and the statists/socialists with much less power.

Like all politicians, socialists use deception to get their agendas passed. The Green New Deal is a great example. It reads like a socialist wish list rather than something designed to help the environment.

After all, what does “taking care of those who choose not to work” have to do with curtailing carbon emissions? Nothing.

Environmental causes have been used by socialists for decades to hide their true intentions of hijacking the economy. If you don’t like being distrusted or deceived, you shouldn’t like socialism.

Do you like arrogant people? You know, the kind who think they know what’s better for you than you do. They also feel superior to you, especially regarding intelligence. Statists in general are very arrogant.

Here’s a quote from Jonathan Gruber, one of the architects of Obamacare, on how they got the law passed: “Lack of transparency is a huge political advantage. And basically, call it the stupidity of the American voter or whatever, but basically that was really, really critical for the thing to pass."

Gruber is representative of statists and socialists—arrogance on a grand scale. Not only was he arrogant with his comment, he reinforces my point about deception with his admission that “Lack of transparency is a huge political advantage.” It doesn’t get more explicit than that. If you don’t like arrogant people who like to deceive you and think you are stupid, you shouldn’t like socialism.

Do you like hanging around people who are pessimists? They usually bring you down the longer you are with them. Socialists are huge pessimists. They act as if this is the worst time in history to be alive and living in America. But the exact opposite is true. Sure we have our problems, but our poor have better living standards than most of the rest of the world, including Europeans. And life is better for everyone today by far compared to decades ago.

I’m not quite sure the socialists really believe all the bad news that spouts from their mouths constantly. Perhaps they are pessimists because the ideology they promote has failed everywhere it has been tried, usually with disastrous consequences. If you don’t like pessimistic people, you shouldn’t like socialism.

The fact of the matter is most people would not tolerate many of the problems and character flaws illustrated above in their personal lives, including liberals, progressives and socialists. Yet for some reason the left feels these impositions can work in society at large, as if the private and public sectors were some amorphous entities with no humans involved.

The problem is the private sector and governments are populated with human beings who bring their personal needs, desires and incentives along with them. Most of them would feel the same about force and deception as you and me and therefore act in their interests, not the socialists’.

J. Kyle deVries is a financial planner residing in Southern California. He is the author of an Amazon #1 New Release entitled, Bern, Baby, Bern!: Why Bernie Sanders’ Policies Would Incinerate the U.S. Economy.