Without Government, Who Will Build the Roads? Domino’s Pizza, Apparently

Libertarians can now rest easy knowing that the next time we are accosted with the infamous question about roads, we can look to Domino’s as a beacon of free-market innovation of a public good. 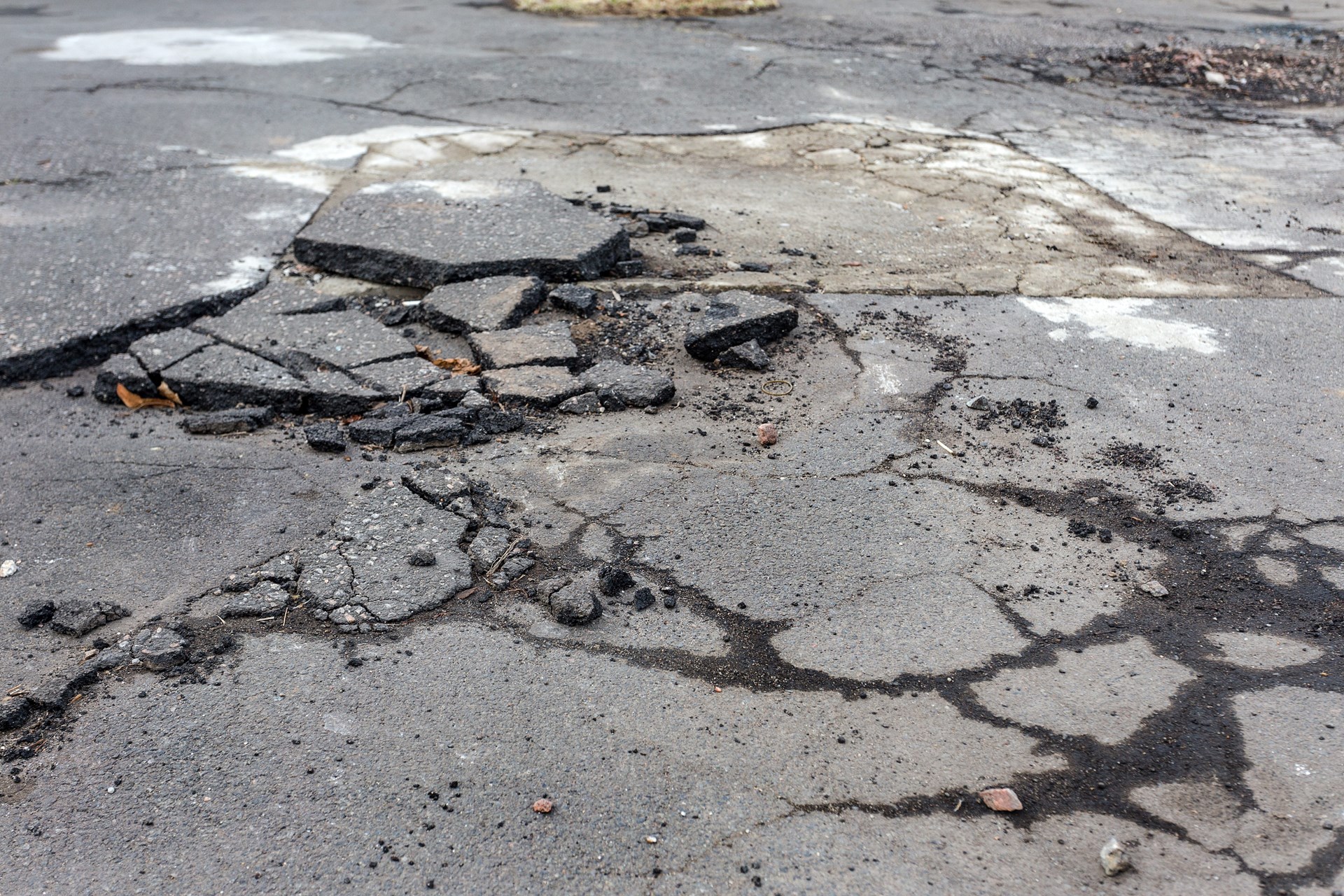 Yesterday, Domino’s Pizza announced that rather than wait for government action, the company would take it upon itself to fix potholes as part of its “Paving for Pizza” campaign.

A lot can happen in the time it takes for your pizza to leave its store of origin and arrive at your door. Sitting helplessly in the front seat, one encounter with a pothole may mean your delicious cheesy pie is delivered in ruins.

We’ve all had the unfortunate experience of opening that square cardboard box after the delivery guy has left, only to find that the cheese and toppings have slid off in what appears to be an act of foul play. Overcome with hanger, you call the pizza store and demand that a new one be sent over. But realistically, between traffic and baketime, you are not going to get that pizza for at least another hour. The struggle is all too real.

So how do you prevent pizzas from being destroyed on the road? You attack the root of the problem and fix the roads themselves.

This problem is apparently so widespread for Domino’s, they recently launched a pizza insurance program that would allow consumers to insure their pizza in case something happens to it during the delivery. While this was a clever idea, especially to those of us who subscribe to a “private insurance for everything” philosophy, it still didn’t save any pizzas. Insured or not, Domino’s still has to make another pizza if one is ruined.

So how do you, to the best of your ability, prevent pizzas from being destroyed on the road? You attack the root of the problem and fix the roads themselves. And that is exactly what Domino’s plans to do.

While the new program officially launched yesterday, “Paving for Pizza” has already fixed over 50 potholes in California, Texas, and Delaware. The campaign promises to give local municipalities the money needed to fix their crumbling infrastructure should they be selected by the company. Those wanting to cash in on this opportunity need only go online to Domino’s website and nominate their own neighborhood roads for consideration.

Commenting on this unconventional initiative, creative director at CP + B, Kelly McCormick, said:

We know that the carryout experience includes everything from ordering, to getting the pizza home in perfect condition. This forced us to think broader about carryout and meant that we had to consider the drive or walk home, on the pothole-ridden roads and icy sidewalks that we don’t own and can’t control ourselves. So, we decided to go where no other pizza company would go.

And where they’re going, they will most certainly need roads.

Who Will Build the Roads?

Since the dawn of time, libertarians have been routinely bombarded with one infamous question: Without government, who will build the roads? For those hostile towards the freedom philosophy, this question seems like a real “gotcha” weapon. There is no possible way the free market could handle a “public good” as important as roads, thus proving the entire libertarian philosophy to be untenable. Of course, Domino’s is now proving this assertion to be false.

Yet, the “roads” question has taken on a life of its own within the liberty sphere, dominating meme culture and becoming a source of constant frustration for those committed to free-market principles. So tightly woven is this question into the modern freedom movement, historian Tom Woods once said:

"Who will build the roads?" is the question that belongs at the top of every libertarian drinking game. If we didn’t have forced labor, the argument runs, there would be no roads. There’d be a Sears store over there, and your house over here, and everyone involved would just be standing there scratching their heads.

But what our skeptical friends may not fully understand is that where there are roads there is commerce. And in the absence of roads, how could Sears feasibly draw customers into its store? Or, put differently, without properly functioning roads, how could Domino’s deliver your pizza safely to your door?

All Roads Lead to Commerce

Roads have historically been viewed as a public good, which is defined as a product or service that is provided to citizens exclusively by governments, ensuring use is accessible to all. This has led many to believe that the government is the only entity capable of road management. And even though toll roads and other forms of private thoroughfares exist as living examples, there are many who cling to the government’s monopoly on roads. But there are multiple problems with this viewpoint.

The government has no real incentive to care for the roads in the first place.

For starters, there is absolutely no proof that the government is well suited to care for the roads. In fact, there is far more evidence in support of the opposite. Government roads are either always in need of repair or heavily congested because some bureaucrat sitting in a desk ordered roadwork to be done during rush hour.

Additionally, the government has no real incentive to care for the roads in the first place.

In the market, private entities hoping to succeed know they must respond to consumer demand, lest they go out of business. A roofing company, for example, would not survive in the marketplace if it promised and then failed to respond promptly to emergency situations time and again. Yet, government roads are constantly in a state of disrepair, and it sometimes takes years before a service request is completed.

Of course, the government doesn’t get fired when it fails to respond to a road issue in a timely manner. Since the state operates by force, consumer satisfaction plays no role in its existence.

The private sector, on the other hand, has a vested interest in properly maintaining local roads as quickly as possible, as Domino’s is now proving.

By choosing to invest money into fixing the roads in its many delivery areas, they are also scoring major points with consumers and local communities.

The decision to launch Paving for Pizza was born out of an unmet demand in the marketplace. The government was failing to meet the needs of drivers on the road, which in turn was inhibiting Domino’s ability to live up to its promise of offering quality products to its consumers.

The Paving for Pizza campaign actually works in Domino’s best interest. Already, the company is having to spend money to replace the pizzas that are being destroyed en route to their final destinations. Additionally, having to remake a ruined pizza means that a Domino’s employee has to shift his or her focus away from another customer’s order. Replacing one pizza ends up costing the company both precious time and money.

But by choosing to invest money into fixing the roads in its many delivery areas, Domino’s is not only attacking the root of the problem, they are also scoring major points with consumers and local communities. Not only does the consumer have a better chance at receiving a beautifully intact pizza, but the entire community also benefits from the improved infrastructure. This, in turn, will result in new Domino’s customers who are drawn to the company as result of the improved roads. Everyone wins in this situation.

But the implications of this are far-reaching. Roads clearly play a vital role in the way Domino’s conducts business. But Domino’s is just one company. Since many establishments rely on roads to bring their customers to them, there is an enormous potential for private companies to lead the way on infrastructure innovation if they follow Domino’s lead.

At the very least, libertarians can now rest easy knowing that the next time we are accosted with the infamous question about roads, we can look to Domino’s as a beacon of free-market innovation of a public good.