Why the Soviets Slaughtered 180,000 Whales During the Cold War

It was one of the great environmental crimes of the 20th century and one of the fastest decimations of an animal population ever. 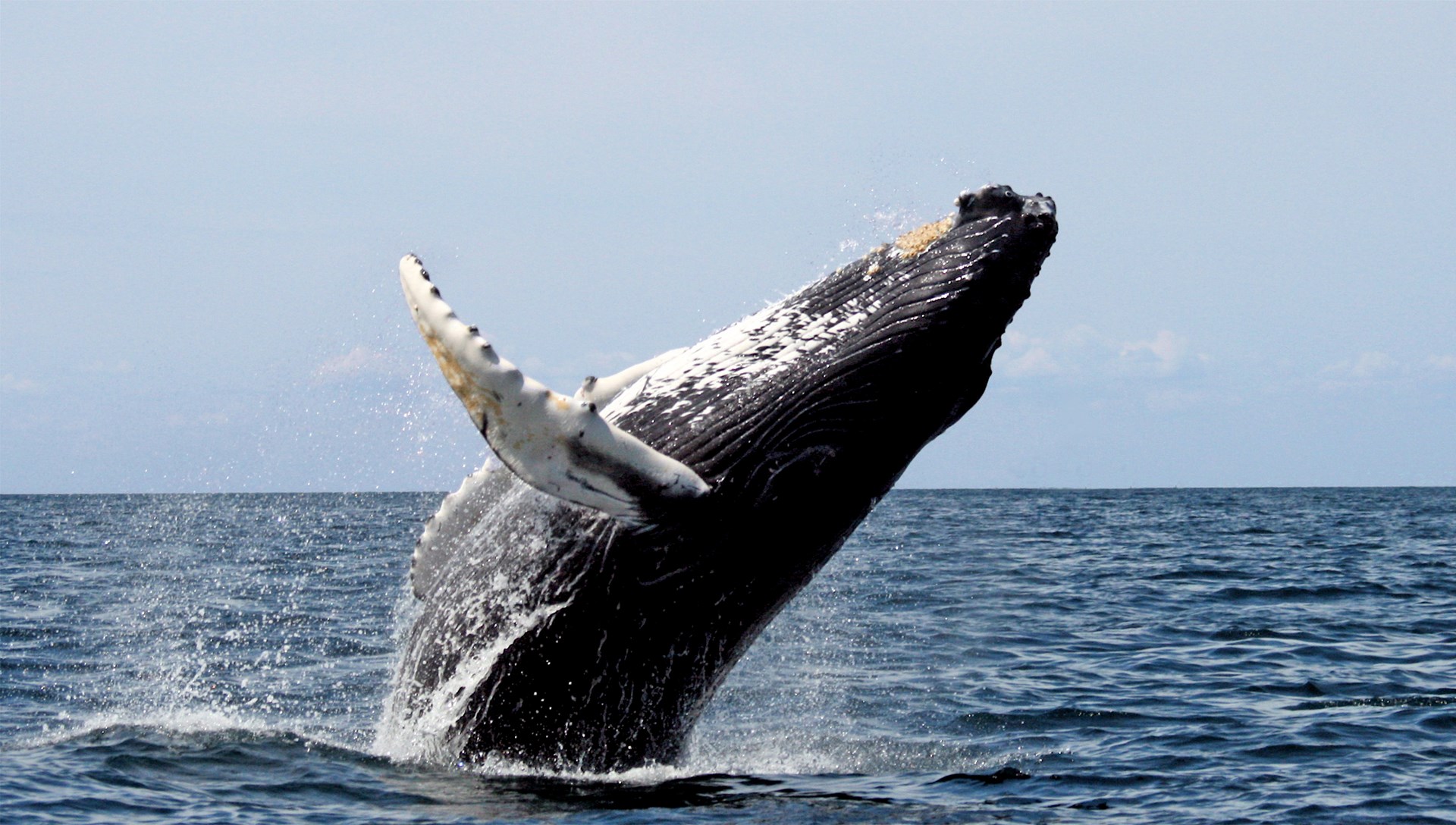 It was one of the fastest decimations of an animal population in world history—and it had happened almost entirely in secret. The Soviet Union was a party to the International Convention for the Regulation of Whaling, a 1946 treaty that limited countries to a set quota of whales each year. By the time a ban on commercial whaling went into effect, in 1986, the Soviets had reported killing a total of 2,710 humpback whales in the Southern Hemisphere.

In fact, the country’s fleets had killed nearly 18 times that many, along with thousands of unreported whales of other species. It had been an elaborate and audacious deception: Soviet captains had disguised ships, tampered with scientific data, and misled international authorities for decades. In the estimation of the marine biologists Yulia Ivashchenko, Phillip Clapham, and Robert Brownell, it was “arguably one of the greatest environmental crimes of the 20th century.”

That’s from an excellent piece by Charles Homans in the Pacific Standard. The Soviets killed some 180,000 whales illegally, driving several species to the brink of extinction. But why? The obvious answer is wrong:

…the Soviet Union had little real demand for whale products. Once the blubber was cut away for conversion into oil, the rest of the animal, as often as not, was left in the sea to rot or was thrown into a furnace and reduced to bone meal—a low-value material used for agricultural fertilizer, made from the few animal byproducts that slaughterhouses and fish canneries can’t put to more profitable use….Why did a country with so little use for whales kill so many of them?

The actual answer has a lot to say about the impossibility of rational economic calculation under socialism (and also the lesser but still important problem under capitalism of mispricing in the presence of externalities and the difficulty of aligning private and social incentives). The answer did not appear until 2008 when, long after his death, the memoir of Alfred Berzin, a Soviet-era fisheries scientist, was translated and published. Homans summarizes:

The Soviet whalers, Berzin wrote, had been sent forth to kill whales for little reason other than to say they had killed them. They were motivated by an obligation to satisfy obscure line items in the five-year plans that drove the Soviet economy, which had been set with little regard for the Soviet Union’s actual demand for whale products. “Whalers knew that no matter what, the plan must be met!” Berzin wrote. The Sovetskaya Rossiya seemed to contain in microcosm everything Berzin believed to be wrong about the Soviet system: its irrationality, its brutality, its inclination toward crime.

Whalers knew that no matter what, the plan must be met! Looking for whales they would go farther and farther from the islands and bring rotten baleen whales to the stations, those which could not be used for food. This was not regarded as a problem by anybody. The plan—at any price! And whalers were killing everything.

Why bring in rotten whales? Without prices, the Soviets had to calculate in very crude terms, most notably gross output. In the famous cartoon, the nail factory is supposed to produce X tons of nails and finds the easiest way to do this is to produce a single large nail. The cartoon illustrated a real problem in the Soviet economy which many have documented including Bezin.

Another concept—no less frightening, ugly, and absurd—was that of “gross output.” This was a typical creation of socialism and would be impossible in any other system. Gross output: this is when nobody is interested in a living object itself, and the only thing they care about is the size of the catch. It is reports giving figures in tsentner [100 kilos, AT] and metric tons, even if it is fish that were thrown out, or rotten whales.

The whalers were paid well but it wasn’t just positive incentives. The history of the industry was never far from mind. Quoting Homans again:

Whaling fleets that met or exceeded targets were rewarded handsomely, their triumphs celebrated in the Soviet press and the crews given large bonuses. But failure to meet targets came with harsh consequences. Captains would be demoted and crew members fired; reports to the fisheries ministry would sometimes identify responsible parties by name.

Soviet ships’ officers would have been familiar with the story of Aleksandr Dudnik, the captain of the Aleut, the only factory ship the Soviets owned before World War II. Dudnik was a celebrated pioneer in the Soviet whaling industry, and had received the Order of Lenin—the Communist Party’s highest honor—in 1936. The following year, however, his fleet failed to meet its production targets. When the Aleut fleet docked in Vladivostok in 1938, Dudnik was arrested by the secret police and thrown in jail, where he was interrogated on charges of being a Japanese agent. If his downfall was of a piece with the unique paranoia of the Stalin years, it was also an indelible reminder to captains in the decades that followed.

Bezin, a scientist, writes about who got to the top in the Soviet system:

..As a rule, the people who became commissars were the ones who couldn’t find another job. They were not very smart but were very conceited, self important individuals, especially after they had been given a taste of power, and especially over other people. Those who were thinking about a career in the party system, who could speak loudly and authoritatively from a podium, and who curried favor with the boss, these people could climb the party ladder quickly, and high up.

…Russian people have a good sense of humor, and even when they should be crying they laugh…Here is [a Russian joke]: On the counter of a store there are different types of brains. Among them are commissar brains, which are being sold for a price many times higher than those of farm animals. “Why are the commissar brains so expensive?” asks a customer. The assistant replies, “Do you know how many commissars we have to slaughter to get one kilo of brains?”

For seventy Soviet years the industry of lies was created, shaped, and perfected in the country. Lies were encouraged and cultivated, and people were forced to lie. Lies in art, lies in movies, on TV, on the radio, and in newspapers. One of my colleagues was saying: “Why do I need Crocodile? When I go to work I buy the newspaper Pravda and all the way to the institute I am dying from laughter.” Lies in the numbers of the Central Statistics Department. And facts about Chernobyl were lies, dreadful and inhumane, deserving of damnation. Lies about the history of our country, which the leaders of the country changed to suit their needs. To the latter, people reacted with a wicked grin: “An institute of experimental history has been created!”

…People were lying whether they needed to or not, and I would say that the lying was pathological and at all levels. From the most blatant lie at the international level…to naïve but proud lies like: “Soviet means the best.” Sometimes they were self-assured but silly, as for example in this poetic sentence: “As it’s known, the earth begins with the Kremlin”; or they were absolutely idiotic: “The whole Soviet country is song and dance all day long.” Just think of the meaning of these words! You could hear on radio and at concerts singing like: “Like an owner, a person walks through the boundless native land,” or “How wonderful it is to live in the Soviet country. . .” And all of these were promulgated in the 1930’s when the country was surrounded by the barbed wire of fearful GULAG’s . . .

This article is republished with permission from Marginal Revolution.