Politics Is Poison to the Human Spirit

Politics blinds us to the beautiful community and commerce that surround us. 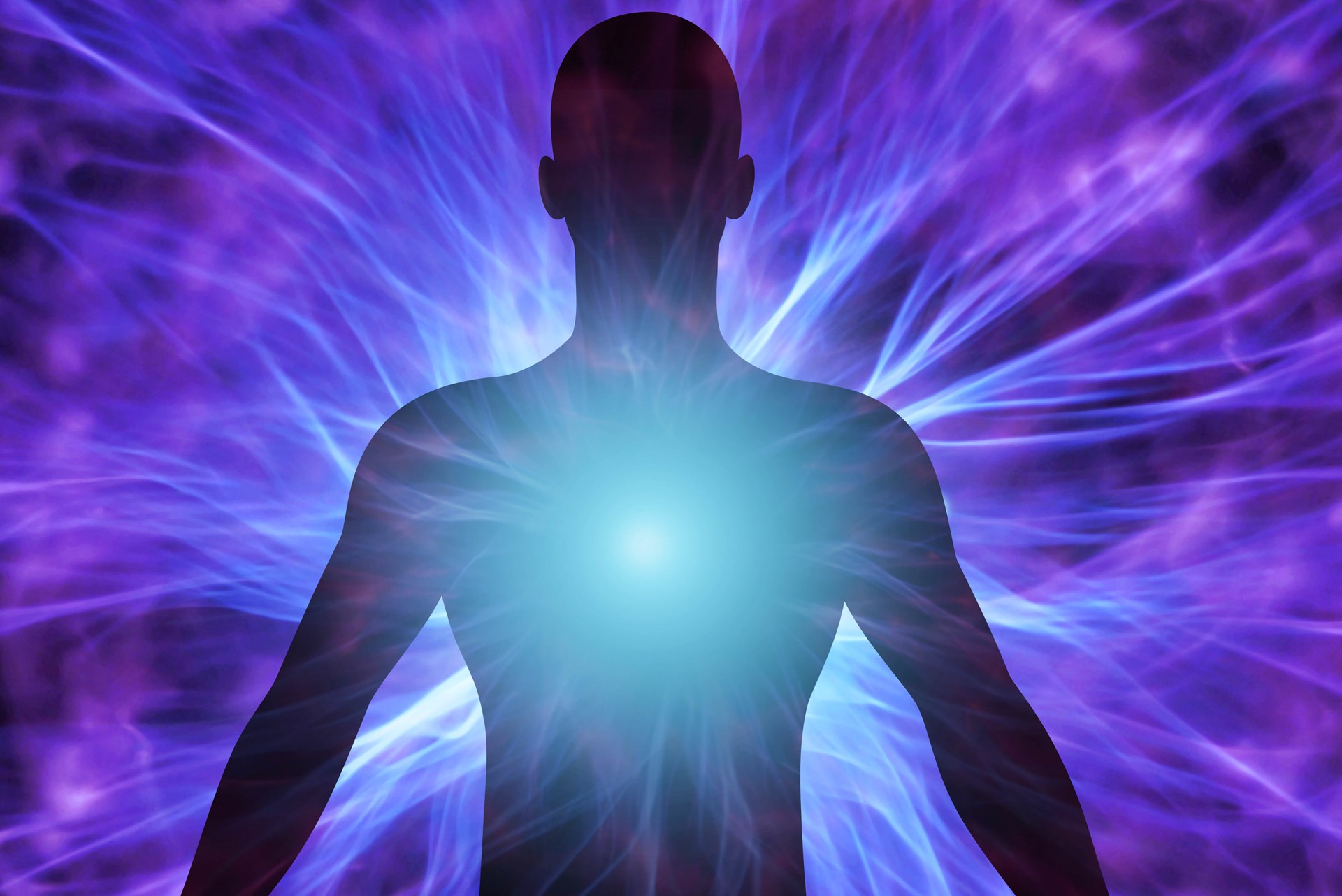 You know what we need right now? A trip to the mall, not even to buy, but to observe and learn. See how people engage with each other. Observe how they coordinate their movements in the public spaces without direction. Appreciate the kindness that salespeople show for customers whom they do not know, and how this ethos of mannerly sociability extends out to the hallways and the entire space. Consider the complexities of production that make all of this available to you without mandates or impositions.

Or perhaps we need a walk in the park while playing Pokemon GO, meeting new people and laughing with them. It’s fascinating how the mobile app creates a digital reality that sits atop the real one, and how we can all experience this technological marvel together. Strangers are given an excuse to speak and get to know each other.

In this extremely strange election year, escaping the roiling antagonism and duplicity of politics a might be essential for a healthy outlook on life. Really, just any visit to an awesome commercial center, teeming with life and full of human diversity, would be palliative. Or maybe it is a visit to a superstore to observe the products, the service, energy, the benevolence, of the commercial space. We can meet people, encounter their humanity, revel in the beauty and bounty of human life. Or it could be your local watering hole with its diverse cast of characters and complicated lives that elude political characterization.

Also thrilling is to attend a concert and see how the arts and music can serve as a soundtrack to the building of community feeling. With public performance, there are no immigration restrictions to the category of “fan.” We can sing, clap, and dance to shared experience, and everyone is invited in.

And while in these places, we need to reflect on the meaning of the existence of these spaces and what they reveal about ourselves and our communities. Here you will see something wonderful, invigorating, thrilling, magical: human beings, with all our imperfections and foibles, can get along. We can provide value to each other and find value in each other. We can cooperate to our mutual betterment.

These spaces are all around us. And here politics don’t exist, mercifully. No one will scream at you or threaten you for failing to back the right candidate or for holding the wrong ideology or being part of the wrong demographic or religion. Here we can rediscover the humanity in us all and the universal longing for free and flourishing lives.

In this extremely strange election year, escaping the roiling antagonism and duplicity of politics, and finding instead the evidence all around us that we can get along, however imperfectly, might actually be essential for a healthy outlook on life.

Politics Makes a Mess of Our Minds

Some startling new evidence has emerged about the effect of this year’s election on the psychological well being of the US population. The American Psychological Association has released an early report on its annual survey and found that more than half the population reports being seriously stressed, anxious, alarmed, depressed, and even frightened by the election. Essentially, the constant coverage, dominating the news every minute of every day, is freaking people out.

It’s one thing for politics to mess up the world around us, but it’s a real tragedy if we let politics mess up our minds, spirits, and lives.I totally get this. I’ve felt it – some nagging sense that things are not quite right, that the lights in the room are dimming, that life is not quite as hopeful and wonderful as it usually is.

I’ve regarded this as my own fault; for the first time I’ve followed this election very closely. I made this awful bed and now I’m lying in it. The message that politics beats into our heads hourly is that your neighbor might be your enemy, and that the realization of your values requires the crushing of someone else’s.

That’s a terrible model of human engagement to accept as the only reality. It is demoralizing, and I’ve felt it this year more than ever. But everyone I know says the same thing, even those who are trying their best to tune it out. Now we have evidence that vast numbers are affected. It’s one thing for politics to mess up the world around us, but it’s a real tragedy if we let politics mess up our minds, spirits, and lives.

Why Is this Happening?

Carl von Clausewitz is believed to have said that “war is merely the continuation of policy by other means.” It may be more accurate to say that politics is the continuation of warfare by other means. There are winners who get the power and what comes with it, and losers who forfeit power and pay. This isn’t like business competition in which my win only affects your future revenue stream. In politics, my win comes at your expense through the violence of state action. That’s what gives this moment prescience.

Watching the state’s political gears in motion is an ongoing exhibition of low-grade warfare that seems to demand that we fight or take cover. We all have some sense, whether true or not, that so much is at stake. Then you look at the epic unpopularity of the candidates and it is truly amazing. If the Republican weren’t running, the Democrat would be the most despised candidate for the presidency in American history. Then you add to that the beyond-belief loathing of the GOP candidate and you really do gain a sense of the seeming hopelessness of it all.

And talk about divisive! Look at these angry rallies, the screaming for destruction of the enemy. And this has spilled over to social media. We are all losing friends. People we used to hang out with we no longer speak to. Whole population groups are feeling afraid of what’s coming – and this is true of everyone no matter their race, religion, or gender. Predictions of the coming doom are everywhere around us.

And there is a sense in which they are all correct. As Bastiat explained, the state turns people against each other, shattering the harmony of interests that normally characterizes human life. Watching the state’s political gears in motion is an ongoing exhibition of low-grade warfare that seems to demand that we fight or take cover. The shrillest voices, the meanest temperaments, and the most amoral plotters are the ones who dominate, while virtues such as wisdom, charity, and justice are blotted out.

Is it any wonder that this is not exactly uplifting of the human spirit?

What if the whole of life worked like the political sector? It would be unrelenting misery, with no escape, ever. As it is, this is not the case. We should be thankful for it, and remember that the thing that makes life wonderful, beautiful, and loving is not crushing your enemy with a political weapon but rather the gains that come from turning would-be enemies into friends in an environment of freedom.

We don’t really want to live amidst anger or revel in the destruction of our enemies. Hate is not a sustainable frame of mind. In these environments, we have the opportunity to discover a different model of human engagement. By letting people choose, innovate, associate, and cooperate – to do anything peaceful – we discover proof that human beings can self-organize. We can get along. We can build wealth. We can create institutions that reward goodness, charity, justice, and decency. We can serve ourselves and others at the same time.

A slogan passed around some years ago in academic circles was that “the personal is the political.” That sounds like hell on earth. The slogan should be flipped and serve as a warning to all of us: whatever you politicize will eventually invade your personal life. We should not allow this to happen. The less that life is mediated by political institutions, the more the spontaneous and value-creating impulses in our nature come to the fore.

I’m convinced that we all want this. We don’t really want to live amidst anger or revel in the destruction of our enemies. Hate is not a sustainable frame of mind. We intuitively understand that when we use politics to hurt our neighbor, we are also hurting ourselves. We are being dragged down instead of being lifted up.

We owe the good life to the remaining liberties we have to discover the possibility of genuine human community all around us. Without liberty, the world would sink into a pit of mutual recrimination and violence. Human beings thrive in the absence of politicization. Discovering that great truth is one way to avoid the mire into which the politics of our time seeks to plunge us.