One need only look to the quality and variety of off-the-shelf costumes to see how far the global economy has come.

There are many different ways that economists attempt to illustrate how much wealthier we have become over the past few decades and centuries. From the crude yet popular measurement of increasing GDP per capita to showing just how cell phones have miniaturized from their earliest days to become more powerful than the supercomputers of even a decade ago, there’s no shortage of ways to show that humanity today is wealthier than ever before.

But this season I would like to suggest a different proxy for our increasing wealth: the dramatic improvement of Halloween costumes.

Costumes Used to Be Horrible

While my husband and I were recently struggling to figure out our costumes for this Halloween (and we still don’t have any idea), he pulled up some old commercials on YouTube. The off-the-shelf options that trick or treaters had were, in a word, pitiful.

Basically, costume makers thought it was ok to make a front-only plastic mask (in any color, really) of a character and top it off with a plastic smock featuring an illustration of said character with either its name or the name of the show or movie it comes from. There was no attempt to dress in the character’s actual attire. If you wanted that, you’d either have to know a professional costumer or cobble together something from your closet.

Take a look for yourself at just how costume-poor we used to be: 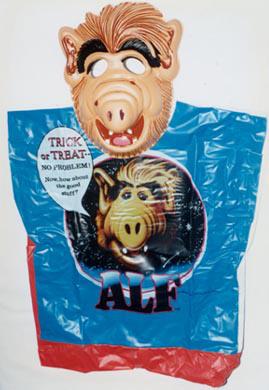 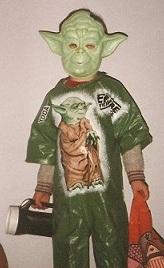 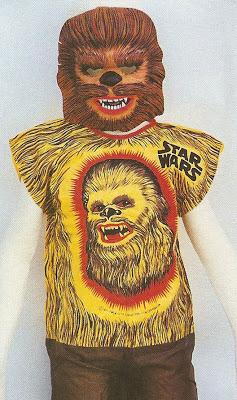 Obviously, every costume is an opportunity to generate interest in a brand or franchise, and slapping on a logo is an easy way to get a name out there, but these costumes truly heralded a dark time for Halloween. Some may even argue that it demonstrated crass consumerism at its worst, with cynical companies taking the easiest route to grabbing a couple of bucks from desperate parents.

Specialization Gets Us What We Want

Specialization is the idea that individuals (and companies) focus on a particular skill or stage of production in order to produce a specific good or service efficiently. Specialization is also sometimes referred to as the division of labor because it’s a process through which economic actors play to their strengths and trade with others to complete a task efficiently. In fact, each of us takes advantage of specialization in the division of labor in the course of living daily life. We rely on others to produce our food, build our houses, and to make our Halloween costumes. We do what we do best to earn money to pay others for the things we can’t or prefer not to do.

Due to increased specialization, yesterday’s sweatshop worker is today’s entrepreneur—and we all benefit.

Specialization exists in every economy to greater or lesser degrees. The reason that we are living today in a Halloween costume renaissance is that specialization truly has gone global. This is not to say that those shameful mask-smock costumes weren’t made overseas—rather that economic production in every area today has become global, allowing people and companies worldwide to trade on their strengths.

This process delivers the necessities of life so well to us today that it has also freed more and more resources for producing the niceties, such as good Halloween costumes. Now, instead of talented Chinese people sewing t-shirts, they’re beginning companies and designing Avengers costumes that are being mass produced in Bangladesh for sale worldwide. Due to increased specialization, yesterday’s sweatshop worker is today’s entrepreneur—and we all benefit.

Economist James Gwartney explained how our rising living standards are due to growing global trade:

Our modern living standards are almost entirely the result of investment, entrepreneurial discovery, and gains from depersonalized trade—trade between people who do not know each other and often never meet. As Adam Smith noted long ago, the division of labor is limited by the extent of the market. Much like a telephone or an Internet system, a market economy is a network good. As the size of the market expands from the local town or village to the region, nation, and beyond, network participants derive larger and larger benefits from trade, specialization, and economies of scale. For those connected to the global market, this system generates employment opportunities, high productivity per worker, and a vast array of consumer goods that are available at almost unbelievably low prices. This network system makes high-income levels and living standards possible.

The next time you compare our screen-accurate store-bought costumes of Darth Vader and Mr. Incredible to those of yesteryear, remember that we enjoy them today not because previous generations didn’t care for accurate costuming, but because growing trade across the globe has generated so much wealth for each of us that we can now demand things we may have only imagined previously.