Why Does the Afghanistan Quagmire Never End?

What exactly is the US military doing in Afghanistan? I’m hardly alone in wondering. 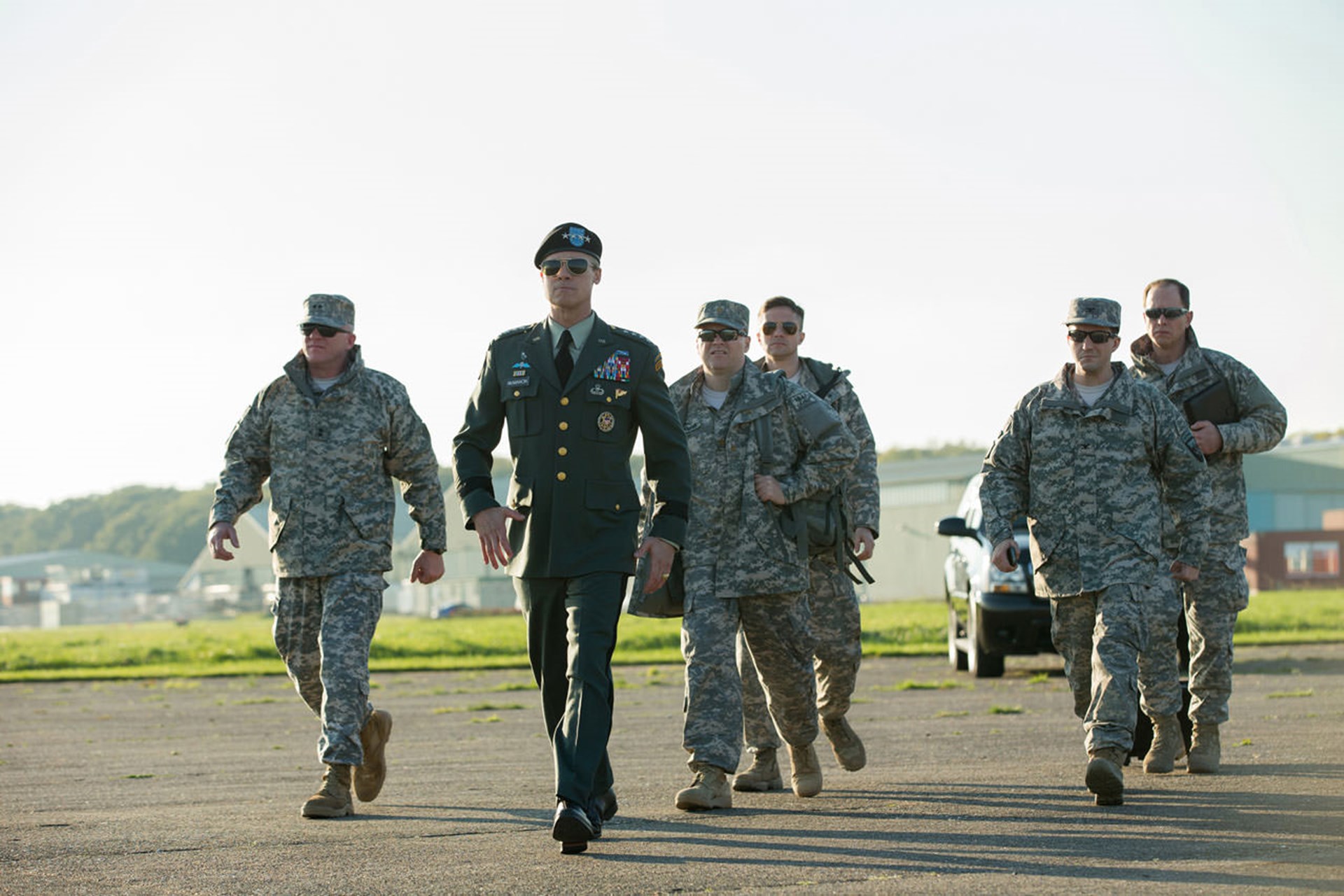 What exactly is the US military doing in Afghanistan? I’m hardly alone in wondering. The confusion is so widespread that opposition has bled into public indifference. After a decade and a half – six years longer than the US had troops in Vietnam – it’s just something we do.

What we are doing and why is another matter. Initially, the invasion had something to do with finding those responsible for 9/11. After that, there was never a clear answer, and so people who care turn to conspiracy theory, and understandably so.

Actually, Afghanistan has been on my mind much longer. I recall when the Soviets were trying to remake the country, and we Cold-War kids reveled in their failure. That they ever attempted such a thing in this vast country of seasoned warriors and fierce tribal loyalty seemed to underscore the bankrupting arrogance of the Soviet regime and the unrealizable delusion of communism.

As a kid, I wondered how the Russian people put up with it, knowing that their own government was sending its citizens to this vast and dangerous country, putting their lives at risk, killing and being killed, for no apparent reason. I recall feeling proud to live a country where the government would not do such a thing.

Today, we mostly try not to think about this war, unless a friend or family member is directly affected by it.

For this reason, it’s a great thing that Netflix’s 100-million subscribers have the opportunity to watch War Machine, a Netflix exclusive written and directed by David Michôd, and starring Brad Pitt, Anthony Hayes, John Magaro, and Emory Cohen. It is being advertised as a comedy but the reason is unclear. It is not particularly funny, unless you find humor in watching confused human failures unfold under impossible conditions.

It is based on the true story of General Stanley McChrystal, a forgotten figure today but briefly in the news in 2010. A story in Rolling Stone revealed the drunken aimlessness of the forces under his one year of command in Afghanistan. The story was a personal humiliation for him and he retired to teach classes at Yale University and run his own business consulting firm.

This general surely has the experience, prowess, and determination necessary to turn this war around.The film is a respectful and penetrating analysis of the mindset that drives missions such as the war in Afghanistan, the pretension that courage, determination, and will can in any way substitute for a lack of realism and clarity about mission and purpose.

In the film,  Gen. Glen McMahon (Brad Pitt) arrives fresh from some victories in Iraq, ready to take on the job of winning the war in Afghanistan. He is full of bravado and ready to whip the demoralized and cynical troops into shape. He has his full entourage in tow: press secretary, scheduling agent, trainers and assistants, and various other toadies and flatterers. Here is a picture of military greatness.

He lets it be known that a new boss is in town, and this one surely has the experience, prowess, and determination necessary to turn this war around.

The troops start to ask questions about precisely what they are supposed to be doing in this far-flung corner of the world. For starters, who precisely is the enemy? It seems that most every native of this country wants the Americans out. Every second civilian would gladly pull the trigger to kill an American soldier if he could. If the Americans are really there to serve the people and defeat the enemy, it becomes a problem that most everyone, so far as anyone can tell, is on the spectrum somewhere in between.

And surely there is no job beyond mastery under his command.The general retorts that the goal is to make Afghanistan democratic and bring the people roads, schools, and jobs. But the soldiers caution that democracy doesn’t seem to mean the same thing here as in the US. People generally vote for the person the tribal leader picks, and no one is willing to acquiesce to the dictate of the person who wins if it turns out not to be their choice.

That is not a crazy view, if you think about it. It takes some degree of civic indoctrination to make people believe they should be ruled by someone they can’t stand.

Still, the general is fearless and undeterred by these cautionary notes. To his way of thinking, all that is really missing around this place is an iron will to succeed. He has exactly that. He eats only one meal a day. He sleeps four hours at night and no more. He runs 6 to 7 miles every morning. He is a pillar of discipline, hard work, and focus. Surely he is the right man for the job. And surely there is no job beyond mastery under his command.

He gets to work, starting with...meetings. And more meetings. There are Skype calls with D.C., various commanders to glad hand, logistics to master, and plans to be made. At some point, he meets with the president of Afghanistan, hand picked by the Americans. It turns out that he is just a figurehead whose health is not good. He spends much of his day and evening watching American movies on his VCR and large screen TV. The general consults him regularly, and the president routinely approves whatever he wants to do.

Always the general steels himself for battle with his eating, sleeping, and running routines.The film provides a compelling picture of the core problem in Afghanistan, a vast country, dangerous terrain, absolutely no central place of control, and a massively diffuse structure of authority. The American troops have no trouble suiting up, slinging around some serious weaponry, and driving here and there in military trucks. What precisely that accomplishes is unclear. Yes, the Americans technically control the ground underneath the wheels of their trucks but that’s about it.

You are halfway through the movie when you realize that...nothing much is actually happening. Everyone is working hard, going through various routines, meeting with each others, getting briefed and giving briefings, staying in contact. Always the general steels himself for battle with his eating, sleeping, and running routines.

Just at the point the audience realizes that nothing much is happening, General McMahon seems to realize it too. He has heard that the Southern territory of the Heldman province had been completely lost to the Taliban. The general decides that this should be the focus of his efforts. He will show that the Americans can win here, and this will change the direction of the total war. And let there be no question: under his blessed leadership, American will win.

In real life, this was known as Operation Strike of the Sword, and became legendary as a real turning point in the war, with the full entrenchment of a new realization: this war cannot and will not be won. The operation involved some 4,000 American troops, 460 soldiers from Afghanistan, and some logistical support from Europe allies.

The soldiers move from building to building with a slow burning sense of inner terror.This part of the film is a genuine achievement for its harrowing realism, terrifying aloneness, and randomized violence and treachery. As it opens, American helicopters drop off the troops in the dead of night, somewhere in the desert, and they move in for hours and finally reaching what seems to be a ghost town by sunup. Already days before, the Americans had dropped leaflets telling all civilians to evacuate, so the troops just assumed that anyone remaining was an enemy combatant.

The soldiers move from building to building with a slow burning sense of inner terror. What exactly are they seeking to do around here anyway? They are trying to stay alive, that’s for sure. But who are they trying to subdue? There doesn’t seem to be anyone around, until one soldier is hit by a sniper bullet. Here matters get real and they stake out positions on a roof and start shooting back at nothing in particular, and dropping small-scale explosives on buildings.

What I appreciated most about this presentation was what seems to be its realism, a gripping visual of the sheer aimlessness of this mission. The soldiers are all trained and suited up for conventional war but this war is anything but conventional.

The empire has all the old form but none of the substance.War Machine is nowhere near the epic quality of a film like Apocalypse Now (the devastating film about Vietnam) but each leaves you with a sense of what has gone incredibly wrong in US war missions abroad. Apocalypse leaves the viewer with the sense that this was the wrong mission at the wrong time, conducted in the wrong way.

War Machine’s critique of the Afghanistan war has further reaching implications. On one level, it is a fantastic illustration of the principle that courage, strength of will, and dogged determination do not suffice to make fantasy reality. More broadly, the film seems to reveal an entire empire in decline, a machine that runs off a memory of some past heroism that has absolutely no relevance in the 21st century. The subplot of the general’s own marriage (a heartbreaking story) seems to serve as an allegory of the American empire itself: it has all the old form but none of the substance.

It does raise the question again: what precisely are we doing there? So long as I’ve been on this earth, the United States has been involved in one main war and one or two smaller wars. It never seems to end.

Patriots, please forgive me such dark thoughts.Is there some checklist in Washington somewhere that says that this must always be true, no matter what, and everything else is just an excuse? Is this what justifies the budgets, the funneling of tax dollars from the revenue agents to the military contractors and to the military bureaucracies, so that everyone can get their cut and so the status quo can last long after it ceased to have much relevance?

If there is any truth to this suspicion, it becomes clear that it doesn’t actually matter that there is no way to win the war in Afghanistan. The point is not to win but rather to keep the appearance of fighting going as long as possible. After all, if this can go on for 16 years, why not 20? Why not 50 years? Maybe Washington has discovered that a quagmire is not a failure or a defeat but rather an opportunity.

Patriots, please forgive me such dark thoughts. I await a better explanation.