Who Will Save Disney Co. from Chinese Snow White?

Disney vows to take action over a “Snow White” that appeared at the Wanda theme park in China:

Imagine if in 1937, you had told someone that 80 years later Disney would be suing someone in China for dressing up like Snow White. People would have rolled their eyes in disbelief. In 1937 China was being invaded by Japan, and Snow White was the least of their concerns.

Exactly what sort of intellectual property is being defended here? And what is the societal benefit from this property? I suppose one could argue that without 80-years of intellectual property protection, Mr. Disney would have had no incentive to create lovable characters such as Snow White. Except that Snow White is not a Disney creation — the story was written by the Grimm Brothers in 1812 (and they might have been merely retelling folk tales).

Did Disney pay the estate of the Grimm Brothers back in 1937, for stealing their idea to make a movie? I don’t know the answer, but I can guess.

Okay, so Snow White is not Disney’s intellectual property. But maybe they should have property rights over the costume she wore in their 1937 film. But is the Chinese Snow White actually wearing that costume? 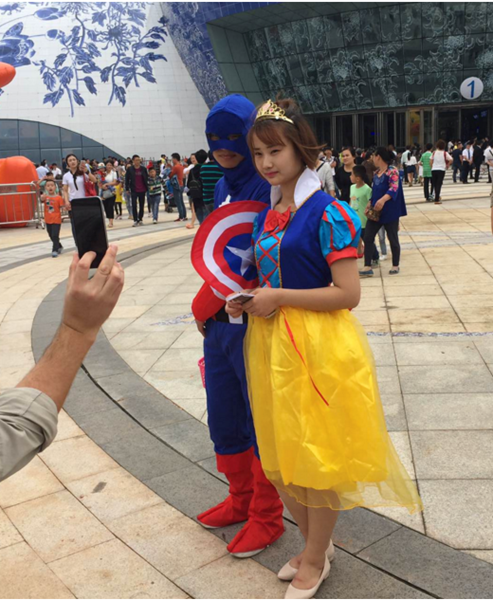 Now let’s take a look at the Disney Snow White, from the famous 1937 film: 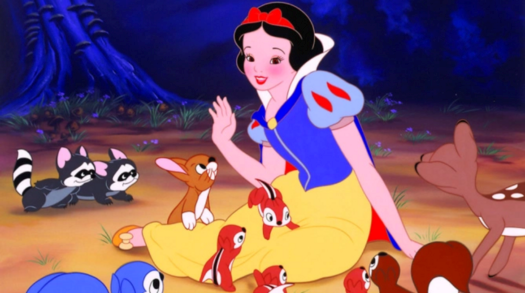 Wikipedia describes Snow White as follows: "Some time later, the Good Queen gives birth to a baby daughter with skin as white as snow, lips as red as blood, and hair as black as ebony."

Notice that the Wanda park seems to have found the only young woman in all of China with hair that is not black. (The non-ivory skin is a bit more excusable.)

Even Disney seems to concede that this is not actually Snow White:

“We vigorously protect our intellectual property and will take action to address infringement,” the company said in an e-mailed statement Monday in response to Bloomberg News queries about the characters, who resembled ones from Disney.

“Our characters and stories have delighted generations, these illegal and substandard imitations unfortunately disappoint all who expect more.”

So the social justification for this intellectual property is not to encourage innovation, or even to maximize the flow of money from Asian consumers to wealthy American corporations, but rather to protect the feelings of Chinese kids, who might be disappointed that this doesn’t look like the “real Snow White”, which doesn’t mean the Snow White of the Brothers Grimm, but rather the Snow White of Disney. Obviously, Chinese consumers who chose the Nanchang Wanda theme park over the Shanghai Disneyland would expect exact replicas of Disney figures at Wanda.

Since even Disney concedes that this girl doesn’t look like Snow White, what’s the actual claim here? Perhaps Disney is claiming that any young Chinese woman wearing a blue top over a yellow skirt is engaged in an homage to Snow White, and should have to pay royalties to Disney.

But who first showed the beauty of the yellow/blue combo? I’d say Vermeer: 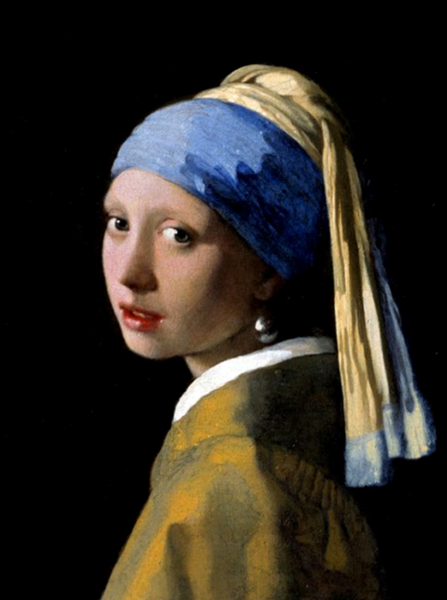 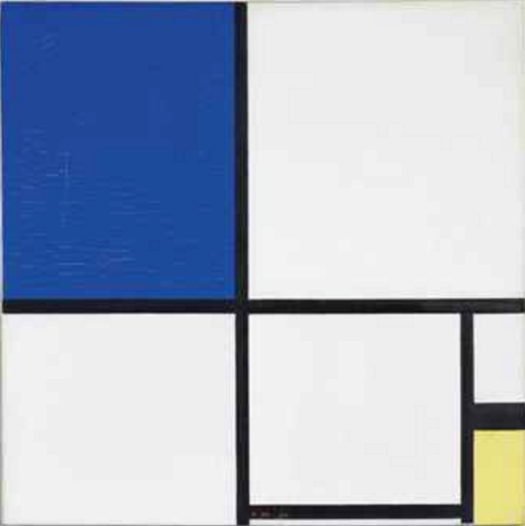 This article first appeared at the Money Illusion.