What Weimar Germany Teaches Us about Universal Basic Income

Germany tried paying people for not working after WWI. It didn't turn out so well. 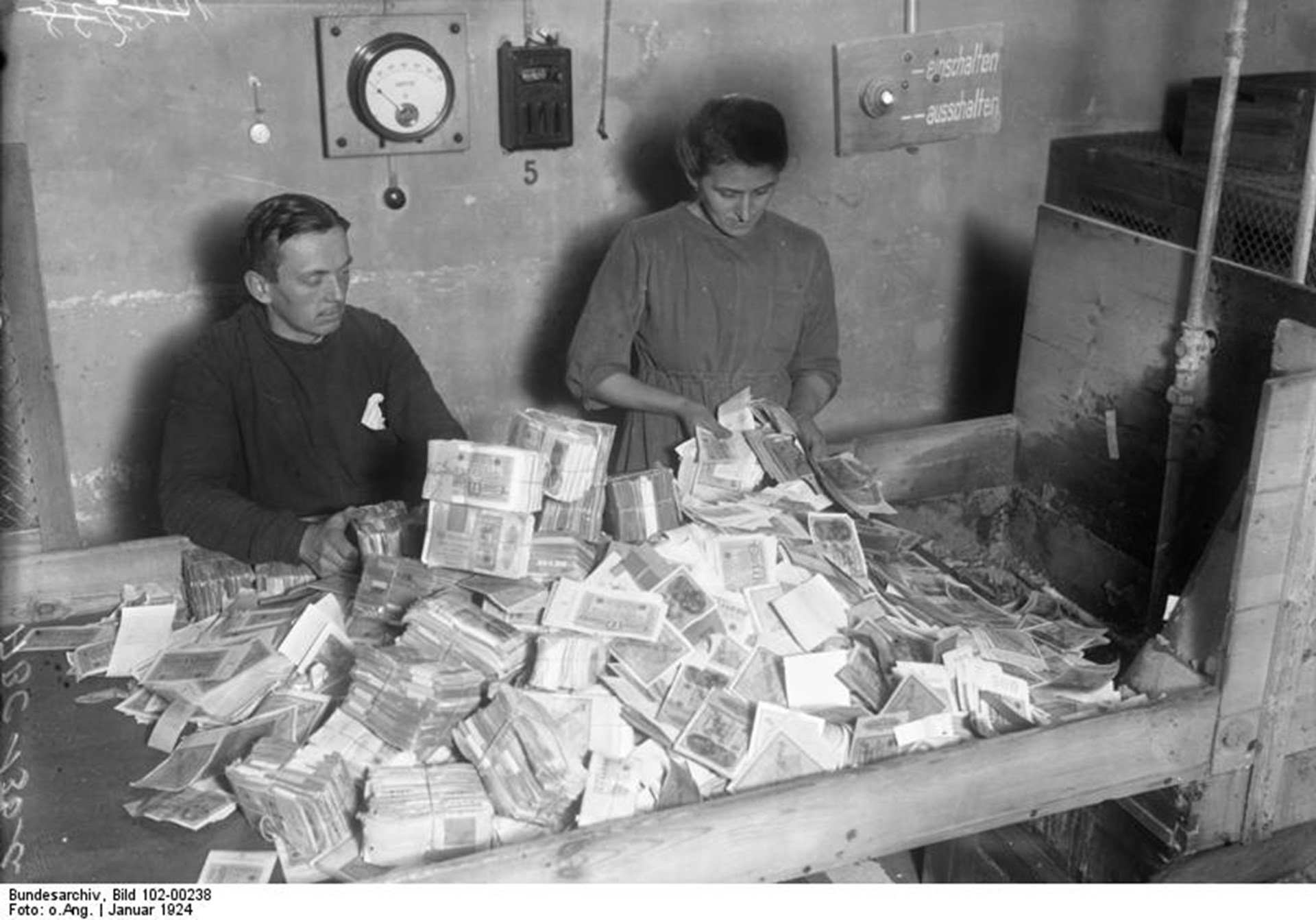 Massive government debt, sky-high unemployment, the economy frozen, idle workers receiving payments from the government. This might sound like COVID-19, but I am actually talking about post-World War I Germany.

If your high school history teacher skipped this story, here's a bullet-point recap:

Fast-forward to 2020. Massive government debt: check. Entire sectors of the economy frozen: check. Large portion of population unable to work: check. Government giving handouts: check. Calls for more handouts: check. Pick any western country and this would be a pretty accurate description of its current state.

Let’s continue our history refresher. Remember those old black-and-white pictures of children playing with stacks of money? Or people burning money rather than firewood, because money was cheaper than firewood? That’s interwar Germany and as many assume, in the midst of a financial crisis caused by a Wall Street crash.

Let’s go back to today. Giving people money “just because” is essentially Universal Basic Income (UBI). You can call it “stimulus checks” if you want, but if the one-time payments transformed into monthly payments, at some point you have to admit that the essential discussion is about UBI and not “extraordinary measures.”

There are many arguments for and against UBI, but one often overlooked issue is whether or not UBI stimulates the economy. The often-presented case follows a line of reasoning similar to this example: People receive their UBI, they spend that money on hot dogs, the owner of the hot dog stand will then have money to visit a barber, the barber will then have money to buy hot dogs. Call it the “Circle of Life” if you are into “Lion King,” or the “Circular Flow” if you are into economics.

Financing UBI by borrowing is another option. But borrowing is essentially using the resources of tomorrow to finance consumption today. You can consume more today at the expense of tomorrow, but that’s just saddling future taxpayers with debt.

There is an argument that borrowing should not be of concern because if we invest the borrowed resources right, it will lead to such an explosion of economic growth that repaying the debt will be easy; after all, businesses borrow all the time. But think for a second. How will borrowing money and giving it out to everyone, regardless of what they do, lead to long-term economic or technological breakthroughs?

Finally, there are those who say we should just print money and give it out to everyone. But there’s a cemetery of economies full of countries who’ve tried just that: Zimbabwe, Venezuela, interwar Germany, and even the Roman empire. Economic welfare is not how much money you have, but what you can buy with it. If you continue printing money, sooner or later money will lose value.

Admittedly, there are many factors involved that can mask inflation (e.g. falling oil prices). It could take much longer for the US to get there than interwar Germany, but the basic mechanism is the same.

Some say that inflation is a price worth paying to have everyone employed. But wouldn’t people receive UBI regardless of their employment? Unless someone has a logical explanation backed up with some empirics on how giving everyone money—regardless of whether you work or sit on a couch—encourages you to work, it is merely wishful thinking for now.

UBI is no miracle. Those that peddle it are no visionaries or Santas. Those who oppose it are not scrooges. It is a very serious issue with the potential to sever the link between effort and reward. If you worry about the situations where people ask to be fired because living on temporary benefits is better than working, what do you think will happen when we just start handing out money to everyone forever?