What Was So Innocent about the Gilded Age? 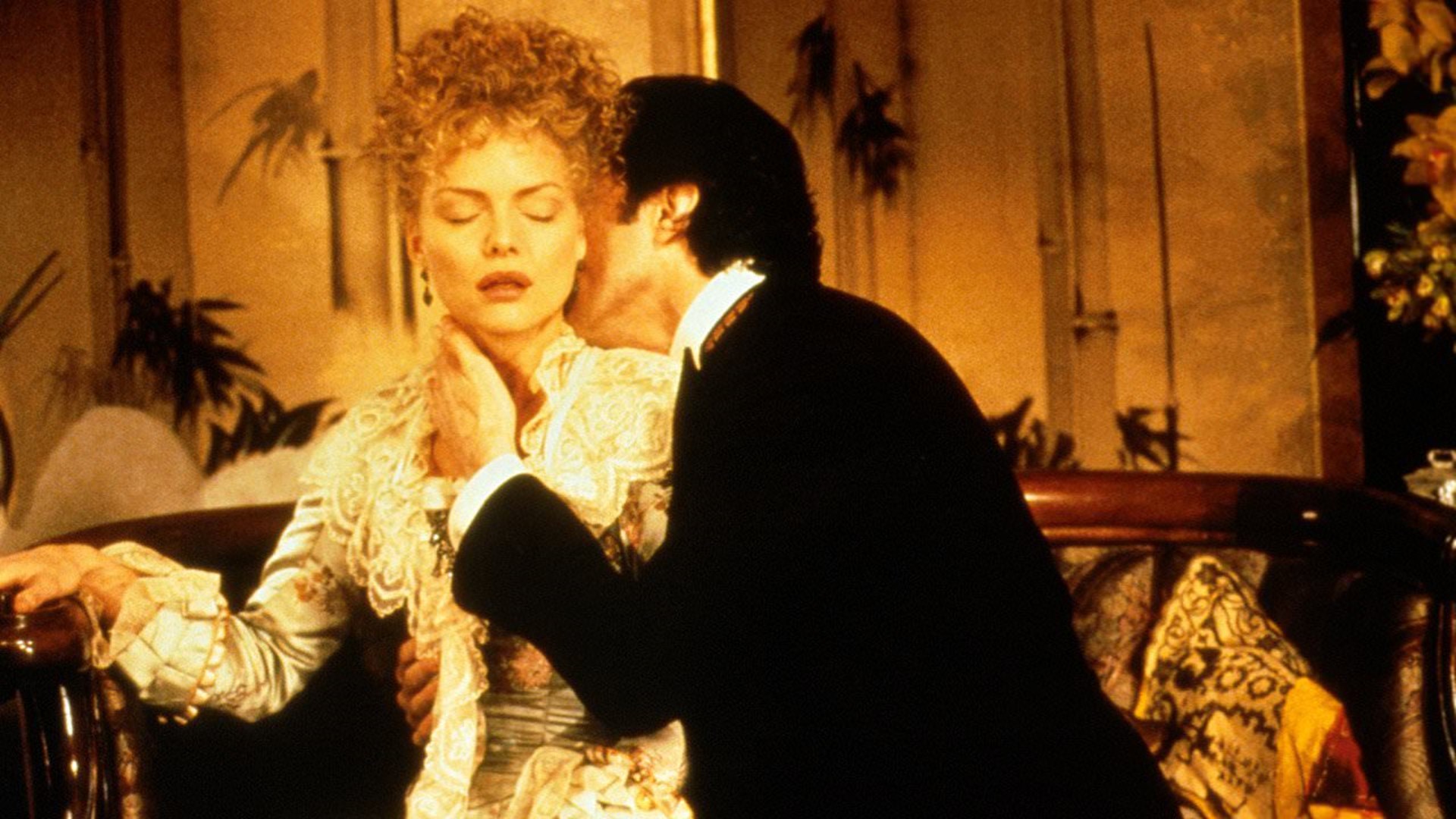 Some years ago, I became intrigued by the culture and economy of the Gilded Age (America, roughly 1870 to 1913), the last glimmer of the Belle Époque. These were the final decades of the age of laissez faire, a time of astonishing invention, life expansion, explosive prosperity, and peace. A new world was being born. A new ruling class was born too, not of privilege but of merit in a capitalist economy.

Wouldn’t it be nice to live in times when the biggest threat to social order was the ongoing war between the Hatfields and McCoys?For most Americans, this period of history remains unreported but for the legendary myths of the “robber barons.” What is not often understood is the jaw-dropping change in the way people came to live. Think of it. In one or two generations, we were introduced to mass commercial markets for books, internal combustion, common use of steel in bridges and tall buildings, electricity, geographical noncontiguous communication, and eventually telephones, indoor heating, flight, and huge medical advances leading to declining infant mortality.

Even if this list causes you to yawn, consider a more pressing invention to come out of the Gilded Age: the hamburger. That’s right: it was first introduced at the 1904 World’s Fair. These were once wonderful events, showing all the newest and coolest things coming in a world that most everyone thought had the brightest possible future. After all, kings and presidents were diminishing in stature and the captains of industry were rising, leading the whole of humanity to an age of opportunity and plenty for all.

Obviously, no one alive then knew it was all going to come to an end in the bombs, fires, and poison gas of the Great War. The freedom of the period did actually end in the building of a total state, with incomes taxed, banks centralized, borders controlled, schooling made compulsory, every labor contract regulated, and commercial life regulated by government. The worst of it was the war itself. It was not limited to a soldier's war; through the draft and aerial bombings, the war became total.

Mark Twain comes to mind when I think about the Gilded Age. He was a dedicated liberal of the old school, an opponent of every restriction on the freedom of mind and action. The tyranny that remained in his world that often grabbed his attention was the family feud, which he found to be tribal and reactionary in the extreme. And surely everyone agrees! But wouldn’t it be nice to live in times when the biggest threat to social order was the ongoing war between the Hatfields and McCoys?

The Age of Innocence

Sharing my love of these times was the late Joey Rothbard, wife of Murray. We used to talk about the Gilded Age all evening, particularly the culture of the times: the music, painting, architecture, and daily technology. She frequently recommended that I read Age of Innocence by the great American writer Edith Wharton. She told me that more than any other work, this book captured everything I needed to know. She kept asking me if I had read it yet. I was too busy with my head full of political economy so I never got around to it.

Then the other day, I found it: a movie version made in 1993 starring Daniel Day-Lewis, Winona Ryder, and Michelle Pfeiffer, as directed by Martin Scorsese. It is apparently accurate as regards the book, but I can promise you that this film is rapturously wonderful. I was so engaged from the first moment to the last. The book was written in 1920. Only at the distance of a few decades could a writer provide such a detailed, painful, and affecting look at lives and loves of a tiny sliver of the New York upperclass.

Whether you were in or out of “society” was all consuming. If you were in, you had to obey the rules. This crowd considered itself to be “society.” The use of that term alone is revealing. Today we call the whole of society “society.” But there was a time when only the upperclass owned this designation. What went on in “society” they imagined would somehow trickle down, class by class, to everyone else and come to define the very meaning of life for people in the country. It was an outrageous presumption, of course, but one taken for granted in countries burdened by monarchical privilege and governed with blood-and-soil ethos.

What this had to do with America is another matter. But for second and third generation Gilded Age nobility, people who had already begun to lose a sense of the primacy of work and creativity, living in the bubble of privilege was the essence of life. Whether you were in or out of “society” was all consuming. If you were in, you had to obey the rules. And there were as many rules as in Versailles at the height of the reign of Louis XIV. It’s not as if they were enforced by government either. They were emergent rules, but not of the Hayekian variety. They were adopted to consciously mirror what this crowd imagined to be the etiquette and style of life of English and European royalty.

Land of the Free?

The unlikely hero of the book and film is Ellen Olenska of American stock but raised in Europe and married into Polish aristocracy. This was hardly unusual. The European aristocracy was out of money whereas the emergent American aristocracy of merit believed it needed the “legitimacy” of the blood and titles of old Europe. The cross pollination of these two groups was a defining characteristic of “society” in those days. Ellen, however, finds her marriage stultifying (her husband had other interests) so she made her way back to America in search of freedom: freedom to divorce and live a full and rich life.

What she found was the opposite. It was not freedom. As a divorced woman, she would be excluded from society and could not marry into it. She would be something of a scandal. She didn’t mind that but she could never really get over why the Americans, given so much freedom and opportunity for social mobility, would consciously choose to affect ruled-bound, privilege-obsessed, class-consciousness of national cultural that had proven themselves such failures as compared with the more egalitarian classlessness of democratic society.

Here we have the subtle message of Edith Wharton’s masterpiece. What appears to be a celebration and romanticization of the greatest times and in the greatest place in the history of humanity is really a devastating criticism, not so much of government or industry but of a micro-culture that had come to eschew the revolutionary ethos that had given rise to such prosperity in the first place. I can’t imagine a book that reveals this so fully.

Now I entirely understand why Joey Rothbard loved this book so much. It seems to account for one of the great mysteries of the period, that is, why such marvelous freedom could have been so quickly overthrown without so much as a thought. A culture wedded to artificial social hierarchy eventually came to reshape the entire society in its rule-bound image.

People who long for freedom have been thinking for centuries about the relationship between a purely formal freedom, meaning an absence of government control, and a practiced liberalism that celebrates an ethos of liberality, characterized by tolerance, love of change, and an aspiration of economic and social progress.

The Gilded Age was given a glorious present of material prosperity heretofore unknown in the whole history of humanity. Must they go together? If the liberal spirit was absent, as it so often was in Gilded Age social bubbles, does this endanger the freedoms that were so hard-won by their ancestors? On the other hand, surely freedom also requires some measure of the discipline and even regimentation in which this crowd specialized in order to provide predictable patterns of rules and expectations. How much is too much?

These are fascinating questions, and Wharton, like the great novelist she is, leaves the answer ambiguous at the end. The protagonist is spiritually broken for failing to realize the fullness of his desires, and yet, all around him is the evidence of every other kind of success. Maybe in this world, we cannot have it all, and we must come to be satisfied with succeeding in every way we can within the framework we have been given.

The Gilded Age was given a glorious present of material prosperity heretofore unknown in the whole history of humanity. They believed it to be immutable and expected a future of more of the same. All that was required was an unrelenting passion for improving behavior and refining the delicate rules of personal engagement within the highest social circles. They became so internal, so focused on the improvement of the in-crowd, that they lost sight of the big picture.

So too have we been given some glorious gifts and opportunities in our times, amazing technologies and new ways of living that are transforming life for the better. Let us not lose sight of why and what that says about our future. Peace and prosperity should never be taken for granted.