War with North Korea Would Be Sheer Madness

Attacking North Korea would be simply mad, even criminal. 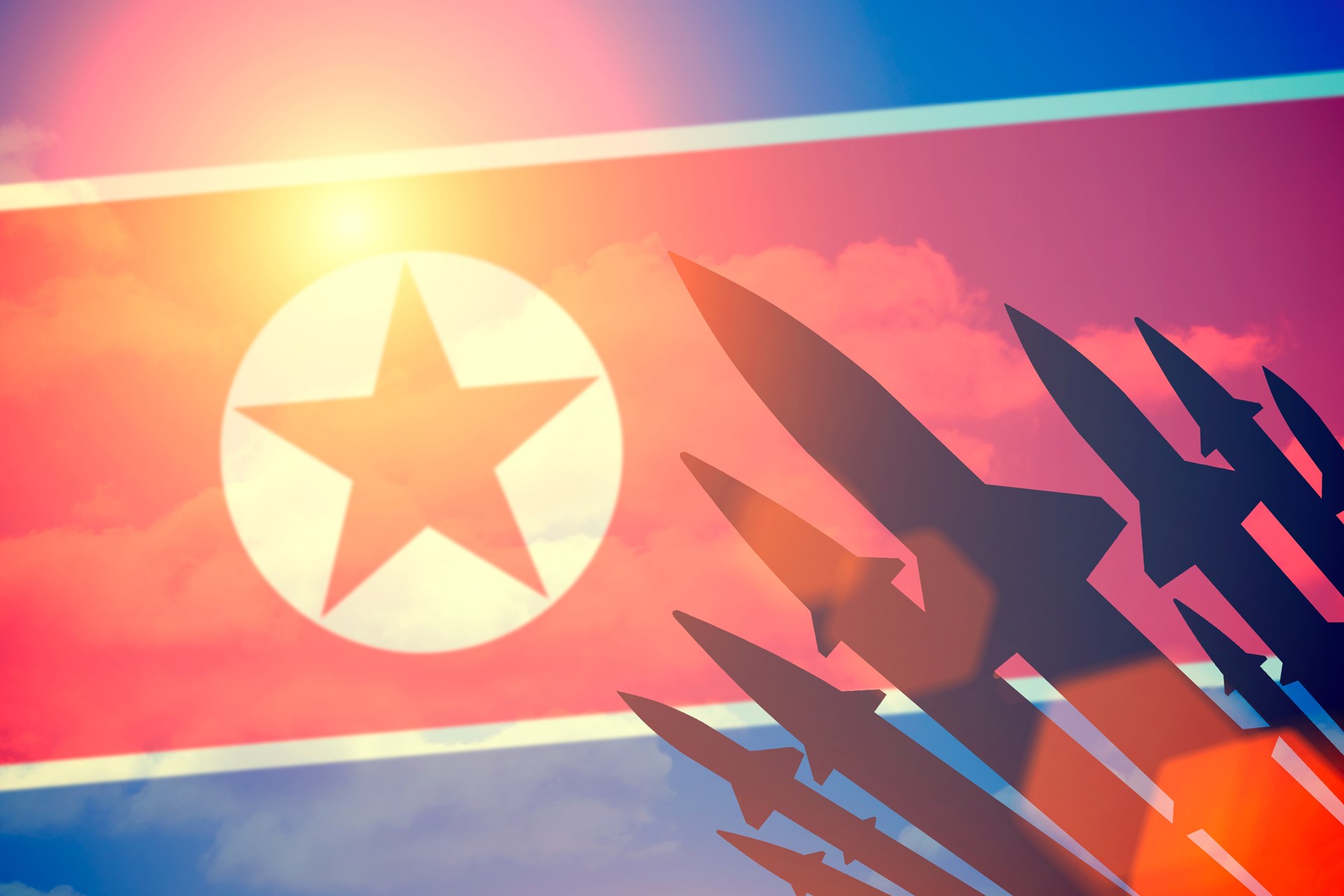 The war drums are beating again, this time for the Korean peninsula. And if a conflict occurs, no one believes it would be a cakewalk. Total casualties almost certainly would be in the hundreds of thousands; the destruction throughout highly industrialized South Korea would be unimaginable. It is a sequel no sane person wants to see.

The U.S. suffered roughly 140,000 casualties.The Korean War quickly became the forgotten war. It occurred shortly after World War II, the greatest military eruption in human history. The Korean conflict ended in stalemate, unlike WWII’s grand victory over the forces of darkness. Not only did the aggressor survive, but a new and even worse enemy emerged, the People’s Republic of China.

However, few of the war’s participants forgot the cost. The U.S. suffered roughly 140,000 casualties. South Korea had nearly a million soldiers killed or injured. Some 20,000 other allied personnel suffered. A half million or more North Koreans became casualties. China’s losses approached a million.

Some argued that the North would be reasonable and not retaliate. Seriously. You’d think no one would want a repeat performance. But President Donald Trump talked of sending an “armada” off of North Korea’s coast. UN Ambassador Nikki Haley said the U.S. was prepared to use “our considerable military forces.” Secretary of State Rex Tillerson said “the [military] option is on the table.”

Over the years an assortment of pundits, legislators, and others beat the war drums. Some argued that the North would be reasonable and not retaliate. Seriously. The crazy nut who they insisted must be attacked because he was threatening to nuke America and destroy the world would turn into a thoughtful, reasonable statesman under fire and eschew any response lest the situation escalate out of control. Duh.

Unfortunately, even a highly rational Kim Jong-un is likely to see any attack as the beginning of a U.S. attempt at regime change. It’s happened in Afghanistan, Iraq, and Libya. Going back further in time, it happened in Grenada, Haiti, and Panama. It’s being promoted in Iran. Moreover, South Korean Presidents Syngman Rhee and Chun Doo-hwan wanted to strike the North. President Park Chung-hee probably would have done so if he’d had the capability: in the 1960s he began a nuclear program, which was squashed by the U.S.

No one doubts that the allies would defeat the DPRK’s numerous but poorly equipped and trained forces. However, the North could employ abundant armor, infantry, and sizable special operations forces, use tunnels beneath the DMZ to enable infiltration, and target Seoul with dug-in artillery and Scud missiles.

Few believe that South Korea’s capital, which sits a mere 30 miles south of the Demilitarized Zone, would escape large-scale destruction. The Seoul-Inchon metropolitan area is the country’s political, commercial, and cultural heart and contains roughly half of South Korea’s 50 million people. Civilian casualties alone could end up in the hundreds of thousands, with those fleeing their homes in the millions; the economic destruction would be equally massive.

“If That’s What It Would Take”

Contrary to Kim Jong-un’s image, he is by all accounts rational though ruthless.Whew! Good to know that most of the casualties would be South and North Koreans, with only a few Americans tossed in!

In fact, the U.S. couldn’t avoid serious and costly involvement. Plenty of American civilians travel to and work in South Korea, many for the military, others for private businesses. Some 28.500 American troops are on station in Korea. And once a North Korean attack triggered Washington’s security guarantee, Americans would arrive by the tens and hundreds of thousands. Beyond Pyongyang’s large if ill-equipped conventional force, are what we think to be around 20 nuclear devices of uncertain deliverability, as well as potentially significant stocks of biological and chemical weapons.

In the name of avoiding a growing but still largely theoretical threat which could be deterred Graham and those who think like him would launch a preventative war, likely triggering the horrendous conflict which America spent 64 years occupying the South to prevent. And to prevent a much hyped but in fact small risk to the U.S. Washington would impose potentially huge costs on South Koreans, as well as unpredictable harms on China and Japan. (North Koreans also would suffer mightily in a war virtually none of them chose.)

No one wants Pyongyang to possess a nuclear arsenal. But contra Kim Jong-un’s image, he is by all accounts rational though ruthless. Nuclear weapons no doubt deliver several benefits, including winning attention and status internationally and strengthening military and party support domestically. If policymakers are so worried about a North Korean nuclear attack, the easy answer is to withdraw U.S. forces from the Korean peninsula. The regime also emphasizes defense and deterrence. The North, despite its sensationalist rhetoric, lags far behind South Korea, let alone the U.S. When I visited Pyongyang at the invitation of the Foreign Ministry’s Institute for American Studies, officials emphasized that the regime was developing nuclear weapons in response to Washington’s “hostile policy,” “military threats,” and “nuclear threats.” Supreme Leader Kim (under whose “wise leadership” they all operated) planned to match “nuke with nuke.”

While one should not accept on faith anything coming from Pyongyang, the U.S. is on the Korean Peninsula, the DPRK is not in North America. There is no evidence that Kim Jong-un is suicidal. He appears to desire his virgins in this world, not the next. His primary objective is regime survival. North Korean officials I talked with pointed to America’s predilection to engage in regime change: Afghanistan and Iraq, for instance. At the time the Obama administration was bombing Moammar Khadafy’s forces the North Korean government took special note, insisting that it would never make a similar mistake, giving up its missiles and nukes.

Perhaps most ominous is President Trump’s response to Pyongyang’s latest missile test. He called the North “a threat” and plans to “confront it very strongly.” The DPRK “is behaving in a very, very dangerous manner and something will have to be done.” Indeed, he warned, we are “coming to the point of no return.”

Attacking North Korea would be simply mad, even criminal. And usual suspects are doing the Maori Haka on behalf of war. For instance, Sen. Graham said he had urged President Trump “to stop” the North from developing an ICBM. In his view the president “is not going to allow this problem to get any worse than it is today.”

That depends on how one defines “problem.” After all, the president warned that a “major, major conflict” is possible.

If policymakers are so worried about a North Korean nuclear attack, the easy answer is to withdraw U.S. forces from the Korean peninsula. The Republic of Korea has twice the population and 40 times the GDP of the North. The ROK long has been able to provide for its conventional defense.

The next step would be to drop any objections to the South, as well as Japan, from developing a countervailing nuclear deterrent. It’s not a good solution, but neither is the U.S. risking Los Angeles, Chicago, and New York to protect Seoul. Moreover, the mere possibility might galvanize China to take a more active role in dissuading North Korea from moving ahead with missile and nuclear tests.

If the usual suspects won’t consider disengagement, Washington must engage the North. The start is to reduce the perceived military threat from America. The second is to negotiate a freeze in testing, with further diplomatic initiatives to follow. The DPRK isn’t likely to voluntarily yield its nukes—in Pyongyang I was told the regime would consider disarmament if the other nuclear powers, including America and China, were prepared to give up theirs. That’s not something about which to hold our collective breaths. But the likelihood of conflict still could be greatly reduced.

With talk of possible war starting to fill Washington, the North Korean crisis reminds us of the costs of intervention, and how hard it is to limit America’s exposure once involved. Attacking North Korea would be simply mad, even criminal. If President Trump has one priority in dealing with the Korean peninsula, it should be to avoid triggering the very conflagration that the U.S. until now has been seeking to prevent.