From free-market upstarts to incumbent cronies? 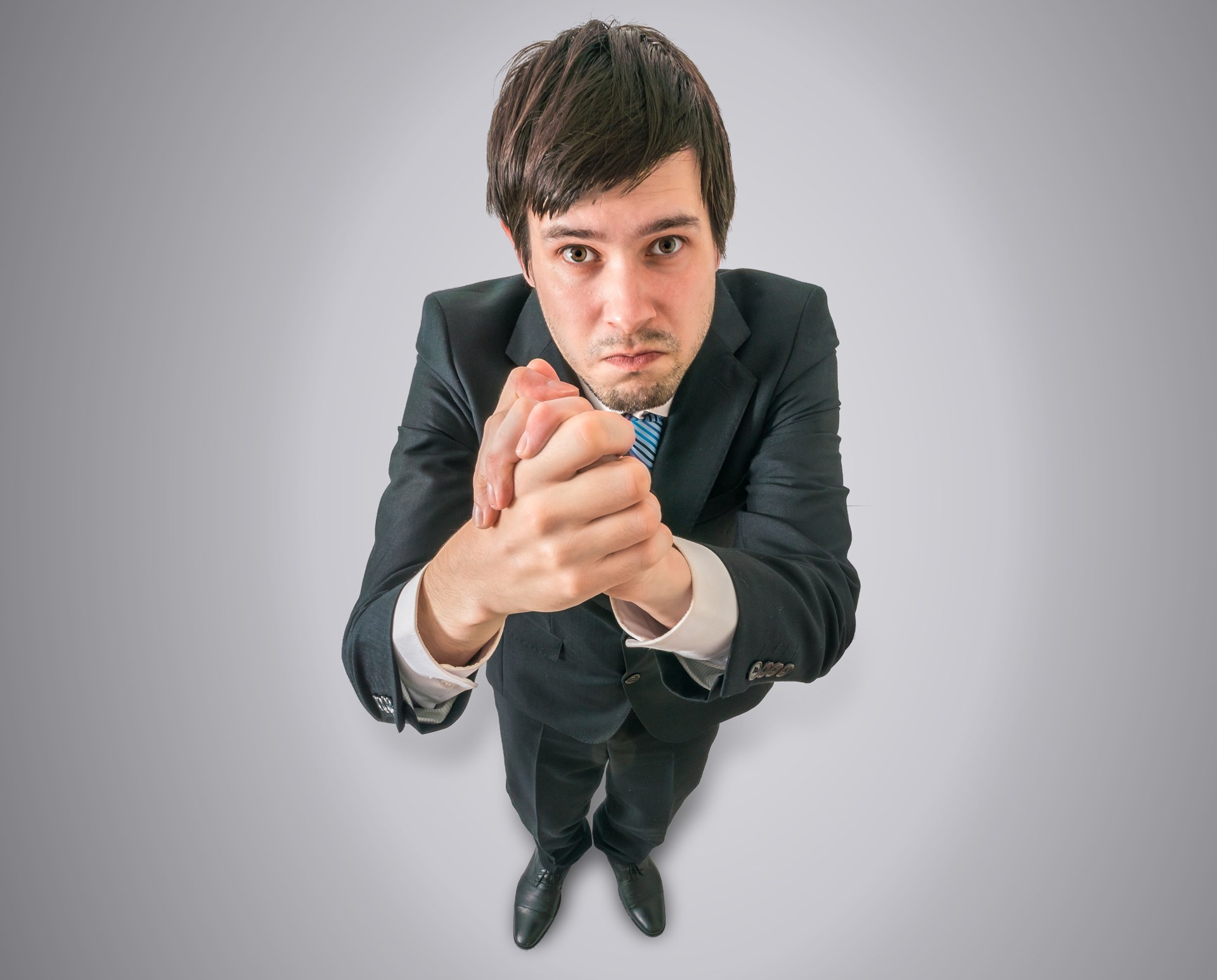 It’s only a matter of time before American roads are filled with self-driving cars. In fact, it is quite likely that within the next decade or so, all the vehicles we see on the road will be self-driving, making the cars of today a thing of the past.

Already, the race to develop these vehicles is well underway, as major companies from Volvo to Alphabet Inc, the parent company of Google, are competing to have the first line of autonomous cars to obtain government approval.

Since its inception, the ridesharing industry has faced enormous opposition from established cab companies.

While there is no denying the impact these cars of the future will have on the way Americans drive, some ridesharing companies would like to take from consumers the decision about the shape of this future. And this is not sitting well with free-market advocates who have spent years defending companies like Lyft and Uber.

Since its inception, the ridesharing industry has faced enormous opposition from established cab companies. The latter enjoyed a nearly 80-year monopoly over the taxi sector, as there was simply no better way to operate, and thus no real competition. But the widespread use of smartphones and other technologies has made hailing a cab in the traditional sense inconvenient and outdated.

But instead of responding appropriately to this new competition, the cab industry utilized its connections with local governments in an attempt to regulate ridesharing out of existence. And these cab cronies enjoyed moderate success on this front.

Luckily, the demand for ridesharing was too sizeable to ignore. Consumers preferred the sharing economy to the old way of doing things. And this is largely why the ridesharing sector was able to survive a “David and Goliath” battle. But now, instead of seeking to understand what the consumers of the near future might actually want, Uber, Lyft, and others are seeking to force a new model of car ownership on the American public. And it is one that is simply incompatible with the free market principles that have allowed these companies to achieve success in the first place.

Now, after enjoying many victories, the ridesharing sector is trying to create their own monopoly on driverless cars.

Imagine a world where private ownership of self-driving automobiles is prohibited. If Uber, Lyft, and Zipcar get their way, this might be a reality we soon have to face. In a document entitled, “Shared Mobility Principles for Sustainable Cities,” many major players in the ridesharing sector have laid out their vision for the future of self-driving cars.

While the proposal itself merely spells out the long-term goals of multiple private organizations, its implementations reek of government interference. The first point, for example, states:

“1. WE PLAN OUR CITIES AND THEIR MOBILITY TOGETHER.

The way our cities are built determines mobility needs and how they can be met. Development, urban design and public spaces, building and zoning regulations, parking requirements, and other land use policies shall incentivize compact, accessible, livable, and sustainable cities.”

“7. WE SUPPORT FAIR USER FEES ACROSS ALL MODES.

Every vehicle and mode should pay their fair share for road use, congestion, pollution, and use of curb space. The fair share shall take the operating, maintenance and social costs into account.”

Individuals are already paying more than “their fair share” for road use via forced taxation. No additional cost should be imposed on drivers unless this is done through private, voluntary means.

But the most troubling aspect of the document is saved for the last point, which states:

“10. WE SUPPORT THAT AUTONOMOUS VEHICLES (AVs) IN DENSE URBAN AREAS SHOULD BE OPERATED ONLY IN SHARED FLEETS.

Due to the transformational potential of autonomous vehicle technology, it is critical that all AVs are part of shared fleets, well-regulated, and zero emission. Shared fleets can provide more affordable access to all, maximize public safety and emissions benefits, ensure that maintenance and software upgrades are managed by professionals, and actualize the promise of reductions in vehicles, parking, and congestion, in line with broader policy trends to reduce the use of personal cars in dense urban areas.”

Instead of trying to pass new arbitrary regulations, the ridesharing sector wants to ban private ownership of self-driving vehicles.

For years, Uber, Lyft, and others have fought the cab companies and their quest to use the state to enforce regulatory policies. This is what initially made so many free marketeers rally behind the ridesharing sector. Now, after enjoying many victories, the ridesharing sector is trying to create their own monopoly on driverless cars.

As CEI's Marc Scribner writes, "Uber, Lyft, ZipCar, and others propose outlawing personally owned self-driving cars in central cities, leaving the entire urban core market for automated road vehicles in the hands of corporate fleet owners, as Uber, Lyft, and ZipCar all imagine they will be in the coming years. Uber sees the competition of the future — and it’s you." Scribner rightly characterizes this proposal as "shameless, greenwashed crony capitalism."

The Future of Driving

True, this document makes no assertion that Uber and others would seek to ban privately owned vehicles altogether. But making such a bold statement about who should be able to own driverless cars is problematic, especially since driverless cars are poised to be the only road vehicles of the future.

It is highly probable that once these cars get to a point of mass production, the use of regular cars will be limited naturally, if not outlawed entirely for environmentalist reasons. If not prohibited, mass adoption is likely to occur regardless, making autonomous vehicles the only real game in town. And if anyone has any doubt of this, how many people do you know still strolling around with Sony Walkmans in the age of the iPhone? Unless you’re a hipster with an affinity for vinyl records, new technology eventually replaces the old.

But legislative restrictions are not beyond the realm of possibility either. Green activists are always looking for ways to ban products they believe to be detrimental to the environment. Only a few years ago a ban on incandescent light bulbs was supposed to usher in a new era of energy efficient light bulbs.

It is for this reason that the proposal to ban the private ownership of AVs is so problematic. If “regular” vehicles are no longer on the roads, prohibiting private ownership of driverless cars would effectively mean banning the private ownership of vehicles altogether.  On the contrary, Tesla has laid out a plan that would allow the owners of their autonomous cars to earn money while their vehicles are not being used.  Since this document was drafted by private companies, there is no plan listed for how these proposed restrictions would be enforced. But enforcement would have to happen for any of these points to become a reality. This means that state involvement would have to happen as the government holds the monopoly on force. This is arguably even worse than what the cab companies have done.

While scanning through the names of the various companies that have signed on in support of the Shared Mobility Principles for Sustainable Cities, one major player is missing: Tesla.

While Elon Musk has also hypothesized about how driverless cars will impact the future of driving, he has made no attempt to propose that private ownership be banned. On the contrary, he has laid out a plan that would allow the owners of his autonomous cars to earn money while their vehicles are not being used.

Musk, by way of his Master Plan, Part Deux, has proposed the “Tesla Network.”

As the document states:

You will also be able to add your car to the Tesla shared fleet just by tapping a button on the Tesla phone app and have it generate income for you while you’re at work or on vacation, significantly offsetting and at times potentially exceeding the monthly loan or lease cost. This dramatically lowers the true cost of ownership to the point where almost anyone could own a Tesla. Since most cars are only in use by their owner for 5% to 10% of the day, the fundamental economic utility of a true self-driving car is likely to be several times that of a car which is not.

In cities where demand exceeds the supply of customer-owned cars, Tesla will operate its own fleet, ensuring you can always hail a ride from us no matter where you are.”

Where Uber and others want to ban private ownership of vehicles, Tesla wants to give owners the ability to earn extra money through that ownership while also making private ownership accessible to more consumers. This is a plan worthy of praise.

This is not to say that there is no place for an Uber fleet of self-driving cars. Just as many consumers are choosing to use Uber rather than own their own vehicle, there will certainly be market demand for this type of service. But this should be the consumer’s choice, not the decision of private companies backed by government force.

Technology is making our lives much more convenient. This is undeniable. But when that convenience comes at the cost of private ownership, there is a huge problem. Ridesharing has changed the way we travel, and Uber and Lyft have played an integral role in making this a reality. They have also been strong opponents of the crony capitalism that has allowed the cab industry to hold a state-sanctioned monopoly for so long. And while these aspects are surely worthy of praise, the proposal to ban private ownership of cars is more than worthy of condemnation.