Trump, the Fed, and a Trillion-Dollar Game of Hot Potato

President Trump refers to the Fed as his "biggest threat," but takes credit for economic growth associated with the recent financial bubble. 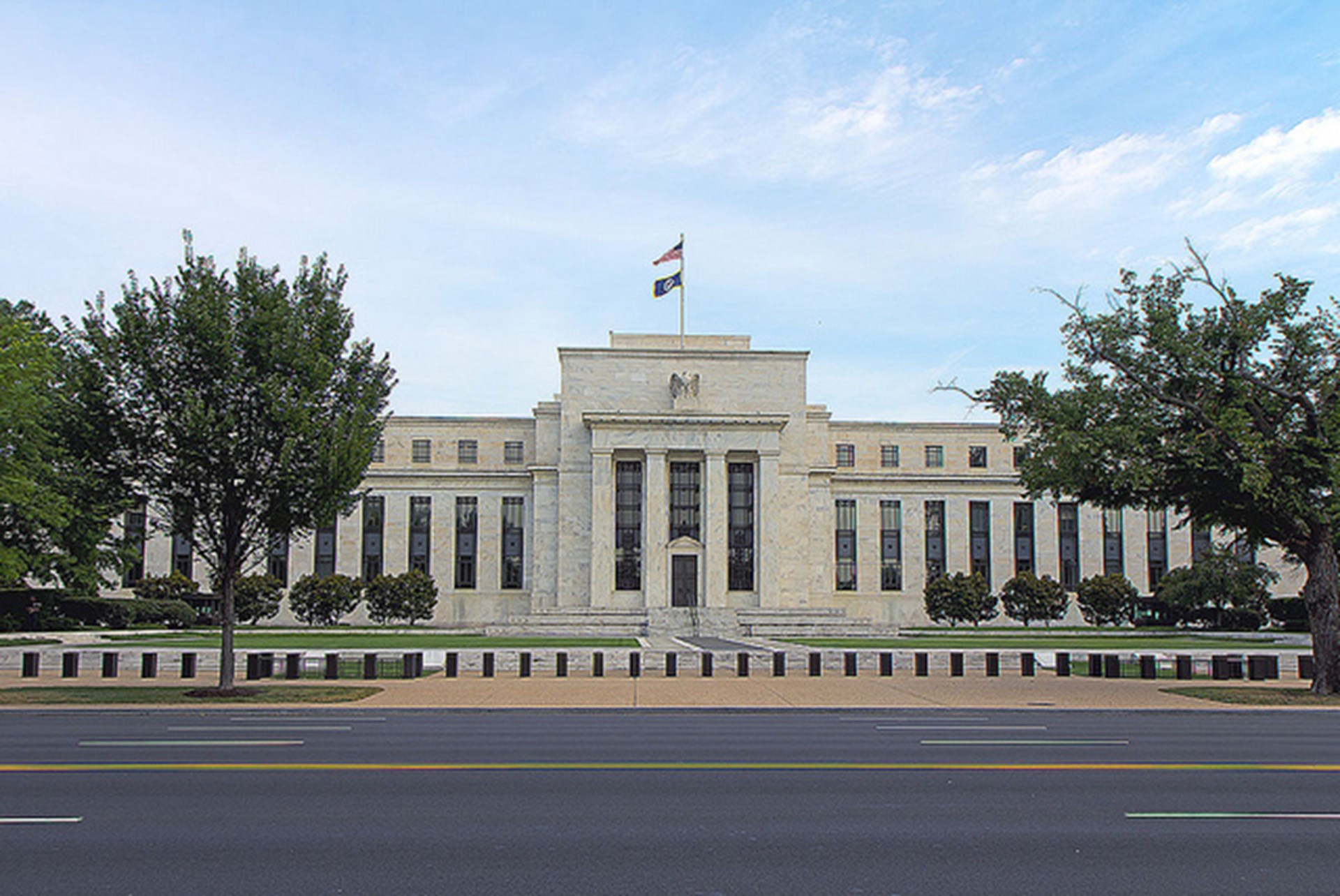 The Federal Reserve in Washington D.C.

Recently, President Donald Trump further fanned the flames of his already contentious relationship with the Federal Reserve, referring to the central bank as his “biggest threat.” Fed Chairman Jerome Powell, a Trump appointee, directly caught the ire of the president. Talking about his choice, Trump recently told Fox News, “maybe it’s right, maybe it’s wrong…There are a lot of other people there I’m not so happy with.”

This is only the latest slight by President Trump. Just a few days earlier, he criticized the Fed’s recent decision making, saying it’s “gone crazy,” though he later backpedaled on that statement, admitting “it’s a correction that we’ve been waiting for for a long time, but I really disagree with what the Fed is doing.”

Why the Fed Has Trump out of Sorts

Trump is singularly concerned with the fact that the Fed has raised rates three times this year.

It isn’t the Fed’s dubious constitutionality that has Trump flustered, nor is it the fact that the purchasing power of the US dollar has diminished by over 96 percent since the Fed was established in 1913. It certainly isn’t the Fed’s ability to facilitate the bailout of politically connected corporations and industry sectors. Trump himself pushed for over $12 billion in bailout funds for farmers who have borne the brunt of the president’s trade wars. No, President Trump is singularly concerned with the Federal Reserve’s command over interest rates; namely the fact that the Fed has raised rates three times this year, with a fourth hike likely before the end of 2018.

If President Trump understands that this rise in rates is causing “a correction that we’ve been waiting for for a long time,” then what is the problem?

The problem is Trump has already taken credit for the positive economic numbers associated with the current bubble. Rising interest rates may cause a chain reaction that leads to yet another bursting bubble, not unlike the financial crisis of 2008.

Tweets from the president just this week included self-adulation for a rebounding stock market and an apparent job openings record of 7.14 million, proceeded by the quip, “It’s all working…tremendous potential of USA, also, strong profits. We are number one in the world by far!”

But if the current administration wants to revel in the economic outcome of yet another Fed-induced bubble, then it may not be able to escape a harsh rebuke should the correction come under Trump’s watch.

The Problem with Rising Interest Rates

Per the AFP (Agence France-Presse), the Fed’s move to raise interest rates this year sought to “prevent a vibrant economy from overheating.” That sounds reasonable. So what’s the problem? As Tenth Amendment Center national communications director Mike Maharrey explained in an email, rising interest rates simply aren’t sustainable in an economy built on debt.

In the broad view, it is perfectly reasonable to be angry, but it’s important to be angry at the right people for the right reasons.

Government growth and subsequent cronyism wouldn’t be possible without the Fed’s monetary mechanizations.

When President Trump publicly decries the Fed as an adversary, the “End the Fed” crowd might be quick to cheer. After all, it is by the power of the monetary printing press that the Federal Reserve is able to finance the welfare/warfare state while simultaneously bankrolling any number of projects for wayward politicians fulfilling their promises to the special interests that got them elected. Such government growth and subsequent cronyism wouldn’t be possible without the Fed’s monetary mechanizations.

But, President Trump’s barbs are hardly the strike at the root that is required because he has no political interest in taking the Fed on outright. With his swiftness to claim the most recent financial bubble as proof positive of his economic brilliance, the president has entered into a trillion dollar game of “Hot Potato,” and if he’s the one holding it when the bubble bursts, it could spell disaster for his party and administration.

Alan Mosley is the host of The Gold Standard with Alan Mosley, which talks current events, politics, and pop culture from a libertarian perspective. It is a proud product of “little L productions,” and can be found on various podcasting platforms including iTunes, Stitcher, and Google Play, as well as YouTube. More info on Alan, including his social media handles and more can be found at his website, thegoldstandardpodcast.com.