Trump Displays a Tenuous Grasp of How Tariffs Work

Tariffs hurt our economy by reducing consumption and shrinking available capital for entrepreneurs, startups, and homebuyers. 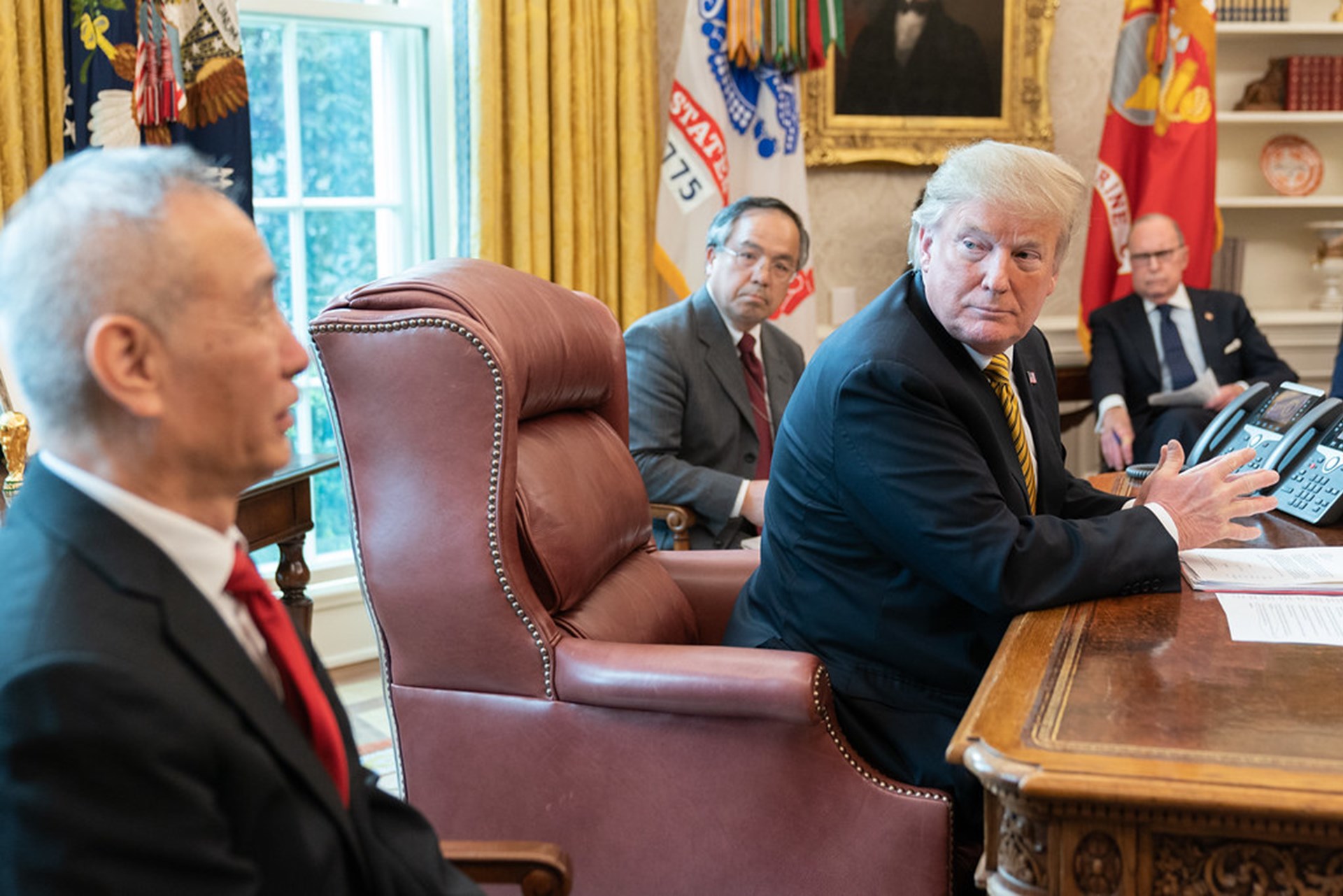 On Sunday, President Trump announced via Twitter that if he does not approve of the results of this week’s U.S.-China trade talks, he will enact a new tariff on Friday, May 10th. It would raise a current 10 percent tariff on $200 billion of Chinese goods to 25 percent. He threatened a similar tariff late last year, but backed off. China, in response, might withdraw from the talks altogether.

This week’s trade talks, set to begin Wednesday, were expected to conclude by Friday anyway, though without a hard deadline.

Trump has a history of using drastic threats as a negotiating tactic, only to quickly back off. In addition to threatening and backing away from the same China tariff last year, he has also backed off of threats to shut down the U.S.-Mexico border and to enact tariffs against European automobiles on national security grounds.

If Sunday’s tweets are just the latest iteration of an established pattern, consumers will have little to worry about. But if Trump follows through, those same consumers should be aware of Trump’s tenuous grasp of how tariffs work. His two tweets read:

For 10 months, China has been paying Tariffs to the USA of 25% on 50 Billion Dollars of High Tech, and 10% on 200 Billion Dollars of other goods. These payments are partially responsible for our great economic results. The 10% will go up to 25% on Friday. 325 Billions Dollars....

....of additional goods sent to us by China remain untaxed, but will be shortly, at a rate of 25%. The Tariffs paid to the USA have had little impact on product cost, mostly borne by China. The Trade Deal with China continues, but too slowly, as they attempt to renegotiate. No!

To which I responded—with my apologies for a dumb grammatical error (that’s Twitter for you).

Chinese producers doesn't pay the tariffs. American consumers do. Chinese companies sell goods at the same price and profit margins. U.S. consumers then pay the tariff when they make the purchase.

President Trump has a fundamental misunderstanding of who pays tariffs, and that matters for his policy aims. He has made this mistake before, and his advisors are apparently unable to shake him of it despite repeated “Groundhog Day” meetings.

Tariffs Hurt, Not Help, the Economy

As for tariffs helping the economy, that is also false. When people have to pay more money to get the same goods as before, they have less left over to spend on other goods or to save and invest. This means tariffs not only reduce consumption, but they also shrink available capital for U.S. entrepreneurs, startups, and homebuyers.

Writ large, the Trade Partnership estimates that if President Trump goes through with the 25 percent Chinese goods tariff, and China retaliates in kind per usual, total tariffs would cost up to 1.04 percent of GDP. That comes to $2,389 per year for a family of four.

There is a policy action Congress can take immediately to prevent further tariff abuses. The China tariffs are enacted under Section 301 of the Trade Act of 1974; Congress should repeal that section. For more on that, see the trade chapter in CEI’s “Free to Prosper: A Pro-Growth Agenda for the 116th Congress.” For more on the larger case for free trade, see Iain Murray’s and my study “Traders of the Lost Ark.”

This article is republished with permission from the Competitive Enterprise Institute.