Plastics took over the world until the most conspicuous uses faded away.

As we know from “The Graduate,” plastics were a big deal in the 20th century. There was always some new product that was said to be vastly better than the thing it would replace. And it probably was. But it didn’t last. All we are left with are some funny words we don’t use anymore. And why? Because the next thing came along, and buried the old thing in the cultural landfill of words that came and went. 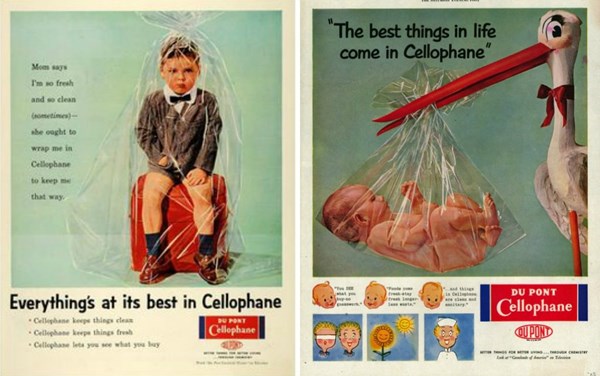 The 1934 song “You’re the Top” by Cole Porter offers the following compliment: “You're the National Gallery, You're Garbo's salary, You're cellophane.” It sounds mystifying to modern ears. If someone called you plastic wrap, you wouldn’t be entirely happy. But in 1934, cellophane was indeed amazing. It was a brilliant way of sealing anything with a lid, but a lid that adapted according to need. Nothing like this appeared in nature, so its very existence was a tribute to human ingenuity.

It was invented by Jacques E. Brandenberger in 1900 and perfected to the point that it was used for restaurant tablecloths by the 1920. No more washing cloth to get rid of stains. Just a wipe with a cloth and it was clean for the next customer. Then candy makers figured out that they could use it to wrap up chocolates and preserve the freshness. How otherwise would you do this but for cellophane? This was marvelous then but just taken for granted today. 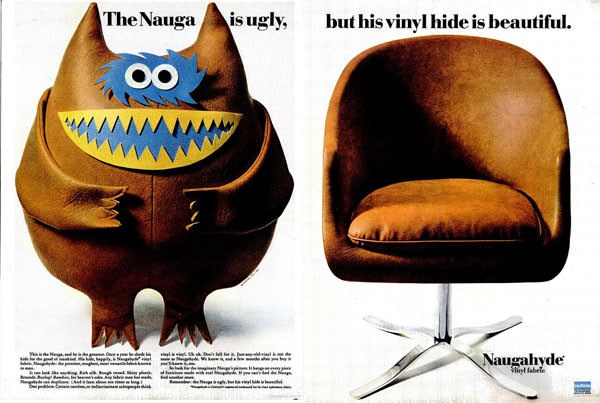 What if you could have the look and feel of leather without the high price that comes with getting the real thing? After all, humans had used animal skin since the dawn of time itself. But in the modern age, with flight and telephones and electricity, surely there should be another way.

Naugahyde came of age in 1936, an innovation of the United States Rubber Company. It later became a hugely popular covering for furniture – the look and feel of leather without the fuss or expense. A later advertising campaign invented the fake animal the Nauga, which was said to shed its skin and grow more without losing its life.

In truth, this stuff is pretty awful to our eyes today, and no home owner would today brag about having Naugahyde furniture. But look more carefully and you see fake leather everywhere: purses, headboards, shoes, and, yes, chairs. It is part of the way with live. In fact, fake leather recently gained a new life under a greeny pitch: it is not plastic but “vegan leather.” The word Naugahyde lives mostly in our memories, but the reality is all around us. 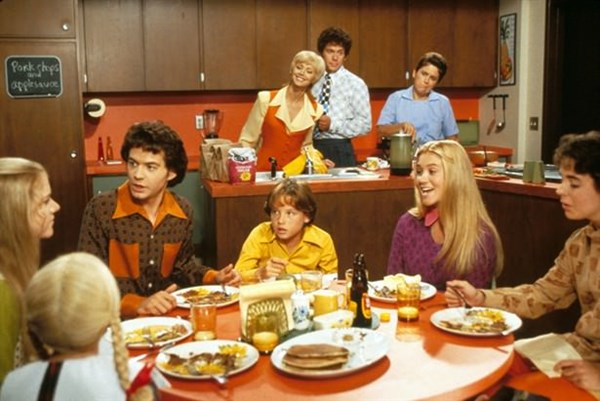 Stone countertops, the real deal, are hugely fashionable in the best homes. This was not always the case. Countertops were usually wood in the past until a fabulous new thing came along, and it was the thing that everyone wanted: Formica. It was invented by two Westinghouse employees in 1912, and they were so impressed by what they had done, they spun off on their own. By the 1950s, everyone wanted a fancy new Formica countertop – so modern, indestructible, and maintenance free.

But then a strange thing happened. The company to which the inventors sold the rights became obsessed with intellectual property. They swore then the great name Formica would never become a moniker of just any plastic countertop. They defended their patents and trademarks with flurries of lawsuits. But instead of making money, Formica was displaced by a thousand alternatives, until Formica itself became a kind of joke.

But look at the desktop where you are working right now. Chances are that it is some version of Formica. Things like marble and granite, those are for the fanciest kitchens, where going back to the stone age has a special cache.

Sony developed Betamax in 1975 as the most awesome thing anyone could imagine. You could record something off the TV or even buy a movie and play it on your TV. It changed everything. We were once passive recipients of whatever was on the tube. Now we gained a measure of control, and it was awesome. A revelation.

However, Sony made a mistake. It was so convinced of the superiority of its technology that it tried alone to dictate an industry standard. JVC took a different direction, innovating an alternative called VHS and was liberal in its licensing. That meant, for example, that consumers could record from a camera on the same tape it could play on the television (young readers are right now astonished that this was ever not possible).

Superior or not, Betamax lost massive market share. But just to indicate how important it was, consider this: only in 2016 did Betamax stop production completely. But guess what? You can’t even give away your VHSs either. 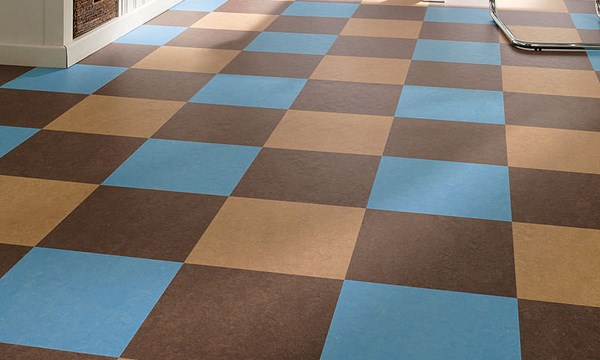 It astonishes me to discover that Linoleum was invented in 1855, thus making it one of the earliest of the newfangled surfaces that came to domestic environments. Or perhaps it makes sense. What are you going to use to make a hard surface in your home? Concrete is somehow unappealing. Wood was tricky and expensive.

Linoleum was awesome. You could clean it. You could print on it. It deterred spills and stains. It was softer than the alternatives such as stone or wood so that every glass that fell on the floor did not necessarily shatter into a million pieces. Over time, nearly every kitchen floor in the Western world was made of Linoleum.

The inventor Frederick Walton tried but failed to protect his trademark and patent, and so his invention became the first product in recorded history to move from proprietary product to generic name for that product. Now every soft plastic or rubbery floor is called Linoleum, or can be. My sense is that we don’t use the word much at all. But consider just how long a life it had! And consider how much social good this product caused to exist.

And today? Right: all the good homes use stone. Very fancy stone. It’s such a luxury that we can do without yesteryear’s inventions. Let’s not fail to give them all credit for including the great swath of the middle class in the grand project of upgrading our standards of living.