After the events of the last few years, we should give Jefferson’s opinion a renewed and serious hearing.

The following quote is from pages 169-170 of former UVA law-school dean Paul Mahoney’s 2015 book, Wasting a Crisis; it’s the concluding two paragraphs of this volume: 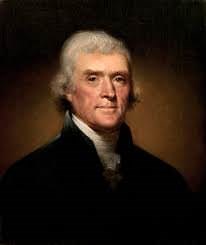 A much older view, associated with Thomas Jefferson, holds that private finance will be smaller and less powerful only if the government is smaller and less powerful.  Government inevitably becomes the partner and enabler of major financial institutions.  Government’s attempts at oversight serve primarily to facilitate rent-seeking, which offers greater profit without greater productivity.

Whatever else one might say about the history of securities regulation in the United States, it should cause us to give Jefferson’s opinion a renewed and serious hearing.