Ever since the passage of the Tax Cuts and Jobs Act in late 2017, opponents of the legislation have lamented the growth of stock buybacks. Rather than dutifully investing in the economy or their employees with the additional money from the corporate tax cuts, they say, corporations line their own pockets with buybacks—creating a false impression that the increase in stock price reflects an increase in value. It’s the line we commonly hear from folks like Senator Bernie Sanders or former Secretary of Labor Robert Reich.

Most recently, Senator Cory Booker has added to the stock buyback pile-on. He recently reintroduced the “Workers Dividend Act,” which would mandate corporations match every dollar spent on buybacks with compensation toward employees. Republicans have largely been reticent to pushback, as defending corporations is unpopular nowadays, and some have even supported the talking point. Here’s the thing: they’re all wrong.

Booker’s trying to become president, and this bill is likely motivated by that goal. Nevertheless, he could very well get it passed—so we need to understand why it’s a bad idea.

A company would best understand how to distribute its profits and should be free to do so.

Like the many that came before it, this bill presupposes that stock buybacks are inherently bad for society. But by regulating company profits in the way that Booker is proposing, he’s effectively regulating their business model.

How does Cory Booker know more about an individual company’s industry, investment plan, and maturity level than the company does? Of course, he doesn’t. A company would best understand how to distribute its profits and should be free to do so.

The Real Effects of Stock Buybacks

It's apparent that Booker doesn’t understand the function of stock buybacks. So it goes, stock buybacks are tantamount to money disappearing from the economy, the way he’d describe it. This is hardly true, though. Buybacks are just another mechanism, like dividends, to return money to shareholders. In this case, it’s in the form of higher stock prices. Contrary to what Senator Booker would like you to believe, this doesn’t just help enrich the wealth of “the few.” It helps anyone with a 401k plan, compensation in the form of stock options, or any other investment in the market—meaning well over half of America.

Booker and company will also argue that stock buybacks come at the expense of investment, whether it be in the form of wages or capital expenditures. That sounds believable because every dollar that goes into buying back stocks could technically have been used to finance other expenditures. Of course, none of that is true.Why do we never hear Democrats like Cory Booker explain why stock buybacks are inherently bad? It’s easy: they can’t. As acclaimed finance experts Clifford Asness, Todd Hazelkorn and Scott Richardson establish, stock buybacks don’t necessitate a curtailment of capital expenditures, nor are they the primary cause of stock price increases. And any plan designed to tax stock buybacks—like the one Senator Marco Rubio once proposed—would, as economics writer Jon Hartley notes, effectively create a triple taxation scheme and just redirect the cash toward dividends.

But perhaps most importantly, stock buybacks are a brilliant example of the free-market system offering a win-win to both parties. In other words, when the corporation purchases its own stock, the money from that exchange has to go somewhere. Presumably, the investor that just received the money would re-invest in another company that would be more inclined to use that money on investments in labor, R&D, or capital. After all, not all companies are at equal stages of development.

Some companies may be mature and not have a plan to expand. In that case, rewarding shareholders through stock buybacks makes more sense than unnecessarily forcing an expansion. Other companies might be earlier in development and would need to fund investments in order to expand. But to force a company to invest in capital that it might not otherwise need would be an inefficient use of resources—not to mention, an outrageous overstep of government power.

Wouldn’t it be better if the company invested the extra cash? Wasn’t that the point of the tax cut? Perhaps. But maybe this company doesn’t have any ideas worth investing in. Not every company needs to expand at any given moment.

Before the escalation of the trade wars, which offset much of the growth, the corporate tax cuts showed signs of success in every relevant metric. As of the last quarter in 2018, capital expenditures hit a 25-year high. In the later months of 2018, productivity growth, which is responsible for long-run wage growth, reached its strongest growth stretch since 2010. This is everything we could’ve hoped for from a corporate tax cut. And it’s all on top of a self-inflicted trade war that engenders widespread uncertainty in the market.

Why do we never hear Democrats like Cory Booker explain why stock buybacks are inherently bad? It’s easy: they can’t. 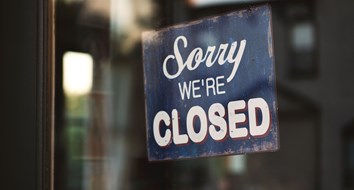 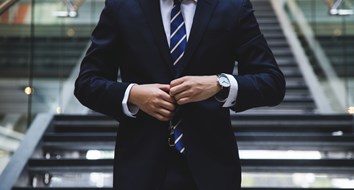 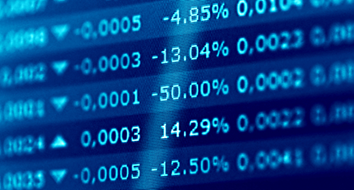