When will people learn that the answer to too much government is not more government?

According to research from the Bank for International Settlements, the long-term fiscal outlook for the United Kingdom is very grim. The data generated by the International Monetary Fund and the Organization for Economic Cooperation and Development isn’t quite as dour, but those bureaucracies also show very significant long-run fiscal challenges. 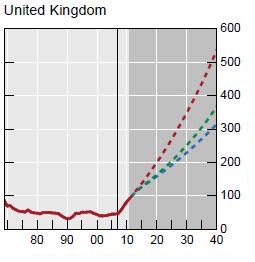 The problem in the U.K. is the same as the problem in the United States. And France. And Germany. And Japan. Simply stated, the welfare state is becoming an ever-larger burden in large part because the elderly population is expanding in developed nations compared to the number of potential taxpayers.

The good news, as noted in this BBC story, is that some folks in the United Kingdom realize this is bad news for young people.

Lord Willetts…said the contract between young and old had 'broken down.' Without action, young people would become 'increasingly angry.'"

The bad news is that these folks apparently think you solve the problem of young-to-old redistribution by adding a layer of old-to-young redistribution.

A £10,000 payment should be given to the young and pensioners taxed more, a new report into inter-generational fairness in the UK suggests. The research and policy organisation, the Resolution Foundation, says these radical moves are needed to better fund the NHS and maintain social cohesion. …The foundation’s Intergenerational Commission report calls for an NHS 'levy' of £2.3bn paid for by increased national insurance contributions by those over the age of 65. It says that all young people should receive a £10,000 windfall at the age of 25 to help pay for a deposit on a home, start a business or improve their education or skills."

To be fair, proponents of this idea are correct about young people getting a bad deal from the current system. And they are right about older people getting more from government than they pay to government.

'There’s no avoiding the pressures for more spending on healthcare and social care, the question is how we meet those pressures,' he replied. 'Extra borrowing is unfair on the younger generation.' 'Extra taxes on the working population—when especially younger workers have not really seen any increase in their pay—will be very unfair.' 'It so happens that the older people who will benefit most from extra spending on health care have got some resources, so at low rates, it’s reasonable to expect them to contribute.'"

But I fundamentally disagree with their conclusion that bigger government is the answer.

'It is better than any of the alternatives.'"

For what it’s worth, what’s happening in the U.K. is an example of Mitchell’s Law. Young people are getting a bad deal because of programs created by government. 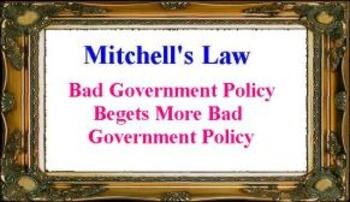 But rather than proposing to unwind the programs that caused the problem, the folks at the Resolution Foundation have decided that creating additional programs financed by additional taxes is the way to go.

By the way, you won’t be surprised to learn that the group also has other bad ideas.

The report calls for the scrapping of the council tax system, replacing it with a new property tax which would raise more money from wealthier homeowners. The proceeds would be used to halve stamp duty for first-time buyers."

Let’s close by looking at some interesting data about the attitudes of the young.

…a poll undertaken for the Intergenerational Commission also suggested people were more pessimistic in Britain about the chances of the next generation having 'better lives' than the one before it—compared with almost any other country."

Here’s the chart showing data for the U.K. and several other nations. 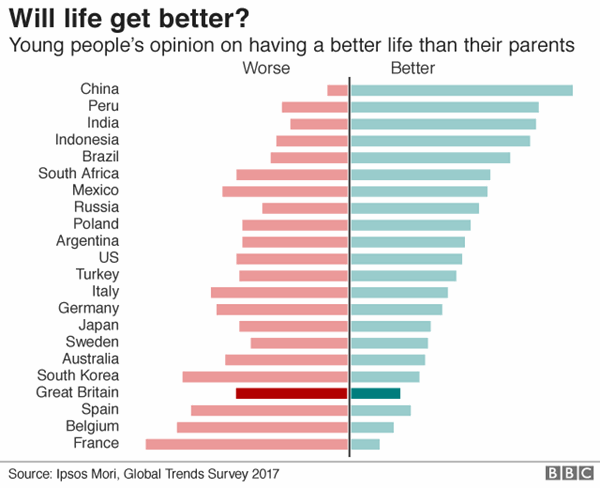 Congratulations to France for having the most pessimistic young people (maybe this is why so many of them would move to the U.S. if they had the chance).

And I think the South Koreans are too glum and the Chinese are too optimistic. The Italians also are too upbeat. But otherwise, these numbers generally make sense.

P.S. I was very pessimistic about the U.K. in 2012 but had a more upbeat assessment last summer. Now the pendulum has now swung back in the other direction.

P.P.S. If the Brits screw up Brexit, I’ll be even more downbeat about the nation’s outlook.