The Lessons We Must Learn from Venezuela's Tragedy

Yon Goicoechea is rotting in a Venezuelan prison for protesting the kind of big government policies that Clinton and Trump are now advocating. 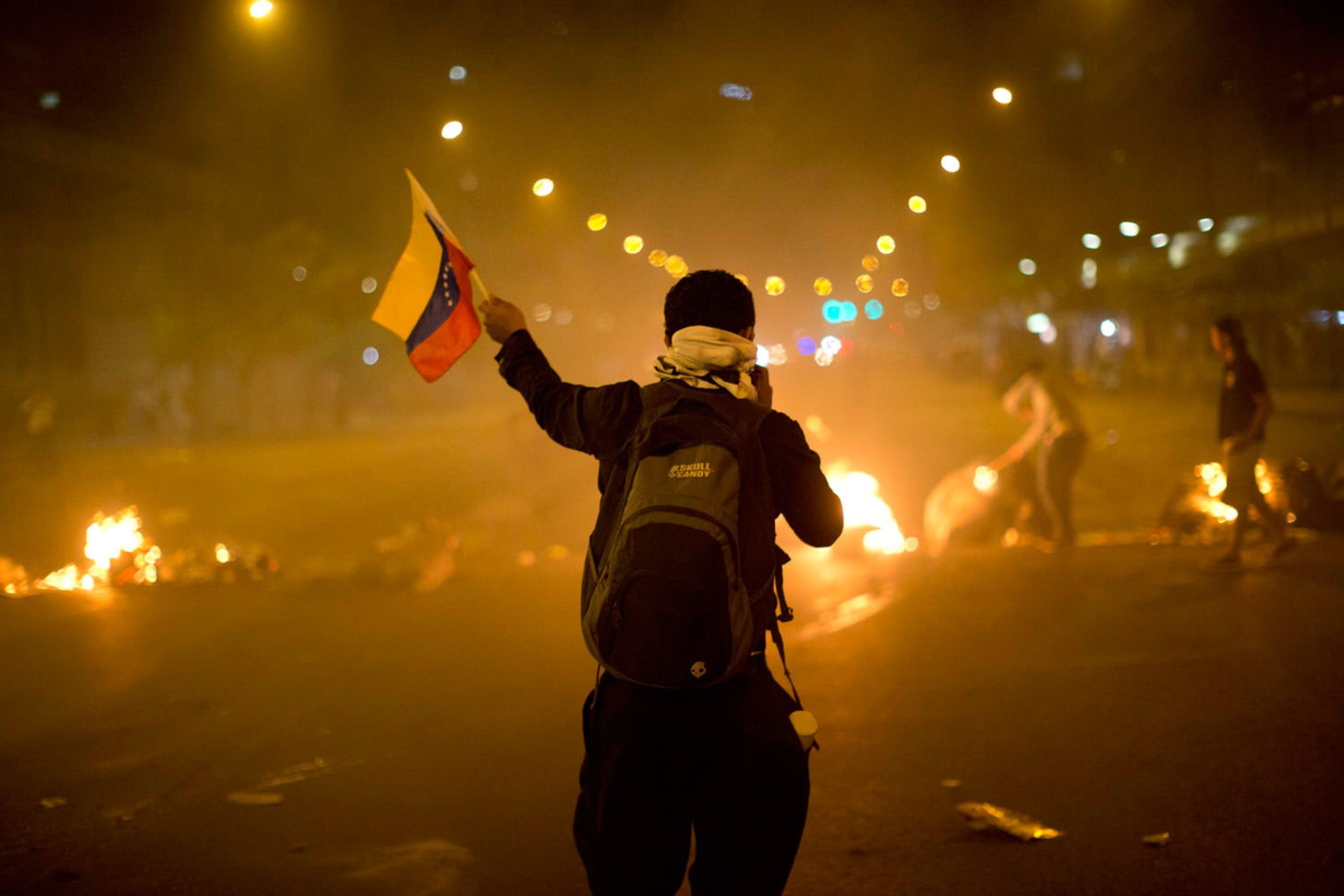 Even as Americans lurch toward the conclusion of a monumentally unsatisfying election campaign, Yon Goicoechea is sitting in a Venezuelan prison for demanding the basic political rights that we take for granted.

Goicoechea, who won the Cato Institute’s Milton Friedman Prize for Advancing Liberty in 2008, for organizing student opposition to the Chávez regime, was seized by Venezuelan secret police a month ago and is being held on trumped-up terrorism charges at an undisclosed location. (Most observers believe he is in a cell at the secret police headquarters in Caracas.) Goicoechea joins other prominent opposition leaders, including Carlos Melo, who is being illegally held by Hugo Chávez’s successor, Nicolás Maduro. There is serious reason to worry about his health and safety.

Venezuela’s economic crisis was brought on by the Chávez-Maduro regime’s relentless class warfare and government intervention in the economy.

What Separates Us from Venezuela

Beyond Goicoechea’s plight, there are lessons for all of us in this. What makes our country so different from Maduro’s Venezuela, or Putin’s Russia, or other authoritarian regimes is our commitment to the rule of law, limited government, and checks and balances.

That is why it is so deeply troubling when the major presidential candidates seek to weaken those protections. Just last week, Donald Trump decried the fact that Ahmed Khan Rahami, accused of the September 17 bombing in New York City, would receive medical care, legal representation, and a trial. And, in this week’s presidential debate, Hillary Clinton called for Americans to be stripped of their Second Amendment rights if the government arbitrarily, and without due process, puts them on a terrorist watch list. Trump’s response was to agree with Hillary on sacrificing the Second Amendment. He then tossed in the Fourth, advocating a return to “stop and frisk.” Nor should we forget about Trump’s earlier calls for racial and religious profiling, and his praise for Putin, or about Hillary’s promise to go even further than President Obama in ignoring congressional authority. A pen and a phone is not the democratic process.

The Importance of Economic Freedom

It’s also worth keeping in mind Venezuela’s economic crisis brought on by the Chávez-Maduro regime’s relentless class warfare and government intervention in the economy. This is a government that has managed to create shortages of everything from food to toilet paper. In the latest Index of Economic Freedom, Venezuela ranks dead last among 159 countries. If ever there was an object lesson about the follies of government economic control, it is Venezuela.

Most people see taxes as, at best, a necessary evil. Hillary shows them the adoration usually reserved for sacraments.

Yet both of the leading presidential candidates seem determined to ignore this lesson. Both want to increase the size, cost, and intrusiveness of government. Both want the government to limit free trade — that is, to tell us whom we can buy from and sell to — and to raise taxes on and prices for consumers. Both candidates think we need massive new government spending for infrastructure and pet programs. The biggest difference between them seems to be that Hillary wants to tax and spend, while Trump wants to borrow and spend.

Trump did give rhetorical service to cutting regulations, a thought that would cause Hillary’s head to explode, but is hard to square with other parts of his program, such as his new child-care plan and call for paid parental leave. And his call for tax cuts would ring truer if his call for higher tariffs on imports wasn’t a tax on consumers.

Meanwhile, Hillary continued to prove that her recent move to the left is not just tactics, designed to corral wayward Bernie voters, but a matter of genuine conviction. Most people see taxes as, at best, a necessary evil. Hillary shows them the adoration usually reserved for sacraments.

Regardless of which of these two becomes president, the era of big government is officially back.

No one seriously believes that we are, or will become, Venezuela. But it is said that “the price of liberty is eternal vigilance.” That means we should be prepared to call out candidates, regardless of partisan predilections, when they threaten to erode basic American freedoms.

In the meantime, it would be nice if Donald Trump, or Hillary Clinton, or President Obama, or . . . someone . . . called for Yon Goicoechea’s release.

Michael Tanner is a Senior Fellow at the Cato Institute where he heads research into a variety of domestic policies with a particular emphasis on poverty and social welfare policy, health care reform, and Social Security.