The International Road to Serfdom

When a global governing body is the ultimate authority, rather than multiple sovereign nations serving as checks and balances to each other the opportunity for abuse is ripe. 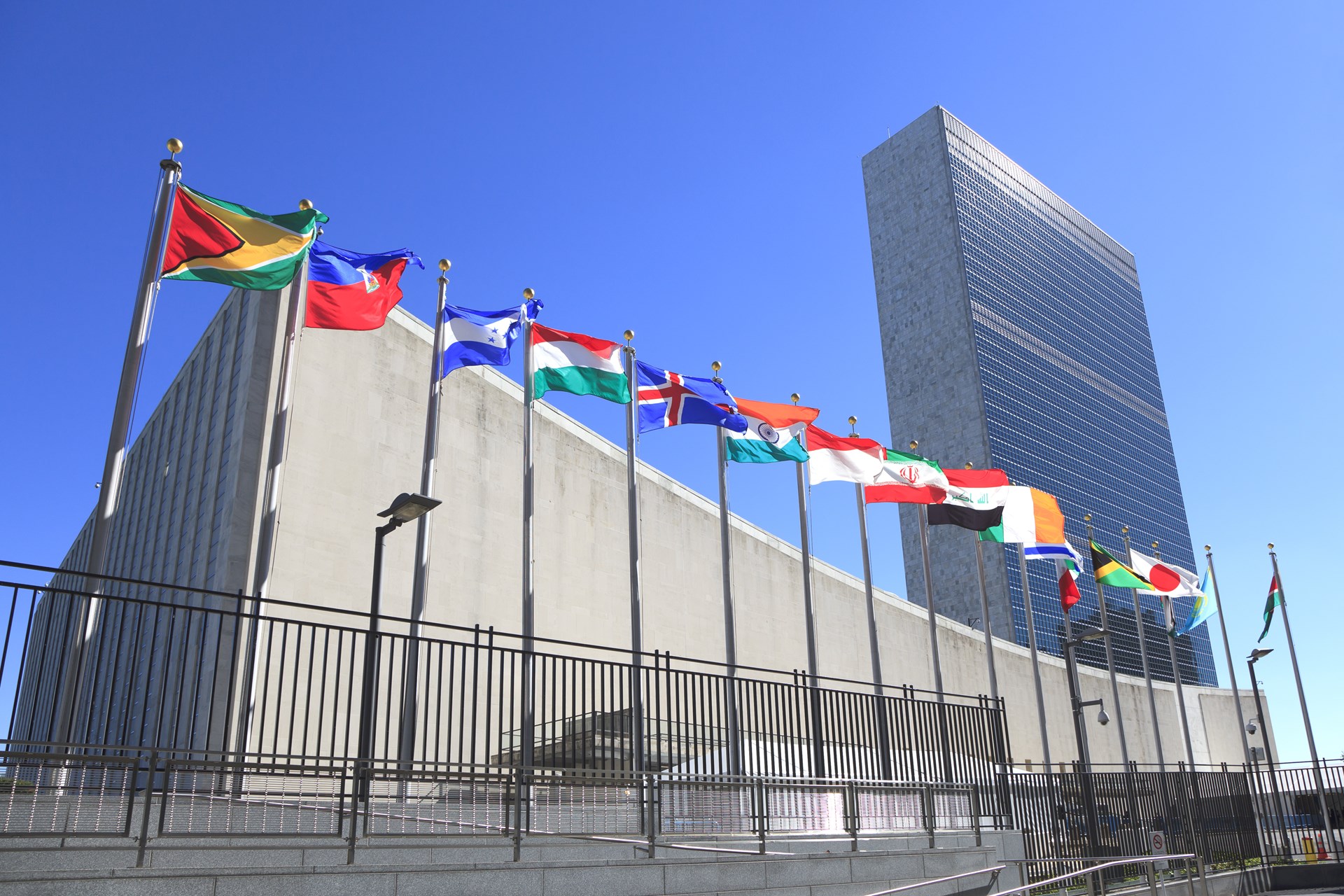 In the previous chapter of The Road to Serfdom, F.A. Hayek spelled out his concerns for the problems facing America in the aftermath of WWII. Moving away from discussing domestic policy, in chapter 15, “The Prospects of International Order” Hayek discusses the grave problems associated with global governance.

Making no effort to downplay the topic of foreign policy, Hayek says:

In no other field has the world yet paid so dearly for the abandonment of nineteenth-century liberalism as in the field where the retreat began: in international relations.”

Hayek has dedicated the majority of his book to explaining why planned economies on a national scale are bound to fail. You can understand his frustration then, when in the wake of World War II there was a bigger push for international governance.

Global Governance Is Not the Answer

As is understandable, there was an overwhelming desire to make sure the atrocities of WWII were never allowed to happen again. Since Germany’s nationalist sentiment had isolated it from the rest of the world prior to WWII, there was a sense that forced globalization would provide the necessary safeguard.

That there is little hope of international order or lasting peace so long as every country is free to employ whatever measures it thinks desirable in its own immediate interest, however damaging they may be to others, needs little emphasis now.”

It was easy, after all, for the Third Reich to take full control of the Germany’s economy when all outside influences were cut off.

Many kinds of economic planning are indeed practicable only if the planning authority can effectively shut out all extraneous influences; the result of such planning is therefore inevitably the piling-up of restrictions on the movements of men and goods.”

But international planning was not the answer to the problem facing the world after WWII. By assuming to treat each nation as an actor in the global economy, instead of realizing that each nation was comprised of individual actors, the world now faced new issues.

Less obvious but by no means less real are the dangers to peace arising out of the artificially fostered economic solidarity of all the inhabitants of any one country and from the new blocs of opposed interests created by planning on a national scale. It is neither necessary nor desirable that national boundaries should mark sharp differences in standards of living, that membership of a national group should entitle one to a share in a cake altogether different from that in which members of other groups share.”

Continuing to point out the dangers associated with this line of thinking, Hayek writes:

But still, there remained this belief that a global authority was needed in order to foster the transactions between different nations all in the name of maintaining the peace and reducing instances of disagreement. But this is just not the case, as Hayek explains.

It is one of the most fatal illusions that, by substituting negotiations between states or organized groups for competition for markets or for raw materials, international friction would be reduced.”

When a global governing body is the ultimate authority, rather than multiple sovereign nations serving as checks and balances to each other the opportunity for abuse is ripe. You effectively leave the world vulnerable to totalitarianism on a grander scale than has been seen before. And where there is totalitarianism, there will exist perpetual conflict as the scales of power attempt to balance themselves.

Economic transactions between national bodies who are at the same time the supreme judges of their own behavior, who bow to no superior law, and whose representatives cannot be bound by any considerations but the immediate interest of their respective nations, must end in clashes of power.

Hayek even hypothesized that if this push towards international authority was taken more seriously in the years leading up to WWII, as Wilson had hoped for his League of Nations, we may have found ourselves in an even worse situation than reality provided.

If we were to make no better use of victory than to countenance existing trends in this direction, only too visible before 1939, we might indeed find that we have defeated National Socialism merely to create a world of many national socialisms, differing in detail, but all equally totalitarian, nationalistic, and in recurrent conflict with each other.“

The Bigger the Jurisdiction, the Harder to Plan

Planning economies for small entities comes with its own set of challenges and economic fallacies. But imagine how these would be magnified on a global scale. It is for this reason that Hayek and other free market economists believe that the individual is the only entity capable of planning his or her financial futures.

If there must be governance, as Hayek would argue, it would need to be as small and contained as possible. Much of the reason for this is because as smaller units, like families and communities, there are certain mutual goals and traditions that unite us and make it easier to agree on economic outcomes.

There need be little difficulty in planning the economic life of a family, comparatively little in a small community. But, as the scale increases, the amount of agreement on the order of ends decreases and the necessity to rely on force and compulsion grows. In a small community common views on the relative importance of the main tasks, agreed standards of value, will exist on a great many subjects. But their number will become less and less the wider we throw the net; and, as there is less community of views, the necessity to rely on force and coercion increases.”

The individual is already a threatened entity easily swallowed up by the collective. Imagine what would happen if that individual was one among many on an international scale.

The people of any one country may easily be persuaded to make a sacrifice in order to assist what they regard as “their” iron industry or “their” agriculture, or in order that in their country nobody should sink below a certain level. So long as it is a question of helping people whose habits of life and ways of thinking are familiar to us, of correcting the distribution of incomes among, or the working conditions of, people we can well imagine and whose views on their appropriate status are fundamentally similar to ours, we are usually ready to make some sacrifices.”

Brilliantly expanding on this, Hayek says:

Who imagines that there exist any common ideals of distributive justice such as will make the Norwegian fisherman consent to forgo the prospect of economic improvement in order to help his Portuguese fellow, or the Dutch worker to pay more for his bicycle to help the Coventry mechanic, or the French peasant to pay more taxes to assist the industrialization of Italy?”

And to those who most fervently supported the idea of an international order in spite of its many obstacles, Hayek explains that these sympathies usually arise because they see themselves as calling the shots in this new order:

If most people are not willing to see the difficulty, this is mainly because, consciously or unconsciously, they assume that it will be they who will settle these questions for the others, and because they are convinced of their own capacity to do this justly and equitably.”

And given the fact that most individuals would not agree with the sacrifices they are being asked to make for the good of global order, it would leave those in authority no choice but to rule by force.

To imagine that the economic life of a vast area comprising many different people can be directed or planned by democratic procedure betrays a complete lack of awareness of the problems such planning would raise. Planning on an international scale, even more than is true on a national scale, cannot be anything but a naked rule of force, an imposition by a small group on all the rest of that sort of standard and employment which the planners think suitable for the rest.”

But as history had so recently shown the world in Hayek’s day, the Germans were not uniquely evil. But, they had adopted a system that opened its arms to a “by any means necessary” policy, which in itself was evil.

It is a mistake to regard the brutality and the disregard of all the wishes and ideals of the smaller people shown by the Germans simply as a sign of their special wickedness; it is the nature of the task they have assumed which makes these things inevitable.”

But even if you believe your path to be the right one, as many Germans undoubtedly did, once you have crossed the line between consent and coercion, morality in your quest cannot exist:

To undertake the direction of the economic life of people with widely divergent ideals and values is to assume responsibilities which commit one to the use of force; it is to assume a position where the best intentions cannot prevent one from being forced to act in a way which to some of those affected must appear highly immoral...This is true even if we assume the dominant power to be as idealistic and unselfish as we can possibly conceive. But how small is the likelihood that it will be unselfish, and how great are the temptations!”

Individualism Is the Answer

But as is so typical of Hayek, he concludes this chapter by explaining that the only substantial alternative capable of effectively curbing authoritarianism is the individual. Without recognizing the role individual actors play in limiting power Hayek says, “We shall never prevent the abuse of power if we are not prepared to limit power in a way which occasionally may also prevent its use for desirable purposes.”

While the state’s ends may sometimes include prospects that might benefit us, consistency is of the utmost importance. We cannot condemn the state only when it acts in ways contrary to our own benefits. Because once we let the state in on one issue, they will soon invade as many as they can feasibly get away with.

It is for this reason that Hayek implores readers to consider the options ahead of us and realize that the path is clear:

Neither an omnipotent superstate nor a loose association of ‘free nations’ but a community of nations of free men must be our goal.”

In a world comprised of individual actors certain occurrences are inevitable. We can do our best to follow the golden rule and do all that we have promised to do, but we may never be able to prevent wars and instances of great violence from occurring. But as Hayek warns:

While we must aim at preventing future wars as much as possible, we must not believe that we can at one stroke create a permanent organization which will make all war in any part of the world entirely impossible.