The Intellectual Inconsistency of Championing Diversity While Condemning "Cultural Appropriation"

The intellectual inconsistency illustrated reveals that the identity politics of the left are basically a self-contradictory mess.

Frequent commenter Morganovich shared some comments by email yesterday, which inspired the Venn diagram above. With permission, I’ve taken the liberty of expanding Morganovich’s commentary supplemented with some of my own comments but giving him full credit for the main thrust and most of the text below. Here’s Morganovich:

I had a moment of clarity last weekend and realized something. The very same folks that love and laud the benefits of “diversity” (while never really explaining or proving what those benefits are) are the same ones who will hector you to death for engaging in what they call “cultural appropriation.” How can this not be seen as the most fundamental contradiction and blatant intellectual inconsistency (see Venn diagram above)?

The main benefits of cultural diversity would seem to result from being able to selectively adopt the best and most interesting ideas and practices (e.g., food, fashion, music, language, etc.) from everyone and every subculture in a society and imitate and use them—out of admiration for the diversity those subcultures have to offer others.

At one point, eating a burrito in most parts of America was probably both rare and weird. Then, burritos and Mexican food got enthusiastically “appropriated” by Americans, became absolutely mainstream cuisine over time (e.g., Chipotle). To our collective benfit, a foreign culture became less strange and more accepted by Americans, to the point that salsa eventually started outselling ketchup.

Isn’t this what we want? Isn’t this what any subculture should want? If people say “Hey, that’s a very attractive style of dress or hair style! I’d like to dress like that or wear my hair like that!” they are paying you a huge compliment of admiration and imitation, not trying to steal or “appropriate” anything from you. 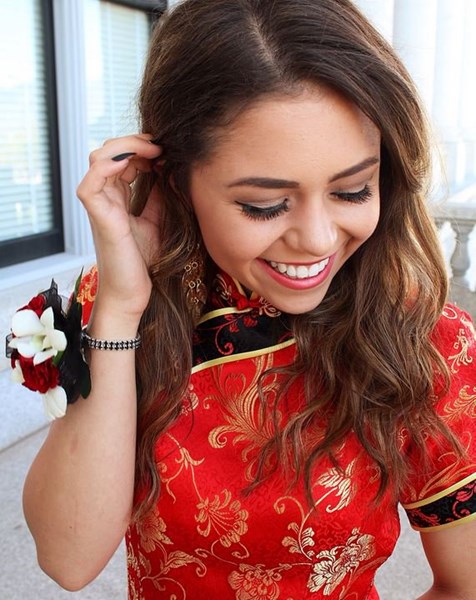 For example, there was the recent uproar when Utah high school student Keziah Daum was harshly criticized and accused of cultural appropriation by some for wearing a Chinese-style dress to her prom (see photo above). But as the New York Times reported:

When the furor reached Asia, many seemed to be scratching their heads. Far from being critical of Ms. Daum, who is not Chinese, many people in mainland China, Hong Kong and Taiwan proclaimed her choice of the traditional high-necked dress as a victory for Chinese culture. “I am very proud to have our culture recognized by people in other countries,” said someone commenting on a post of the Utah episode on WeChat.For example, there was the recent uproar when Utah high school student Keziah Daum was harshly criticized and accused of cultural appropriation by some for wearing a Chinese-style dress to her prom (see photo above). But as the New York Times reported:

“It’s ridiculous to criticize this as cultural appropriation,” said Zhou Yijun, a Hong Kong-based cultural commentator. “From the perspective of a Chinese person, if a foreign woman wears a qipao and thinks she looks pretty, then why shouldn’t she wear it?”

The fact that eating Japanese sushi or Vietnamese or Thai food (none of which was available in most parts of America when anybody middle-aged or older was growing up) is now so common, instead of odd, is a sign that progress is being made and food diversity is providing benefits to Americans.

(MP: I remember the very first Vietnamese restaurant in Minneapolis—the “Saigon Coffee Cup”—opening in about 1977, followed by the first Thai Restaurant in the Twin Cities in 1979—the Siam Café. Today there are many, many dozens of Vietnamese and Thai restaurants scattered all over the Twin Cities, with at least one in almost every neighborhood in the Minneapolis-St. Paul and suburban areas).

Who cares if the chef at the California-based “Marindian” restaurant I used to go to in Marin County was Jamaican and neither Indian nor Californian (the two cuisines he was fusing)? Aren’t we all supposed to be able to grow up to be what we want and self-identify as we see fit? A genetic boy can engage in “gender appropriation” and self-identify as a girl, but a white male cannot study the cooking styles of Brazil and self-identify as a chef of Brazilian cuisine? I can choose my own pronouns, but not select my own prom dress or style of dance without being accused of “cultural appropriation”? It’s really kind of hilarious and yet disturbing when you unpack it this way.

The intellectual inconsistency illustrated in the Venn diagram above reveals that the identity politics of the left are basically a self-contradictory mess. The social justice warriors claim to want and value “diversity,” but at the same time you are not allowed to adopt or imitate, out of great admiration, the cultural memes, traditions, customs, and practices of other cultures? Do we possess the ability to self-identify or don’t we? This hypocrisy of the left is neither true “diversity” nor “liberalism”—rather it’s a self-indulgent tantrum that reflects a pathological desire to bully others without being bullied in return, which is precisely that aspect of the “dominant culture” they profess to hate.

The progressive left is behaving exactly in a way they profess to despise—as narrow-minded, virtue-signaling little thought tyrants spouting dogmatic and intellectually inconsistent, empty platitudes about diversity and cultural appropriation to defend what they claim to be their right to bully others with impunity.