The Courts are Right to Stop the Immigration Ban

District Judges are seeing the many flaws in the President's Executive Order. 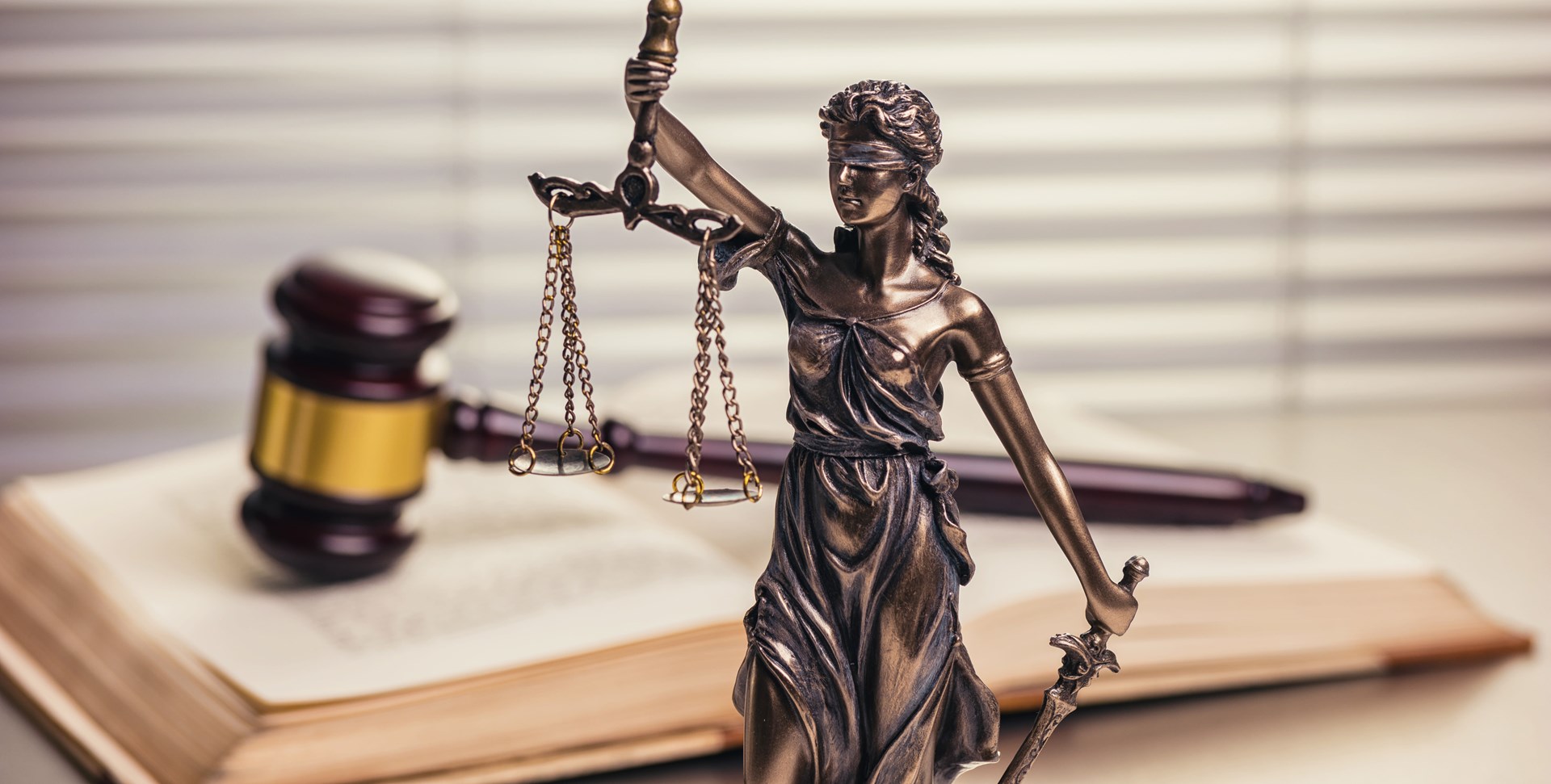 Last week, in IRAP v. Trump, the Federal Court of Appeals for the Fourth Circuit – which handles appeals from district courts in Maryland, Virginia, West Virginia, North Carolina, and South Carolina – upheld a preliminary injunction against portions of President Trump’s Executive Order banning entry of individuals from six African and Middle Eastern countries. On critical points, the court’s opinion and the concurring opinions cite or rely upon Cato’s work about the order.

Ten of the 13 judges found that the plaintiffs were likely to succeed in showing that the order violates the Establishment Clause of the Constitution. The court’s opinion cites Cato’s amicus brief to resolve a preliminary matter: whether the executive order – it calls it “EO-2” – “injured” any of the individual plaintiffs. The plaintiffs argued that one man in particular would be separated from his wife due to the order’s ban on visas.

The government admitted that this would constitute an injury, but argued that the injury would not be “imminent” because he has offered no reason to believe that the ban on entry “will delay the issuance of [his wife’s] visa.” To this, the court responded (p. 35):

But this ignores that Section 2(c) appears to operate by design to delay the issuance of visas to foreign nationals. Section 2(c)’s “short pause” on entry effectively halts the issuance of visas for ninety days – as the Government acknowledges, it “would be pointless to issue a visa to an alien who the consular officer already knows is barred from entering the country.” Appellants’ Br. 32; see also Brief for Cato Institute as Amicus Curiae Supporting Appellees 25–28, ECF No. 185 (arguing that Section 2(c) operates as a ban on visa issuance).

Indeed, that is exactly what we argued: The executive order was designed to discriminate in the issuance of immigrant visas based on nationality, and it would at the very least delay their ability to travel to the country.

The Ban Is Not about National Security

We also argued that the court should not take seriously the position that the purpose of the executive order was national security. Relying on my colleague Alex Nowrasteh’s policy analysis and subsequent blog post, we wrote, “not a single person from these countries has killed anyone in a terrorist attack in the United States in over four decades.” A separate amicus brief by nearly 30 former national security advisers, from both major political parties, cited Nowrasteh’s work and used similar language to our amicus, which the court cited (p. 61):

The Government’s argument that EO-2’s primary purpose is related to national security, Appellants’ Br. 43–44, is belied by evidence in the record… According to former National Security Officials, Section 2(c) serves “no legitimate national security purpose,” given that “not a single American has died in a terrorist attack on U.S. soil at the hands of citizens of these six nations in the last forty years” and that there is no evidence of any new security risks emanating from these countries. Corrected Brief for Former National Security Officials as Amici Curiae Supporting Appellees 5–8.

The Executive Order itself cited two specific examples of terrorist attacks that the president believed would be prevented by it. In our brief, we noted that the one case refers to two Iraqi nationals not subject to the new order and the other refers to a Somali national who came as a child. The court cited this evidence as well without citing Cato, but Judge Thacker in her concurring opinion (pp. 129-147) does cite us on this point (p. 136):

One example is from Iraq, but, as Iraq is not part of EO- 2, it does not support this ban at all. The other example involves a child brought to the United States as a two-year-old. As this two-year-old was ultimately radicalized in the United States and not abroad, this case is unrelated to better screening and vetting – the purported purpose of EO-2. See Br. for Cato Institute as Amicus Curiae Supporting Appellees at 12–13.

Judge Thacker goes on to make a point that we emphasize in our brief. We wrote, “To the extent the Order is based on evidence at all, it is based on evidence regarding countries – more precisely, ‘conditions in six of the previously designated countries’ – rather than nationals of those countries, who are the actual subjects of the Ban.”

We pointed out that a person could be a national of a country that he has never actually lived in, concluding that, “Where government action imposes such overinclusive restrictions, “[i]t is not unreasonable to infer, at least when there are no persuasive indications to the contrary, that [such] a law … seeks not to effectuate the stated governmental interests,” but rather to advance impermissible purposes.” Judge Thacker notes the same thing (p. 138):

Moreover, if the conditions in the six countries subject to EO-2 truly motivated the Government’s travel ban, the Government would have based its ban on contact with the listed countries, not nationality. Under EO-2, a person who is a citizen of Syria would not be allowed to enter the United States even if they had never set foot in Syria. However, a person who lived his or her whole life in Syria but never obtained Syrian citizenship, and had even recently lived near terrorist-controlled regions of Syria, would be unaffected and freely allowed to enter the United States. As a result, EO-2 is at once both overinclusive and underinclusive and bears no logical relationship to its stated objective.

Since last year, I have argued that, setting aside the constitutional questions, the order as applied violates the letter of the law. Our brief argued the same. Since 1965, the Immigration and Nationality Act has banned all discrimination in the issuance of immigrant visas – or permanent residency visas – based on national origin or nationality. Some of the plaintiffs in this case were U.S. citizens or legal permanent residents petitioning for their spouses or family members, and the order would purport to deny or at least delay their ability to obtain a visa. That’s a violation of the law.

The district court found that the order did violate the law, but only insofar as it related to visa issuance, not entry. In other words, the government had to issue travel documents to the applicants under the 1965 law (8 U.S.C. 1152(a)), but could deny them entry under its separate authority in 8 U.S.C. 1182(f).

As I wrote before, neither party had argued for this strange result, but it was a major win in any case for the plaintiffs. Once a person is inside the United States, the law guarantees their right to apply for asylum. As we saw the night the initial ban was rolled out, courts are willing to intervene to protect them.

The opinion of the majority for the 4th circuit decided to set this issue aside because its decision on the constitutional issue would render the statutory argument superfluous. But two of the three judges who wrote concurring opinions on the issue did agree that the administration is violating the law to a greater or lesser degree than the District Court did. Judge Thacker defends the lower court’s reasoning against the government (p. 143):

The Government also contends it would be a “fruitless exercise” and would “make no sense” to enable issuances of immigrant visas pursuant to § 1152(a)(1)(A), when those aliens receiving the visas would nonetheless be barred from entering the United States once they reach our borders. Appellants’ Br. 31, 35. I fail to see how permitting a national of one of the Designated Countries to continue with her immigrant visa process would be fruitless, unless, of course, the Government intends to use the ban as a gateway to a much more permanent ban, ultimately sweeping in those nationals whose processes were halted by the order. See Section 1(a) (stating that a “Policy and Purpose” of the EO- 2 is to improve the protocols and procedures “associated with the visa-issuance process”). Moreover, being a visa holder, even if one may be temporarily inadmissible, carries with it a certain status with regard to EO-2. See, e.g., EO-2, § 3(c) (suggesting that one receiving a visa from U.S. Customs and Border Protection during the protocol review period could gain entry to the United States).

As importantly, however, both her opinion and that of Judge Wynn would actually go further than the district court’s view and strike down the ban on entry of immigrants as a violation of 8 U.S.C. 1152(a)’s prohibition on nationality-based discrimination. Judge Wynn’s concurrence in particular follows my line of reasoning (p. 120):

Interpreting Section 1182(f) to allow the President to suspend the entry of aliens based solely on their race, nationality, or other immutable characteristics also would conflict with 8 U.S.C. § 1152(a), which provides that “no person shall receive any preference or priority or be discriminated against in the issuance of an immigrant visa because of the person’s race, sex, nationality, place of birth, or place of residence.” Congress passed Section 1152(a) in 1965, more than a decade after it enacted Section 1182(f), as part of a comprehensive revision to the Immigration Act intended to eliminate nationality-based discrimination in the immigration system.

Section 1152(a) deals with issuance of immigrant visas, rather than entry, which is governed by Section 1182. Nonetheless, reading Section 1182(f) as authorizing the President to deny entry based on invidious discrimination would place Section 1182(f) in conflict with Section 1152(a), which prohibits invidious discrimination in the issuance of visas. In particular, the Immigration Act authorizes the executive branch to refuse to issue a visa to any alien who “is ineligible to receive a visa or such other documentation under section 1182.” 8 U.S.C. § 1201(g). As the Government concedes, the President’s exercise of his authority under Section 1182(f) to deny entry to aliens from the six predominantly Muslim countries, were it lawful, also would bar, by virtue of Section 1201(g), such aliens from obtaining visas, including immigrant visas. This would be the very result Congress sought to avoid in ending nationality-based discrimination in the issuance of immigrant visas through its passage of Section 1152(a).

These two paragraphs are virtually identical to my argument. As I have noted before, the law also applies the procedures for “visas” to granting “status,” which is what happens at the border when you are granted entry. This interpretation avoids an absurd result and gives meaning and effect to each provision of law. Judge Thacker’s analysis of how to resolve conflict between two apparent conflicting statutes (pp. 144-146) closely parallels mine as well.

Judge Keenan disagrees, but her reasoning – that the ban on visas is different than a ban on entry – would support the district court’s decision. She fails to acknowledge this or address the points raised by Thacker and Wynn. None of the dissents deal with this issue at all. We filed a similar brief in the related 9th Circuit case over the executive order, Hawaii v. Trump, that is still pending.