The Blockchain Matters More than the President

As time has marched forward, awareness of the sheer awesomeness of this technology has dawned on more and more people.

It’s like clockwork. When the price of Bitcoin (the dollar exchange rate) goes up, my inbox lights up.

“What is Bitcoin and how can I buy it?”

Then the price goes down, and it’s radio silence again, but for people who complain that their investment hasn’t panned out.

Every new technology must enter our lives through real-time market experience.  What’s going on here is the classic pattern. Non-specialists buy high (because of rising public attention) and sell, and then fail to buy low (because low prices don’t make the news). It’s no different with cryptocurrency than it is with any other stock.

What’s difficult for people to understand is that far more is at stake with Bitcoin than your investment portfolio. Anyone who thinks of this innovation merely as a chance for riches has completely misconstrued the significance of what we are dealing with here.

Still, every new technology, even revolutionary ones like railroads or flight, must enter our lives through real-time market experience, with all its trials and errors, failures and success, legit companies and frauds, along with investors who get burned and those who make it big.

That’s what captures the headlines. What doesn’t grab attention is the deeper implications of the technology driving Bitcoin: in time, it could fundamentally alter the relationship between the citizen and the State, not just at home but all over the world.

The structure of technology in our time has flipped the traditional model of what makes societies tick. After a wildly contentious election season, you might get the impression that the future of the country, if not the world, hinges on the quality and ideology of top-down leadership. That’s actually wrong. Very little was said during the entire election about digital technology; nothing ever came up concerning distributed ledgers and the remarkable invention of a fully private currency that lives on the Internet and works without third-party intermediaries.

It’s a paradigmatic case of how the structure of technology in our time has flipped the traditional model of what makes societies tick and what drives history forward. As we are learning, presidents and parties come and go; what persists and what keeps advancing regardless of political trends are the tools we use to improve our lives. Here is where the real action is.

This blessed reminder was granted unto me in the last few days.

I addressed and attended sessions at an industry-backed conference on Bitcoin in Miami, Florida (nice write up here). No political party or cause was represented at this event. I don’t think I heard a word from the podium concerning platforms or voting or needed legislation. Instead, the presentations were about new ways to use cryptocurrency and distribution ledger technology to bring ever-better services to people all over the world.

Bitcoin has matured beautifully since its release in 2009.The discussions were technical and detailed, with some of the best minds in the Bitcoin space conferring, sharing, and sometimes arguing. I found the whole environment invigorating to say the least.

Bitcoin has matured beautifully since its release in 2009. It has long since moved past the incredulity stage, though apparently skeptics will always be with us. What we see now is the drive toward mass adoption and industry application in every area, from payment processing to enterprise-building to security titling and contracting.

To people who live and breathe in the Bitcoin space, the progress might appear slow. But by any historical standard, the passage of time between invention and public availability has actually been remarkably fast. After all, we are only now celebrating its 8th birthday! And as time has marched forward, awareness of the sheer awesomeness of this technology has dawned on more and more people. 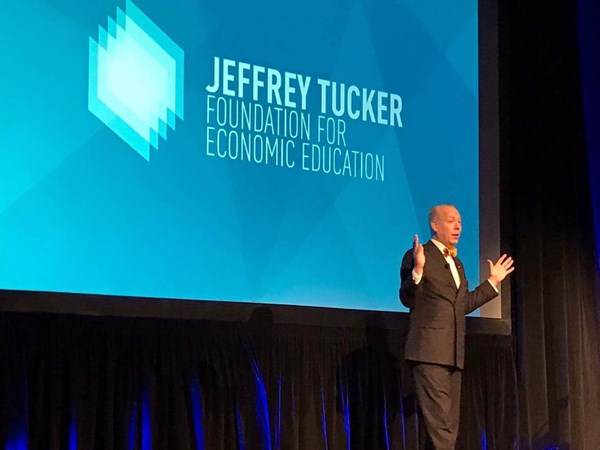 What Is It and Why It Matters

Bitcoin is a market-based money and payment system that operates on its own, without the need for regulators, central banks, or even financial intermediaries.To those who own Bitcoin, develop within Blockchain applications, and read about this topic all the time, all of this is old news. And yet this knowledge is far from having gained popular recognition. Every time I’m interviewed, the questions come up: what is Bitcoin and why does it matter?

My best attempt: Bitcoin is a market-based money and payment system that operates on its own, without the need for regulators, central banks, or even financial intermediaries. It is not only a money and payment system, however; it is also a system for bundling, documenting, and trading immutable packets of any kind of information that can include contracts, property titles, or any other form of human agreement, regardless of geographic proximity. This means that the resulting currency and/or information system operates completely outside borders and outside the domain of the nation-state.

And it does all of this at an extremely low cost.

Where did it come from? This is the interesting part. The first explanation was posted on a free email list, followed by the release of the “genesis block” in public but very few people paid any attention at all. Fully 10 months went by before Bitcoin obtained any kind of posted price.

The people behind the technology were brilliant, to be sure, but unconnected from power. The blueprint didn’t appear in an academic journal. The currency was not created by the Fed or the Treasury. No policy maker was consulted. The geeks behind this innovation asked no one for permission; they trusted the market, which is to say people, to determine its success or failure.

And why does it matter? Everyone has his or her own opinion on this. My angle is monetary. If there can be a parallel currency to nationalized monies, developing in tandem, the world economy is granted a future beyond the current miasma. So many modern problems and horrors trace to government money: economic depressions, declining incomes, wars, government growth and debt, cultural destabilization, and so much more. Finding a solution to this problem, and a path for reform, is a priority for anyone who loves liberty.

What we now need is a free-money movement comparable to the free trade movement of the nineteenth century, demonstrating not merely the harm caused by acute inflation, which could justifiably be argued to be avoidable even with present institutions, but the deeper effects of producing periods of stagnation that are indeed inherent in the present monetary arrangements ...

It will be necessary that the problem and the urgent need of reform come to be widely understood. The issue is not one that, as may at first appear to the layman, concerns a minor technicality of the financial system that he has never quite understood. It refers to the one way in which we may still hope to stop the continuous progress of all government towards totalitarianism that already appears to many acute observers as inevitable. I wish I could advise that we proceed slowly. But the time may be short. What is now urgently required is not the construction of a new system but the prompt removal of all the legal obstacles that have for two thousand years blocked the way for an evolution that is bound to throw up beneficial results that we cannot now foresee.

Certainly no one, not even Hayek, could foresee the brilliance of the Blockchain in its operation and possible effects on the world. But we are fortunate to be living in the midst of its emergence and development.

The Bitcoin system is being developed in the context of consensus from actual stakeholders and tested by market results. At the conference I attended, there were fierce debates about the correct size of blocks on the chain. It is currently limited to 1 megabyte, and many people complain that this is not enough to permit the system to be scaled for universal use. Other people believe that a fundamental change in the core code is too dangerous, and that issues of scaling should be handled by add-ons and external layers to the current protocol.

I’ve heard all sides and I’m not in a position to say which is best. What I find remarkable is the method by which a solution is going to be found. It is not about experts with resources and power imposing a solution from above. We’ve been there and done that and the results have been terrible (consider Bretton Woods or Nixon’s monetary reform).

The Bitcoin system is being developed in the context of consensus from actual stakeholders and tested by market results. This is the right path forward. Whatever the results, they stand a much stronger chance of putting the world economy on a forward path than any legislation or executive order coming from any government or political party.