The questions Yes Minister asks are not impertinent: Are long-term appointments of top-class civil servants really a good idea? 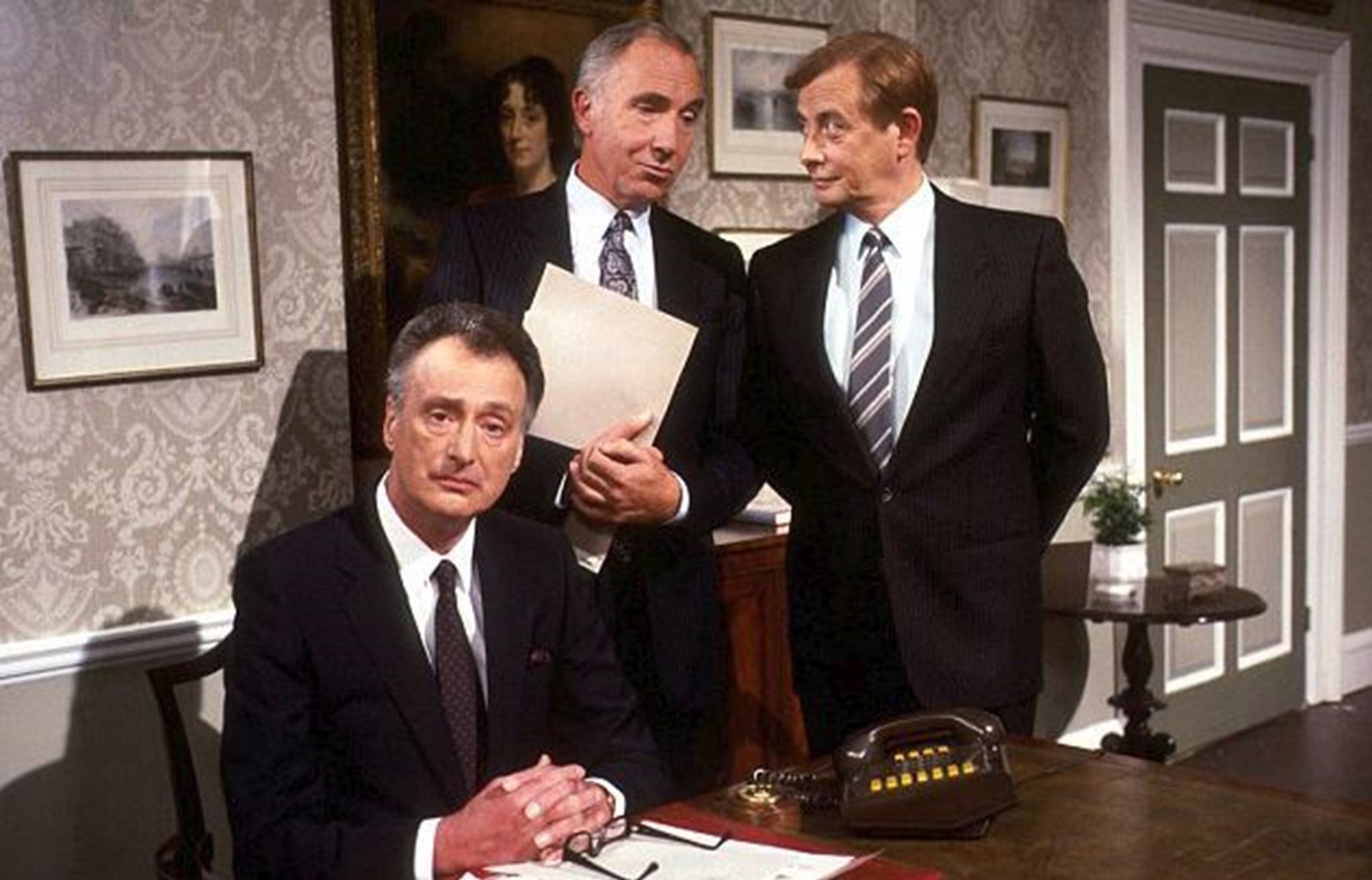 The British satire show Yes Minister was unique in its display of the inner-workings of government. It's as up to date as ever.

The series ran on BBC Two between 1980 and 1988 (the show was renamed Yes Prime Minister at a later stage) and has in its core the characters of Jim Hacker (the minister), Sir Humphrey Appleby (permanent secretary), and Bernard Woolley (Hacker's principal private secretary). Hacker plays the role of minister of administrative affairs, making him responsible for the British civil service and any type of reforms deemed necessary for the inner-workings of the government. He is what Americans would probably describe as a "dork": he's unable to understand the intrigue of the civil service, optimistic about his actual power, and easily swayed towards one position or the other within a few minutes.

Interestingly enough, Yes Minister shows how fear-mongering and delay are among the civil service’s tactics to stay in power.

Sir Humphrey represents the civil service: he is stubborn and opinionated, and manages to protect his interests and those of the bureaucrats with ingenious wit and plot. Humphrey characteristically says "Yes Minister" repeatedly, though he's clearly understood to mean "No." Bernard is a more innocent personal secretary whose willpower is easily broken by Sir Humphrey and who inquires constantly about the nature of government. He is also used to parody the civil service: he constantly chips in with unnecessary knowledge that does not help the conversation but was acquired in his university studies.

The questions Yes Minister asks are not impertinent: Are long-term appointments of top-class civil servants really a good idea? In one episode, Sir Humphrey lays out that throughout his career as an assistant to government ministers, he argued both in favor of and against the death penalty and both in favor of and against the legality of homosexuality. Humphrey explains that he couldn't possibly be convinced by what he does, otherwise he'd be diagnosed with multiple personality disorder.

In 2015, the United States employed a total of almost 22 million government employees in federal, state, and local government. Now, of course, hardly any of them are a Sir Humphrey or a Bernard, but it does give you perspective on the scale and significance of the civil service and the people who work in it. Civil servants aren't only employees; they are, in fact, employees who vote for their bosses in significant numbers. All of the 22 million government employees vote, and they are closely associated with people (in this case their own families) who share their financial interests. When politicians do not exchange civil servants as they take office, they can get stuck with hostile and powerful bureaucrats who lobby for their own interests.

The upsetting news is that in today's Britain, a show like Yes Minister would be unlikely to be produced.

"If we want clean water and safe streets—not to mention more complicated things, like a counterintelligence service that can detect foreign spies—then we should demand that our government appoint people for their qualifications, not their red Make America Great Again hats."

Interestingly enough, Yes Minister shows how fear-mongering and delay are among the civil service’s tactics to stay in power. In fact, Jim Hacker continuously gets confronted with the wrath of the Deep State as soon as he tries to reform any of it. Sometimes, however, voices of reason appear, as in the example of this clip where his wife and his political adviser attempt to make the case for abolishing the department of education:

The upsetting news is that in today's Britain, a show like Yes Minister would be unlikely to be produced. The BBC would be worried about offending people or even, as Applebaum would write, undermining public faith in the institutions of the country.

However, Jim Hacker also evolves throughout the series. He more and more understands how his own civil servants are plotting against him to maintain the status quo and becomes better at overcoming this obstacle. We should feel emboldened by that.