Subprime Loans Are Back, Proving We Have Learned Nothing from 2008

Many are claiming that this time will be different than the last. This should concern just about everyone. 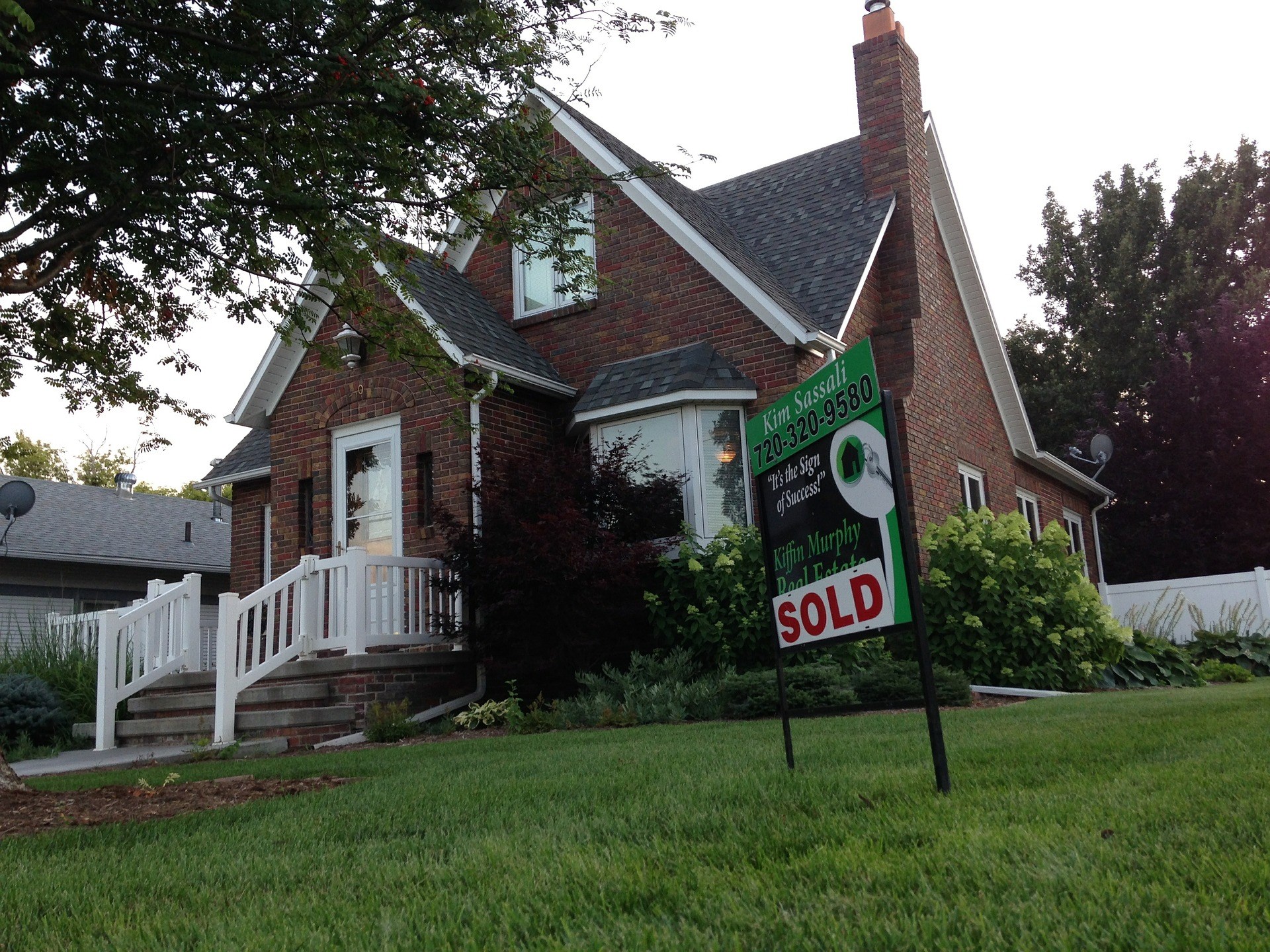 For as often as the phrase “history repeats itself” is used, it’s shocking how rare it is for mankind to actually learn from its mistakes. This year marks a decade since the housing crisis rocked the American economy to its core. Its implications were so far-reaching, many are still recovering from the devastation today, making it all the more frustrating that few seem to have learned any sort of lesson from the not-so-distant collapse.

Over the last several weekends, the nonprofit, Boston-based brokerage Neighborhood Assistance Corporation of America (NACA) partnered with big banks and hosted events all across the country, attracting tens of thousands of attendees. These events are meant to help people apply for subprime home loans. If the term “subprime” does not immediately jump out at you, it should. “Subprime” mortgages were a primary culprit of the 2008 financial crisis.

But instead of being shocked by the fact that these risky loans are making a comeback, and rather than advising the public to proceed with caution, media outlets and financial institutions are looking at this resurgence as if it is somehow a good thing for the American economy. Many are even claiming that this time will be different than the last. This should concern just about everyone.

What Are Subprime Loans?

Subprime loans were at the forefront of the housing crisis, but few people fully understood what they were at the time, borrowers included. However, the term became a household name in 2015, after the film adaptation of the book The Big Short was released. The film attempted to simplify the complexities of the housing crisis by making them digestible to average moviegoers. And aside from the film failing to point out the integral role the government played in the whole debacle, it did a fairly good job at explaining the crisis and exposing subprime loans for exactly what they are: bad loans.

In order to qualify, potential borrowers were not even asked to verify their incomes or put any money down on their new homes.

To put it as simply as possible, a subprime loan is exactly as it sounds in that it is a loan given to someone whose credit score is “subprime.” Whenever someone applies for any type of loan, they are typically given an A-F credit rating, ranging from ideal lending candidates to those without any feasible means of repaying the loan. Subprime loans were created specifically for those who fall between C-D ratings, which means they are riskier since these borrowers typically have low-paying jobs and struggle to make ends meet. Some are even retirees on fixed incomes.

Because these borrowers were already considered to be a risk, during the lead up to the housing crisis, the requirements for the approval process were almost nonexistent. In order to qualify, potential borrowers were not even asked to verify their incomes or put any money down on their new homes, making these loans accessible to just about anyone.

The lenders themselves have admitted that these loans were approved with the mutual “understanding” that at some point, these applicants will get higher-paying jobs, even if there was no evidence to suggest that this was the case. And if you think it sounds ludicrous to loan hundreds of thousands of dollars out to those without the means to pay it back, you are absolutely correct. But unfortunately, this is also exactly what happens with student loans on a regular basis.

By creating “diversified” portfolios, the banks are able to unload their debt on investors willing to buy these “collateralized debt obligations.”

You might think that a lending institution would have to be crazy to give money to those without the means to pay them back. But there are a few reasons why it is in a bank’s best interest to do so.

For starters, these are high-interest loans since those with poor credit are more willing to agree to higher rates. So these loans can be extremely profitable when we account for the percentage of borrowers who are actually able to repay them. And even when borrowers do not pay on time, the banks have still found a way to make a profit by lumping in subprime loans with loans given to those with A-B credit ratings. By creating these new “diversified” portfolios, the banks are able to unload their debt on investors willing to buy these “collateralized debt obligations,” as they are called. This was an extremely profitable practice both before the Great Recession and today.

During the real estate boom, investors wanted a piece of the action, but an individual mortgage is too risky—that one household might lose their jobs and default. So investment banks could package many mortgages from all over the country, put them in one big "bucket," and then each month the households would send in their mortgage payments, filling up the bucket. The investment banks then sold off slices of the bucket—called tranches—to different investors. The "bottom" of the bucket would fill up with cash first, so it was very safe; only if all of the households defaulted would those investors not get paid. The slice at the top of the bucket was much riskier, but its initial price was lower so the expected return would be much higher. Because of the diversification, and the belief that all real estate was local, the ratings agencies thought the safe tranches were very safe—getting AAA ratings. In retrospect, this whole process was fundamentally flawed.

At the height of the economic boom, subprime loans were justified and even praised under the guise that they helped working-class individuals get a shot at the American Dream. But as we saw happen during the “bust,” more often than not, borrowers defaulted on these loans and lost almost everything as a result. Unfortunately, it seems like history may be due to repeat itself.

This Time Will be Different… Honest

While the loans NACA is helping individuals apply for are “subprime” in nature, that is not what lenders are calling them these days. In order to avoid the negative connotations now associated with these risky loans, banks have started referring to them as “non-prime” loans. And while these are virtually indiscernible from their subprime predecessors, the banks and NACA have been quick to defend non-prime loans as a completely different situation than before. But the scariest part about all of this is that consumers actually believe that this time will be different.

Unless you have the physical wealth needed to make such a large purchase, homeowning may not be the wisest decision.

During the housing crisis, Magdalene Altidor lost her home to foreclosure. And yet, she was one of the first people in line when NACA hosted an event in Miami. "I left home, it was about 4 a.m. I'm ready to purchase a home,” she told CNBC. She later added that "Homeownership is freedom." But strapping yourself to debt that you cannot possibly afford is not the path towards liberation, even if Altidor thinks that this time, her monthly payments will be low enough to afford.

Playing the heartstrings of those who dream of homeownership, Bruce Marks, CEO of NACA, commented on these non-prime loans saying, "It's a national disgrace about the low amount of homeownership, mortgages for low- and moderate-income people and for minority homebuyers.” But the unfortunate truth of the matter is unless you have the physical wealth needed to make such a large purchase, homeowning may not be the wisest decision, no matter how badly you may want it.

NACA and other proponents of non-prime loans have also insisted that certain consumer safeguards have been added this time around, like verifying employment and requiring each applicant to attend workshops on how to budget for their new mortgage. But these solutions are better in theory than they are in reality.

For starters, “verifying employment” is a term used rather loosely. In order to get approved for a $1.5 million loan, all these non-prime lenders really need to see is a bank statement to show that you have some money in the bank. And when it comes to credit scores, even those with FICO scores under 500 qualify. Additionally, past foreclosures, bankruptcy, and a history of late or missed payments will not decrease your chances of approval. If this sounds oddly familiar, that is because it is. And we already know how this story ends.

Required classes on financial planning and budgeting can only do so much good. When all is said and done, there is very little a lender can do to safeguard against foreclosure if someone doesn’t have the means to pay for their home. And budgeting can only get you so far if one or more breadwinners suddenly find themselves unemployed and without a stable income. And given that many of these non-prime borrowers are typically low-wage earners without college degrees, employment may not be as stable as it might be for those with higher credit ratings.

When the market corrects itself, the illusion of wealth will have to balance itself with the reality of the situation.

NACA representatives and others from the banking world have also downplayed concerns over these non-prime loans by reassuring the public that this is not 2008 and that the housing market is booming. True, right now, the entire economy is booming. Unemployment is down and financial prosperity is up. Unfortunately, this was also the state of things in the lead up to 2007 as well.

Marks attempted to defend the work of NACA by boasting that there have not been any foreclosures since non-prime loans have been on the rise, but there is a reason for this. Right now we are in the throes of an economic boom. But when the market corrects itself, something even Donald Trump admits is coming, the illusion of wealth will have to balance itself with the reality of the situation.

According to AJ Barkley, a senior vice president of consumer lending at Bank of America, “...we're over a 90 percent approval, meaning 90 percent of the people who go through this program that we actually underwrite the loans."

Let that sink in for a moment: 90 percent of those applying for these non-prime loans of up to $1.5 million are approved. If you think this is not ripe for an economic disaster, you might want to think again. To make matters worse, it’s hard to believe any of the positive claims being made when you realize that for each approved non-prime loan, the banks give NACA a $3,000 kickback. And considering the 90 percent approval rate, NACA is cleaning up quite nicely, all at the expense of the consumers.

And as if all of this wasn’t painfully reminiscent of 2008, Rick Sharga, the Vice President of Carrington Mortgage recently said of these non-prime loans,

We are going to keep some of these loans on our books, but we’re also going to securitize some of the loans. We believe there is actually a market today for people who want to buy non-prime loans that have been properly underwritten.

And by properly underwritten Sharga means, well vetted. But as we have seen, the approval process for these loans is anything but rigorous.