Did the Fed Fix the Economy? There's Strong Evidence of a Weak Recovery.

Things are not as great as Bernanke imagines

It is now seven years since the onset of the subprime mortgage crisis. Few disagree that government power expanded during the crisis, but many disagree about the success of government policies in dealing with the crisis and its aftereffects.

Former Fed Chairman Ben Bernanke claims that economic conditions have improved. Stephen Colbert interviewed Bernanke recently, and according to Bernanke, “The economy is coming back. The unemployment rate was ten percent, now its five percent. So we’ve made a lot of progress there.”

But what matters is not Bernanke’s opinion; what matters is the evidence. The official unemployment rate (U3) is down to five percent. But many people have given up looking for work or have reluctantly accepted part time work. A broader measure of unemployment (U6) is still ten percent. Additionally, labor force participation as a whole has contracted, and it has yet to recover at all. 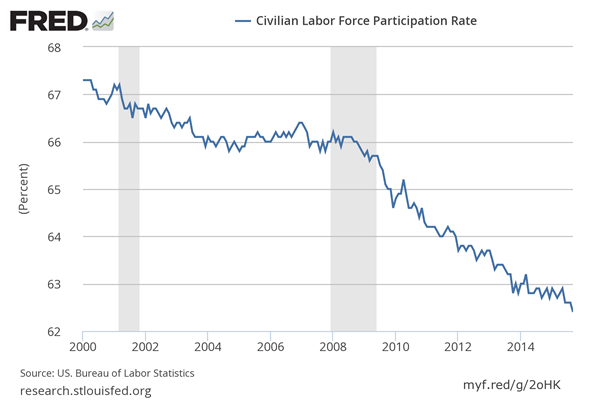 Economist Austin Goolsbee insists that the labor force has shrunk recently due to retirements and an aging population, but this is misleading. Labor force participation has also fallen among 25-54 year old Americans. 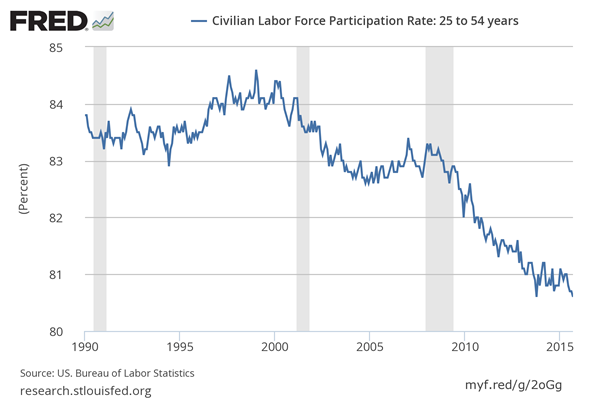 One could argue that private hiring has improved recently. It is in fact the case that monthly private hiring is almost back to where it was before the financial crisis. 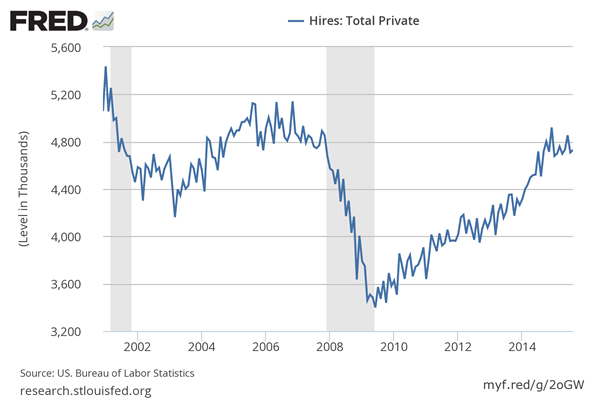 The real picture is not, however, as good as the raw monthly hiring data suggests. The total US population has grown in the past decade, so while the labor force participation rate is down, the labor force is larger in absolute terms. If you calculate the rate of private monthly hires, you find that private hiring has not fully recovered. 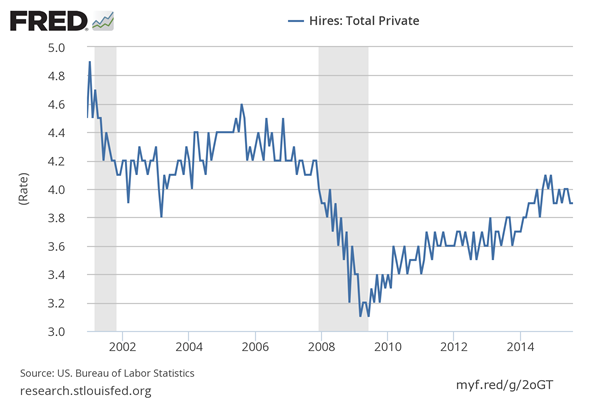 Finding the exact causes of weak private hiring would require careful analysis. What can be said here is that increased public spending and regulation has not produced a strong recovery. Private hiring has been very weak in the past seven years, and labor force participation has fallen among the prime working age population.

Bernanke offered some other thoughts on the crash and the recovery. He thinks that newly enacted federal regulations will prevent another crisis: “We put some good regulations on so this won’t happen again.”

Bernanke should consider the possibility that those same regulations are preventing a recovery from the last crisis. He might also think about the failure of regulators at the Fed and other agencies to prevent the 2008 crisis — and perhaps also what they did to help cause it.

It would be worthwhile to avoid repeating the history of the past decade. To do so, we must learn from history, but history must be understood through relevant and meaningful evidence. And the evidence suggests that government officials played central roles in the events of the past decade, and the economy has not recovered as well as they have claimed or had predicted.