Squatters Reveal the True State of the Housing Market 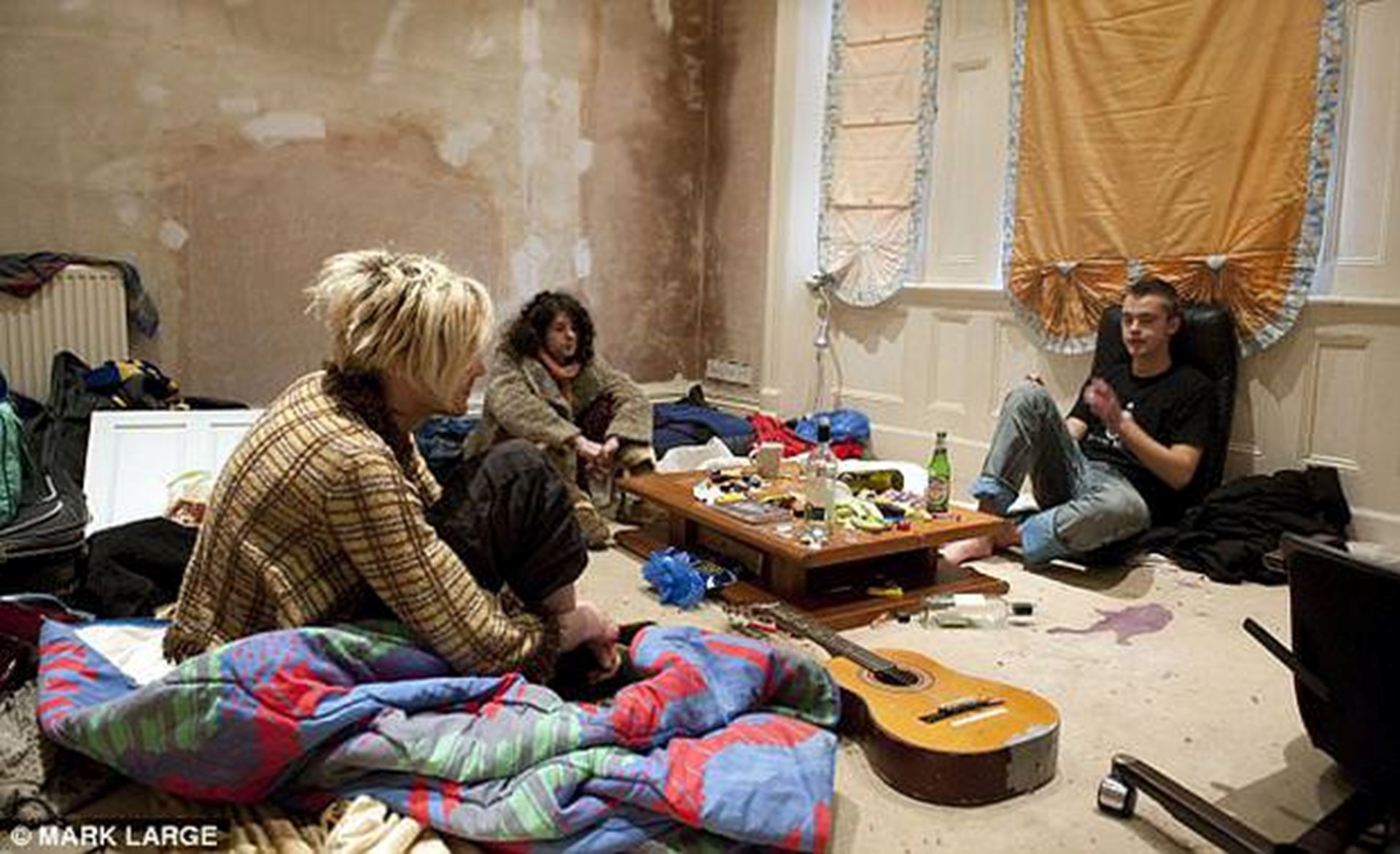 According to CNBC one way to slow down the Fed and its impending interest rate hikes is for builders to construct more homes. You see, according to Lawrence Yun, the chief economist and senior vice president of research at the National Association of Realtors,

Over the past 10 years from 2007 to 2016, average housing starts were 900,000 per year. That is grossly inadequate. That is why there is a housing shortage across the country. Inventory supply of homes available for sale remains at historic lows, and rental vacancy rates have fallen to under 7 percent, the lowest since the mid-1980s.

Yes, you heard that right, there are not enough houses, which is driving up a CPI component that makes up 24.5% of the index. “Specifically, rent rose 3.9 percent, while the homeowners' equivalent of rent increased by 3.5 percent. The latter requires assumptions and is a bit fuzzy, but essentially, it tries to measure what homeowners would pay in rent to live in the home they own,” explains Mr. Yun.

Fuzzy is right. Investopedia says “owners' equivalent rent is obtained by directly asking sampled homeowners the following question: ‘If someone were to rent your home today, how much do you think it would rent for monthly, unfurnished and without utilities?’”

While economists are worried about too few houses being built, squatting in vacant homes has become an epidemic in Las Vegas.

No doubt, more than a small bit of what behavioral economists call the “endowment effect” is at work here, which “is the hypothesis that people ascribe more value to things merely because they own them.” But the compilers of CPI wouldn’t want the facts to get in the way of their figures. So they believe whatever guess a homeowner might make as to how much their home sweet home would rent for.

While economists are worried about too few houses being built, squatting in vacant homes has become an epidemic in Las Vegas, where 2% of all homes sit vacant, remnants of the housing crash that left 80% of mortgagees underwater. John Glionna, writing for The Guardian, explains “Las Vegas metropolitan police, which patrol an area of nearly two million residents, have seen a 25% leap in the last three years in calls for service regarding suspected squatters, up to nearly 5,000 annually.”

In North Las Vegas, which was hit very hard by the crash, “officers have worked to remove trespassers from 180 homes in the last year alone.”

“This is affecting the entire valley,” Farese told The Sun. “There’s $600 million in property that is essentially being held hostage.”

Squatter scams are nothing if not clever. North Las Vegas police officer Scott Vaughn told The Guardian about investigating a scammer who scoped out long term occupant motels in town looking for pawns to take up residence in abandoned houses. “For $700, he can get them into a vacant house, where they can stay rent free until a bank pays them $3,500 to vacate the premises.” Brilliant.

Calling the cops and having them remove squatters isn’t easy. In many cases, Lt. Farese told the Las Vegas Sun, “people living in homes without authorization had presented officers with fake leases that they either drafted or received from scammers claiming to be representatives of the property owners.”

Nevada lawmakers made squatting a specific crime in 2015 to little effect. This session Assemblyman Edgar Flores has proposed a bill that would require leases on single-family homes to be notarized and contain contact information for the landlord or property agent. Leases without that information would be presumed phony.  However, finding a compliant notary and having fake landlords on call wouldn’t seem to be difficult.

In his book Shadow Cities: A Billion Squatters, A New Urban World, Robert Neuwirth suggested in 2004 that there were one billion squatters globally. He forecasts there will be two billion by 2030 and three billion by 2050.

A quick peek online gives you tips on how to squat, claiming it “is a great way to avoid paying rent, annex parts of your neighbors' yards, or even take a whole house from someone if you’re willing to take the risk.” Tips include:  “Squatting by yourself is not likely to work out well.” “You want to choose fellow squatters who have the same goals as you and who have compatible personalities.” “Set ground rules together.”

And according to the Federal Reserve Bank of St. Louis the country abounds with vacant housing units. Over 17 million by their count. But despite millions of vacant units, “The National Association of Realtors estimates that the country’s supply of for-sale and rental units combined is 3 million units short of current demand.”

The National Association of Homebuilders claims, “Housing’s combined contribution to GDP generally averages 15-18%.” Mark Calabria, director of financial regulations studies at the Cato Institute, says “the housing market historically leads society in and out of recessions.”

Homeownership and the State

Government belief in homeownership began with Herbert Hoover. Disturbed that the 1920 census reflected a decline in homeownership, “Hoover offered a vigorous, new approach to the housing problem through the application of federal, voluntary, and business cooperative activity,” Janet Hutchinson writes in “Building for Babbitt: The State and the Suburban Home Ideal.”

Government’s belief that more housing means more prosperity, has created millions of empty houses and billions of dollars of wasted capital. At the same time, human ingenuity stands ready to take advantage of these malinvestments.