It’s both ironic and fitting that the making of Tulip Fever was beset by ups and downs. 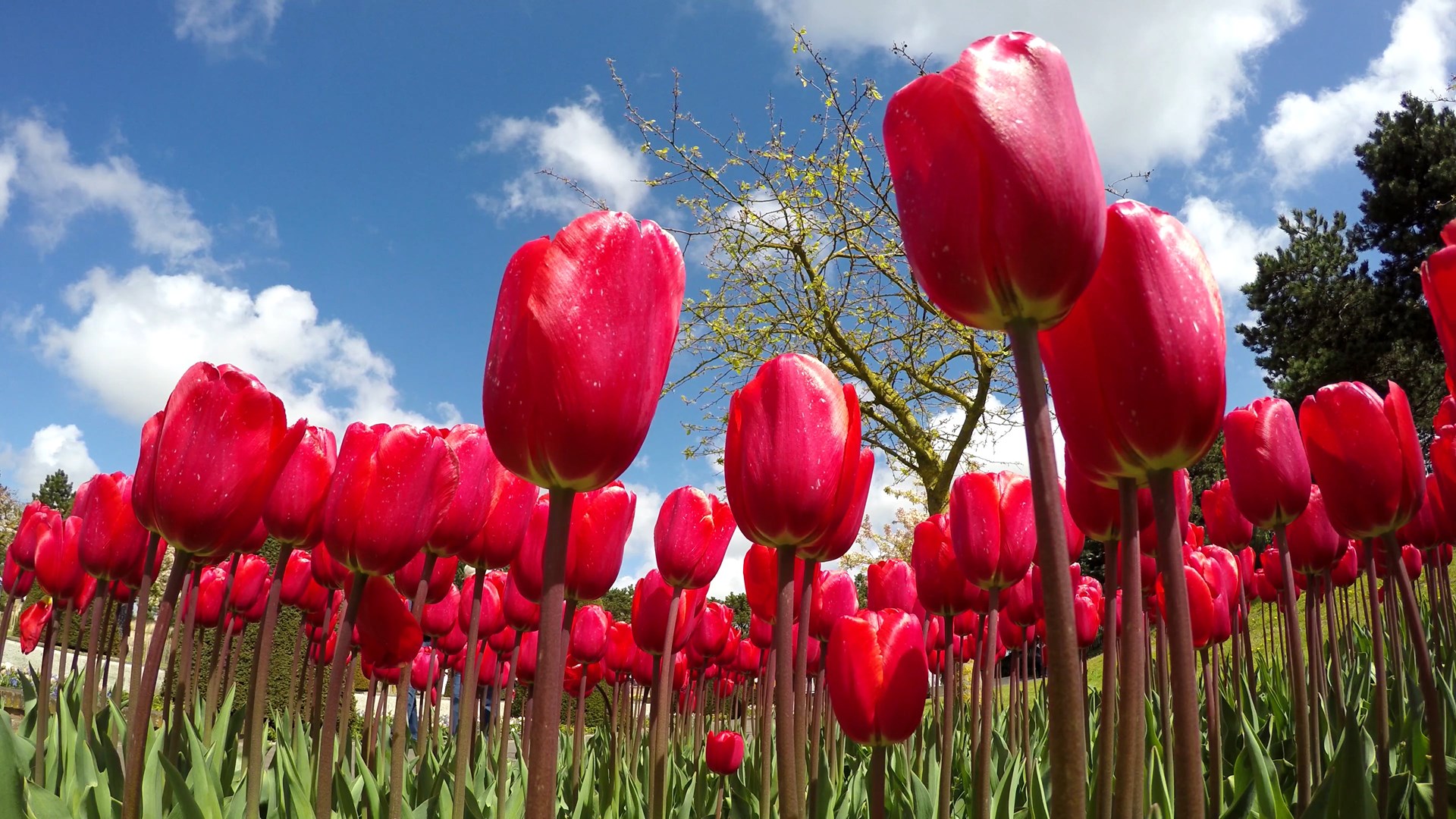 Amsterdam’s Tulip Fever has been a curiosity of economists for centuries. “Tulip Fever” the book was a bestseller in 1999. However, the average moviegoer was not curious about “Tulip Fever” the movie as it grossed short of $1.2 million over its opening (Labor Day) weekend, only good enough for the 24th place, against less than stiff cinematic competition like “The Nut Job 2: Nutty By Nature.”

It’s taken nearly two decades to get Moggach’s story to the screen.

The Road to Tulip Mania

In my 2008 review of the book, I pointed out “[Deborah] Moggach brings Tulip mania to life and continually surprises the reader with an imaginative plot. Imaginative enough that Steven Spielberg called the author before the book was even published in 1999 and said he wanted to film it.”

It’s taken nearly two decades to get Moggach’s story to the screen, with Spielberg partnering with Harvey Weinstein to bring it to fruition with plenty of bumps along the way. As Weinstein wrote in an op-ed prior to the film’s release, “Everything was going swimmingly, sets were being built, everyone was excited, and then BAM! The British government changed the tax law, and a movie that started with a $30 million budget doubled to $60 million and we had to close it down.”

Tulip Fever was finally in the can in 2014 and slated to open in November 2015, capitalizing on Alicia Vikander’s star power (she won an Oscar for The Danish Girl). Then it was moved to July 2016. Then February 2017, and finally to this past weekend.

Critics are savaging the film. However, for someone who knows a bit about Tulip mania and yearns for economic stories to be told on film - with three academy award winners no less (plus Zach Galifianakis) - this movie is spectacular.

Director Justin Chadwick accurately offers a bustling Amsterdam, where commerce, from fish to flesh to spices, is taking place every few steps. While there was no mention of the Bank of Amsterdam’s free coinage laws attracting bullion from around the world and driving deposits upward by 60 percent, I was enthralled. Having all of those historical elements included would be too much for any Austrian to hope for.

Eminent economic historian Charles P. Kindleberger, who wrote extensively on manias and bubbles, dismissed Tulip mania. In his book, Manias, Panics, and Crashes: A History of Financial Crises, he mentioned Tulip mania only briefly in a footnote:

Manias such as the Lubeck crises 100 years earlier, or the Tulip mania of 1634 are too isolated and lack the characteristic monetary features that come with the spread of banking after the opening of the eighteenth century.”

The number of bankruptcies in Amsterdam doubled in the wake of the Tulip bust.However, in researching the episode for my book Early Speculation Bubbles and Increases in the Supply of Money, I learned that the sound money policy of the Dutch combined with free coinage laws led to an acute increase in the supply of money. This fostered an atmosphere ripe for speculation and malinvestment, manifesting itself in the intense trading of Tulip bulbs.

The Austrian trade cycle theory states that an increase in the supply of money causes an economic “boom” followed subsequently by the correction of that malinvestment, or “bust,” which is characterized by less money or credit. I pointed out in Early Speculative Bubbles that like all busts, the number of bankruptcies in Amsterdam doubled from 1635 to 1637 in the wake of the Tulip bust.

The consequences of monetary interventions have always been, and will continue to be, booms and subsequent crashes. These bubbles are the ultimate manifestation of the monetary-induced booms explained by Ludwig von Mises and F.A. Hayek, whether what is traded are stocks, bonds, houses, or Tulip bulbs.

The trading in the taverns is portrayed in Tulip Fever as drunken and frantic, with all of Amsterdam’s classes bidding on the precious bulbs, from painters to prostitutes. Constant references are made to the bulbs “only increasing in price.” Only paper is traded in the taverns, while the bulbs are under the watchful eye of The Abbess of St. Ursula (Dame Judi Dench).

Tulip mania is just the backdrop to the story, which revolves around Sophia (Vikander) the orphan, who is married away to wealthy merchant Cornelis Sandvoort (Christoph Waltz). Then she falls hopelessly in love Jan Van Loos (Dane DeHaan), a starving artist hired to paint the couple’s portrait.

Sandvoort wants a son, and despite constant attempts, Sophia and Sandvoort’s “little soldiers” can’t conceive. However, Sophia’s maid, Maria (Holliday Grainger), is pregnant, and the ex-orphan concocts a scheme she believes will solve everyone’s problems. Most critics of the movie believe Sophia’s plan to be preposterous, even by movie standards. Rex Reed, one of the few who likes the film writes, “Under close analysis, none of this elaborate subterfuge makes much sense, but the film is so polished in its technical proficiency that I found the absence of logic forgivable.”

What the Critics Don't Understand

As in all bubbles, labor is malinvested, as is capital.

However, the critics have never lived in the midst of a financial bubble, where all things seem possible, all plans have potential, speculations will continue to soar indefinitely, and everyone will surely live happily ever after.

As in all bubbles, labor is malinvested, as is capital. The movie successfully portrays that malinvestment in human time and talent; Jan puts down his brush to speculate in the taverns, believing he can make enough to take Sophia away. Maria’s fish monger boyfriend, Willem Brok (Jack O’Connell), also gives up his business to bet on the bulbs.

Deborah Moggach writes in the Hollywood Reporter of the exhilarating highs and dramatic lows of having her book made for the screen. “Movie-making is beset with the most monumental obstacles. I’m always amazed that anything manages to get made at all….But, like childbirth, this pain will soon be forgotten, for the end result is worth the wait — it’s truly a glorious film and a tribute to one of the more bizarre episodes in human history.”

It’s both ironic and fitting that the making of Tulip Fever was beset by such ups and downs. As prices ascend in a bubble, life is glorious. But in the end, speculators are left disheartened and disillusioned. Sadly, for the backers of this film, too few people will buy tickets to “Tulip Fever” to learn this valuable lesson.

[Doug French is interviewed on this topic in Bloomberg]