Some Precaution on Pence’s Precautionary Principles

If Pence is so concerned with safeguarding the personal, perhaps he should reject the TSA as well. 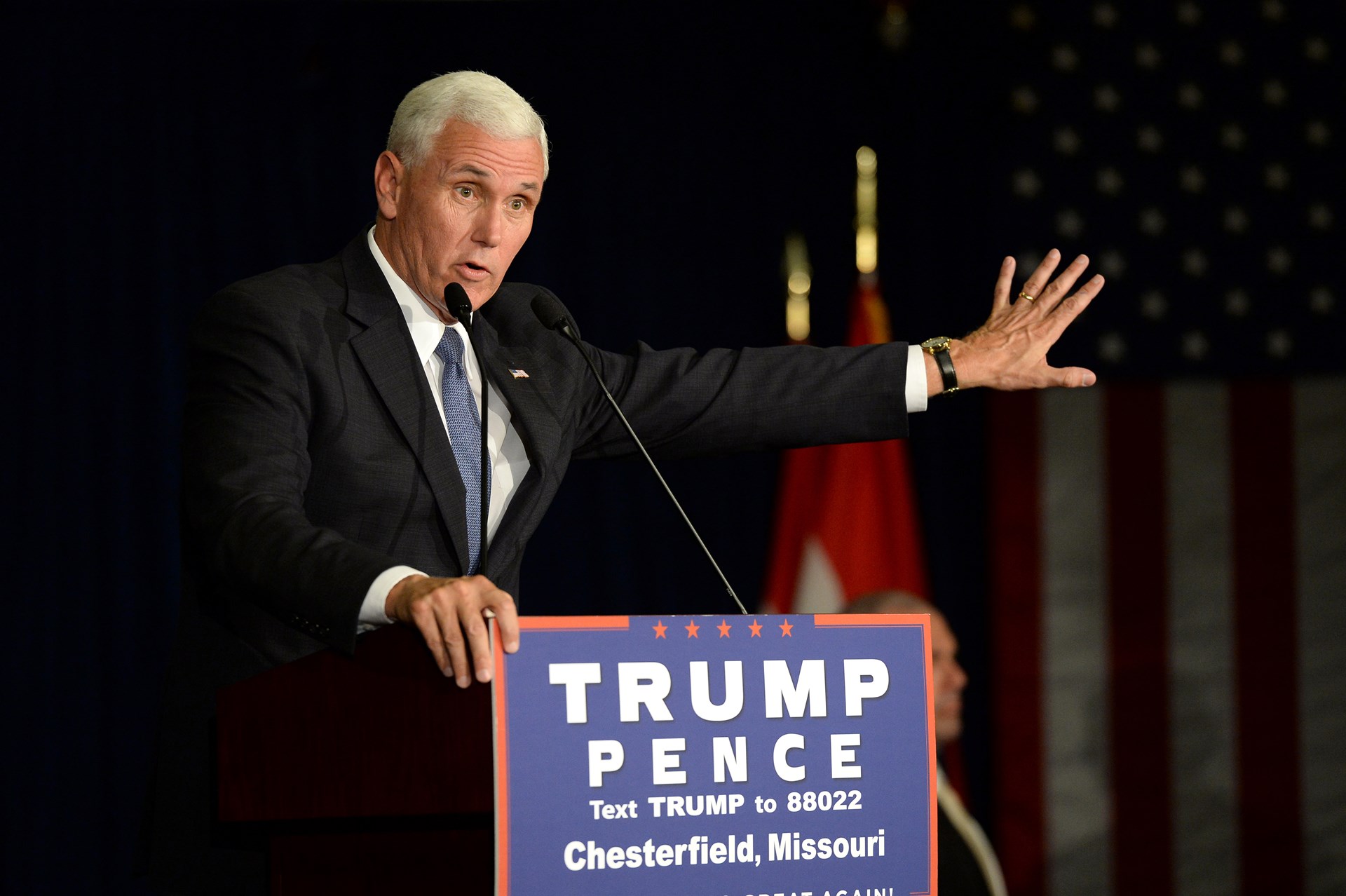 A recent profile of Karen Pence in the Washington Post reminded readers of a 2002 interview with her husband, Mike Pence, in which he mentioned that “he never eats alone with a woman other than his wife and that he won’t attend events featuring alcohol without her by his side, either.”

Reactions to Pence’s precautions have been varied. Some have praised him for protecting his marriage and his reputation. Given the sexual scandals that seem endemic to politics, some find it refreshing to see a politician draw such clear lines to protect himself from rumors and from temptation. Others have criticized Pence’s precautions as sexist and archaic.

For religious conservatives of nearly any denomination, such precautions are not unheard of. Even those of us who are more secular may choose to take similar precautions about our behavior. I know many male professors who will not meet with any student alone behind a closed door, for example. My job requires attending a lot of cocktail parties, and I try to make a point of not being the only woman at the party—and of staying at the party if my departure means someone else will be.

If Pence won’t allow himself to meet with female colleagues for a private dinner, then perhaps he should disallow interactions like that with male colleagues as well.

Whether such precautions are taken as a way of guarding one’s personal morality, as a way of trying to avoid even a rumor of scandal, or as a way of protecting oneself and others from potentially dangerous situations, it doesn’t seem to me that there is anything inherently wrong with guarding oneself in this way. I think it is important to respect an individual’s decisions about how to govern his or her own personal conduct.

There are, I think, reasons to be wary of the way that such precautions—however well-intentioned they are—can serve, not only as barriers against immorality or danger but also as barriers against access to power and to professional advancement. Particularly given Mike Pence’s position as Vice President and his former position as the Governor of Indiana, there may well be legitimate concerns among female reporters, lobbyists, and politicians that their gender keeps them from productive, collegial, relaxed, and friendly relationships with Pence and others who have these types of policies.

It’s a cliché, but a true one, to note that the real work of many professions gets done at the bar or on quick lunches or dinner grabbed with a colleague, outside the formal constraints of official meetings. When that cliché is true, and to the extent that it is true, precautions like Pence’s, that cut women out from that kind of social interaction, also cut them off from at least one route to success.

Sauce for the Goose

It is unreasonable to think a man’s career would be damaged for the same reason.

I wonder, then, whether Pence and others who guard themselves in this way would consider extending their prohibitions on such private meetings with opposite gender colleagues to colleagues of the same gender. In other words, if Mike Pence won’t allow himself to meet with female colleagues for a casual private dinner or drink, then perhaps he should consider disallowing interactions like that with male colleagues as well.

I think, at a minimum, that considering that possibility will tell us a lot. If your immediate reaction to that suggestion is to think that it would be unfairly restrictive to men to tell them not to go golfing alone with the Vice President, or join him for an impromptu cheeseburger, or take advantage of a quick trip on a private jet in order to get to know him better and pitch him a few ideas…then maybe that policy is even more unfair when it is applied only to women.

It’s hard to think of a way in which one’s modesty and privacy are violated more aggressively than during these invasive searches.

It is, at least, worth thinking about seriously.

As we consider Pence’s concerns about moral behavior and about the safeguarding of the personal and the private, it is worth asking if he might be enlisted by those who object to the TSA and to their increasingly intimate searches of people’s bodies.

It’s hard to think of a way in which one’s modesty and privacy, and those things which should be reserved for one’s spouse (as I suspect Pence might view it), are violated more aggressively than during these invasive searches.

With Pence’s protection of his own purity, privacy, and reputation at center stage in the press, now would be a fine time for someone to make the argument that the TSA consistently violates those same personal boundaries for the people he represents.