Hipness aside, container housing is a potential source of housing for lower-income households. 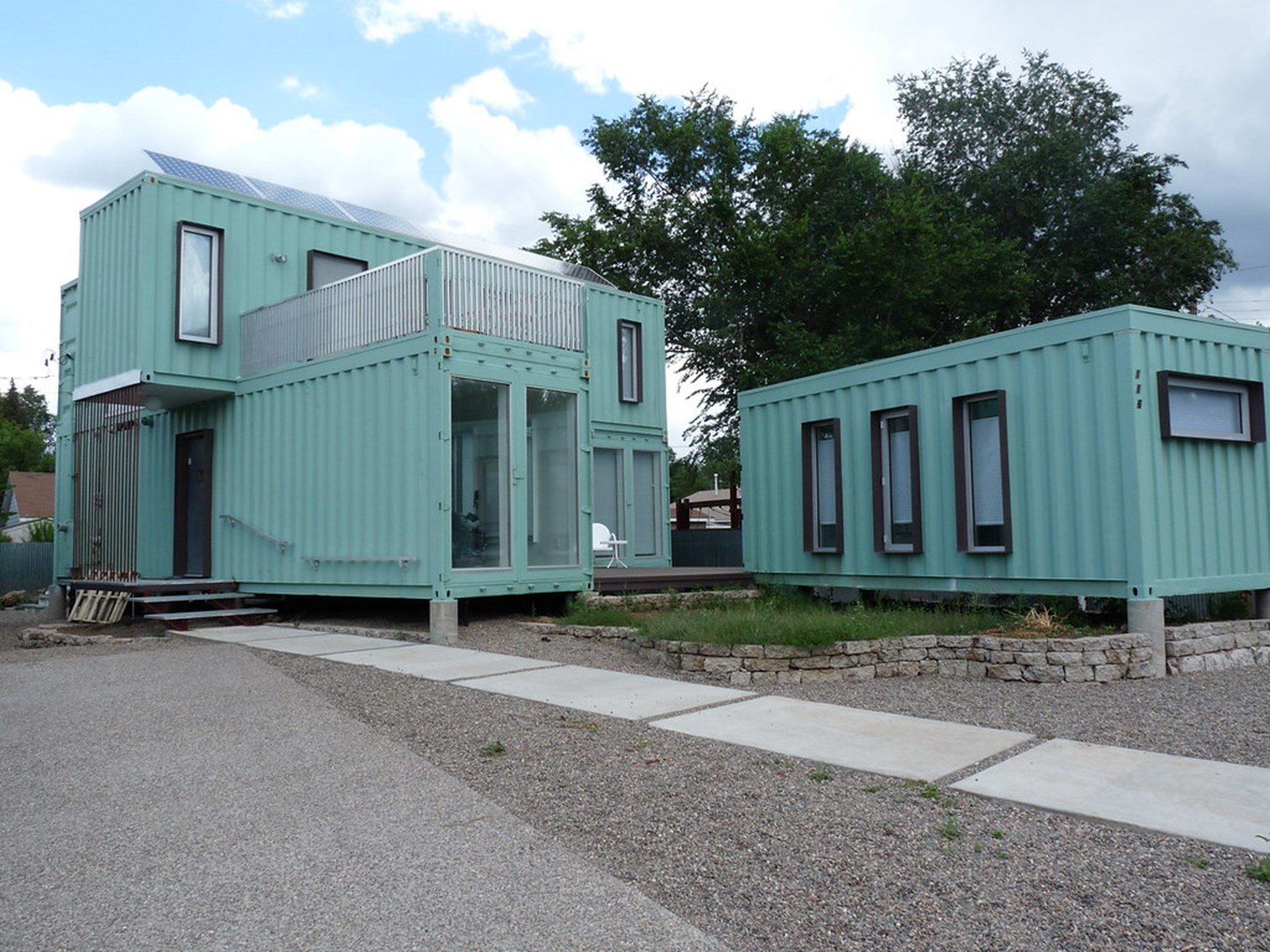 Sheila Gunst estimates that there are 33 million cargo containers around the world, half of which are empty. Many of the empties languish in United States because China ships $400 billion more in trade goods to the U.S. every year than the U.S. ships back. After making multiple trans-oceanic trips, used containers stack up in port cities like Norfolk by the thousands.

And therein lies a business opportunity. The shipping lines can recycle them as scrap metal… or sell them to someone like Sheila, an interior designer living in the Richmond area, who dreams about refashioning them into inexpensive dwellings

The idea of converting shipping containers into housing is hardly new—you just don’t see much of it in Virginia. Other than a six-container Shrimp Shack restaurant under construction in Chesterfield County…But container dwellings comprise a hip new housing type that is increasingly popular among Millennials around the world and is inspiring architects to do marvelously creative things with big steel boxes.

Hipness aside, container housing is a potential source of housing for lower-income households who have been priced out of the housing market in Virginia’s larger metros…Container houses around the country meet the structural requirements of city and county building codes. Indeed, the metal casing makes them structurally sturdier than stick-built or manufactured housing.

A picture of Sheila Gunst’s kitchen in a 320-square-foot shipping container can be seen at this link.

Housing could also be made substantially cheaper by reducing the minimum lot sizes mandated by the government, or by permitting more homes to be built on a single lot. But zoning restrictions prevent this in America’s most expensive regions, driving up housing costs. Zoning restrictions also make housing more expensive in much of the world.

Government restrictions on the density and height of housing have contributed to housing pricesHousing costs could also be reduced by thousands of dollars by simplifying building codes. rising an average of 24 percent in the world’s 32 largest cities over just the last five years (that’s 24 percent in real terms, after adjusting for inflation). Cutting back on zoning restrictions is an idea backed by economists and housing policy experts across the political spectrum.

Housing costs could also be reduced by thousands of dollars by simplifying building codes and by making them uniform across states. Right now, building codes often vary from county to county in complicated and unnecessary ways. That makes housing construction less competitive and less able to take advantage of economies of scale.

Loosening zoning and simplifying building codes would increase the supply of housing and make housing more affordable. But with rare exceptions, government officials aren’t doing that.

Instead, they are doing things that will make it even harder for many people to find a place to live. For example, Oregon recently imposed statewide rent control. That will discourage new housing construction and make things worse for future renters (and home purchasers) in the long run. Even left-leaning economists think rent control is stupid. Economists say rent controls are destructive. In a 1990 poll, 93 percent of them agreed that rent control “reduces the quantity and quality of housing available.”

Even left-leaning economists think rent control is stupid. For example, in 1972, the Swedish economist Assar Lindbeck warned, “In many cases rent control appears to be the most efficient technique presently known to destroy a city—except for bombing.”