Political Outrage Has Become Our Way of Life. There is a Cure

Drop your anger and learn to develop a genuine appreciation for those around you—or at least engage in honest commerce. 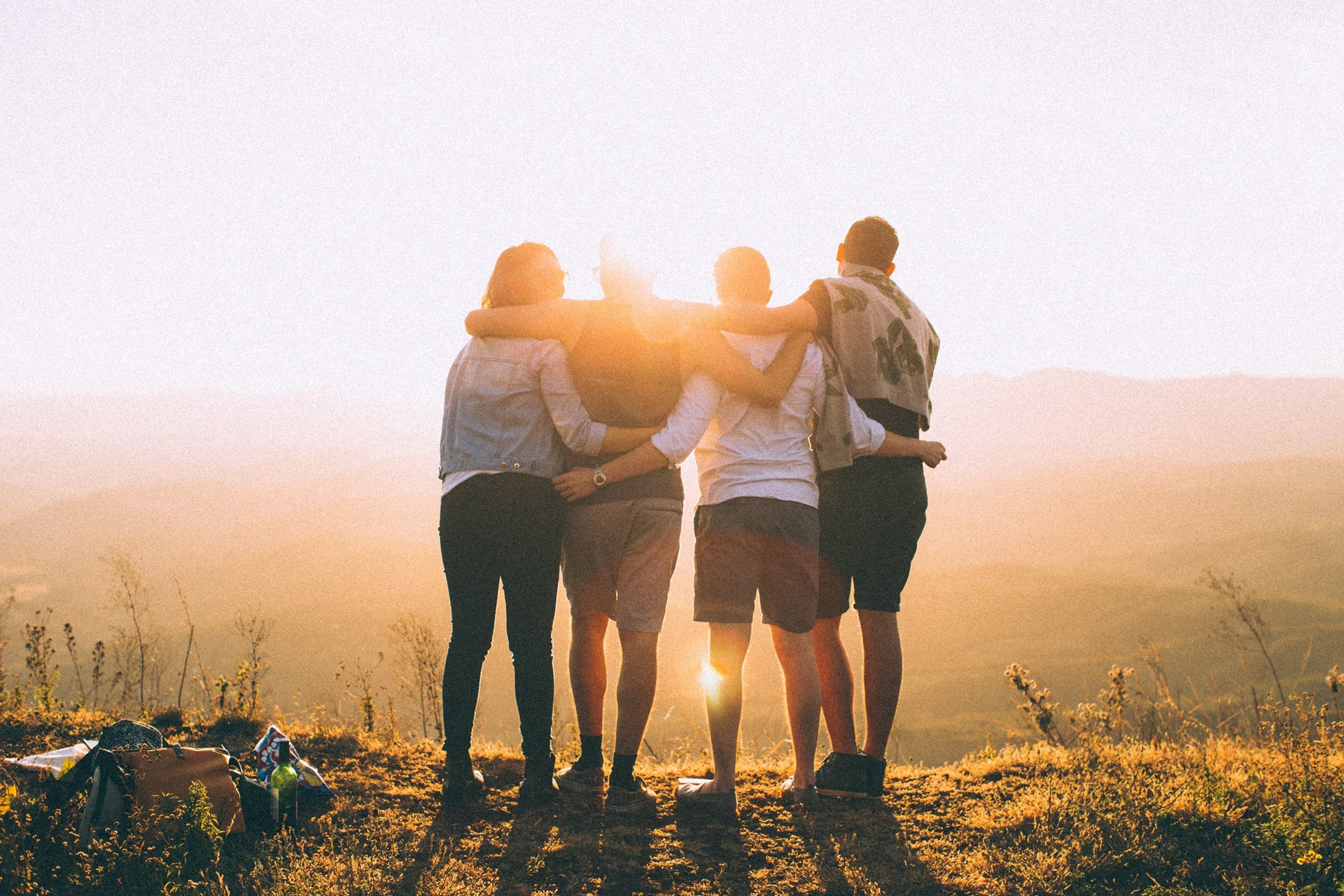 Photo by Helena Lopes on Unsplash

Writing in The Wall Street Journal, Lance Murrow, a senior fellow at the Ethics and Public Policy Center, observes that “Outrage has become the signature emotion of American public life.” Murrow writes:

On the left, “stay woke” means “stay outraged.” Trumpians want to “lock her up” or “build a wall.” Outrage is reductive, easy to understand. It is an idiom of childhood—a throwback even to the terrible twos.

The various tribes have broken off negotiations with all differing points of view. They excuse themselves from self-doubt and abandon the idea of anything so weak as compromise or, God forbid, ambivalence: No other perspective could possibly be valid.

Murrow wonders, has outrage become an “American entitlement, and a permanent state of mind?” He warns, “There is something sinister and corrupt—Maoist—in the habit of assigning people to categories. That was the besetting sin of the 20th century; it was the way of genocide.”

The More Anger You Express, the Angrier You Get

Murrow traces the habit of being outraged back to the 2000 Bush-Gore election. Perhaps so. In my book The Inner-Work of Leadership, I relate a newspaper story of a New York City subway rider whose passcard was not working:

The rider banged on the glass window to get the attendant to buzz her through. The attendant did not react fast enough for this commuter. When he finally buzzed her through, she gave him the finger and shouted, “You must have voted for Bush.”

The commuter was trying to dump her psychological trash on the side of the road, in this case, on the subway attendant. It is impossible to toss out your mental trash. The anger the subway rider expressed could only intensify the anger she experienced in her mind. She was psychologically punching herself in the face and then blaming Bush and the attendant for her bloody nose.

Psychologist Carol Tavris is one of the leading authorities on anger. In the book Mistakes Were Made (But Not by Me), co-written with psychologist Elliot Aronson, they explode the myth that “expressing anger or behaving aggressively gets rid of anger”:

Throw that doll [Tavris and Aronson are referring to the Dammit Doll], hit a punching bag, shout at your spouse; you’ll feel better afterward. Actually, decades of experimental research have found exactly the opposite: when people vent their feelings aggressively, they often feel worse, pump up their blood pressure, and make themselves even angrier.

In short, research found, “Catharsis was a total flop in terms of making people feel better.”

Murrow is rightfully alarmed by the constant expressions of outrage and anger. He wonders if a cure for this epidemic is possible. He offers no cure. Yet Tavris and Aronson are onto one. For some, the cure will be worse than the disease since it requires changing one’s own mind rather than the mind of someone else.

Many of us know that anger doesn’t serve us well, yet we get angry. Reading this essay over breakfast, you may agree with the ideas expressed. Yet 20 minutes later, you may react with hostility to other drivers on the road. You will now experience cognitive dissonance.

Cognitive dissonance, Tavris and Aronson explain, “is a state of tension that occurs whenever a person holds two cognitions (ideas, attitudes, beliefs, opinions) that are psychologically inconsistent.” For example, we may know that being loving is good for our relationship, yet we get angry. Dropping our anger is an option. Or, we might seek to resolve the dissonance by believing that something or someone made us angry.

How often do we choose the more comfortable path of self-justification? We grab hold of thoughts that explain away our bad behavior; others are to blame. Trump is to blame! Social justice warriors are to blame! If not for them, I would not be angry. If I’m not outraged, how will anything ever change? Tavris and Aronson observe:

Self-justification is more powerful and more dangerous than the explicit lie. It allows people to convince themselves that what they did was the best thing they could have done. In fact, come to think of it, it was the right thing. “There was nothing else I could have done.” “Actually, it was a brilliant solution to the problem.” “I was doing the best for the nation.” “Those bastards deserved what they got.” “I’m entitled.”

Fyodor Dostoevsky in his novel The Brothers Karamazov tells of the character Fyodor Pavlovitch, who desires to “revenge himself on everyone for his own unseemliness.” Pavlovitch remembers being asked, “Why do you hate so and so, so much?” Pavlovitch had responded, “I'll tell you. He has done me no harm. But I played him a dirty trick, and ever since I have hated him.”

In our own lives, when we behave poorly, dissonance arises. We need to feel innocent and virtuous. To resolve our dissonance, we become outraged at the faults of those we have harmed. A destructive cycle can ensue. Tavris and Aronson explain, “Aggression begets self-justification, which begets more aggression.”

The more the self-justification, the less likely we are to realize we are traveling down the path of personal destruction.

Tavris and Aronson ask, “How do you get an honest man to lose his ethical compass?” Simple: “You get him to take one step at a time, and self-justification will do the rest.” The more we dehumanize others, the more outrage we express, the greater our need to express even more outrage. The more the self-justification, the less likely we are to realize we are traveling down the path of personal destruction while harming others.

Rather than curing societal ills, the perpetual state of outage that Murrow describes leads to a need for self-justification. As Tavris and Aronson explain, the research is clear: self-justification “exacerbates prejudice and corruption, distorts memory, turns professional confidence into arrogance, creates and perpetuates injustice, warps love, and generates feuds and rifts.”

Good Deeds Through Commerce is an Antidote to Outrage

Going through life with our mind filled with thoughts of self-justification is like speeding down the highway with the car’s check engine light on. It is as if we believe the light is warning about someone else’s car. When the light is on because your car is low on oil, it is your car’s engine that will blow.

We all understand the warning signals built into our cars—they point one way towards our own car. In the same way, a perpetual state of outrage points one way. Despite any real ills in the world, we are misusing our minds. Are we willing to stop relying on self-justification to resolve our dissonance? Tavris and Aronson write:

A richer understanding of how and why our minds work as they do is the first step toward breaking the self-justification habit. And that, in turn, requires us to be more mindful of our behavior and the reasons for our choices. It takes time, self-reflection, and willingness.

When we are willing to change our mindset, Tavris and Aronson have good news: “Fortunately, dissonance theory also shows us how a person’s generous actions can create a spiral of benevolence and compassion, a ‘virtuous circle’”:

When people do a good deed, particularly when they do it on a whim or by chance, they will come to see the beneficiary of their generosity in a warmer light. Their cognition that they went out of their way to do a favor for this person is dissonant with any negative feelings they might have had about him. In effect, after doing the favor, they ask themselves: “Why would I do something nice for a jerk? Therefore, he’s not as big a jerk as I thought he was—as a matter of fact, he is a pretty decent guy who deserves a break.”

Love your partner, your children, your friends, your colleagues, your neighbors, even when you are sure they are not deserving. Be mindful when dissonance sends you a check engine light in the form of uncomfortable feelings. Those feelings warn that you are about to blame others, justifying misconduct on your part. The need for self-justification means that, however dim, the memory of the right thing to do has never left your mind.

If you can’t love, then at least engage in honest commerce, not politics. The virtuous circle of commerce is real: two parties come together and mutually benefit each other. It takes willful blindness to not realize that the “the Miracle of modern life means we have all received far more than we will ever repay."