A child with only about twenty dollars in her piggy bank, is richer than 2 billion people by Oxfam’s logic. 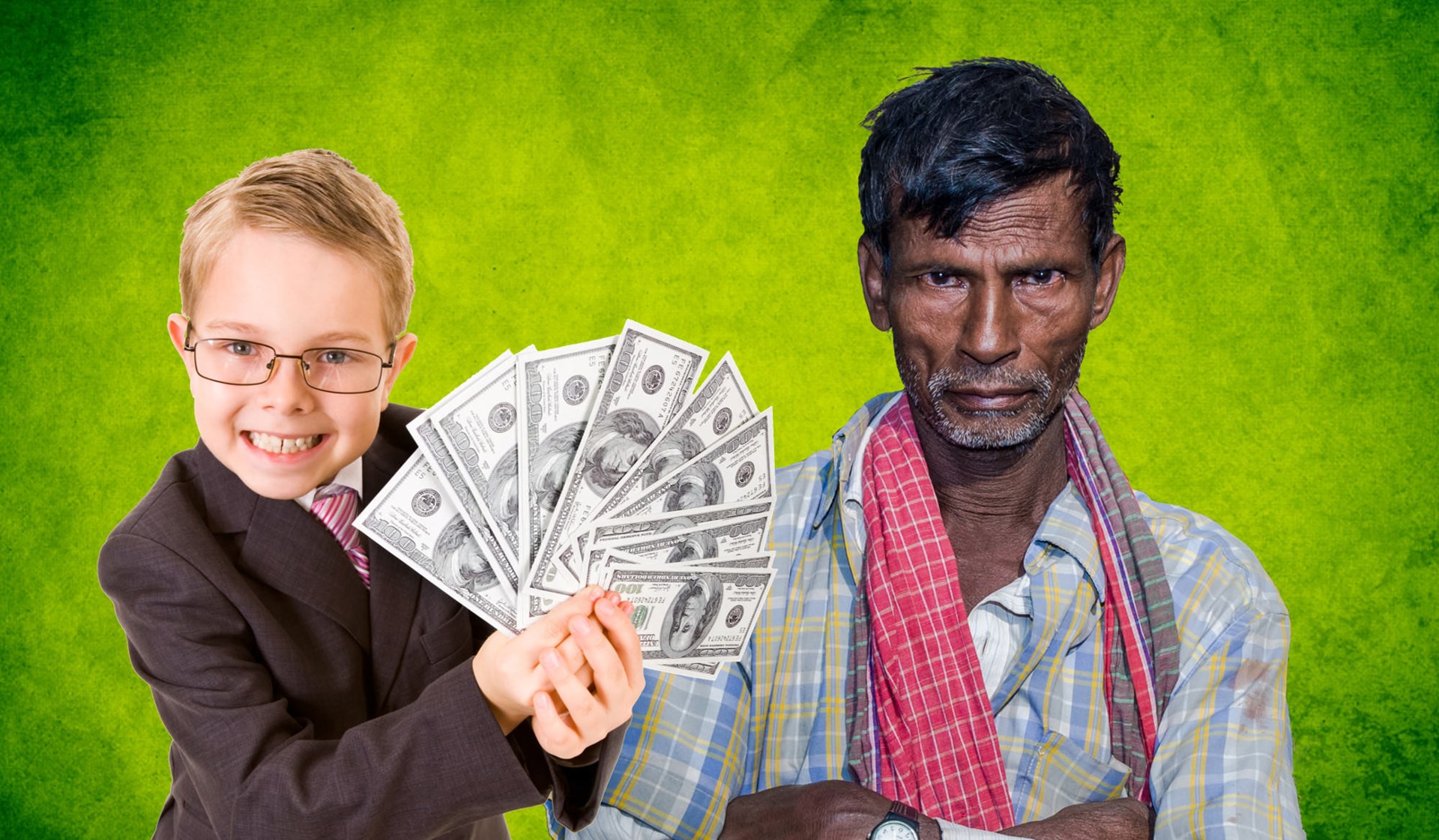 Every year, Oxfam releases a report meant to shock the public about the extent of income and wealth inequality. This year’s report claims that the eight richest people on Earth have as much wealth as the bottom half of the world’s population (3.6 out of 7.2 billion people). That’s certainly shocking. It’s also profoundly misleading.

As others have pointed out, Oxfam reached that number with a questionable methodology, which also led them to several other absurd conclusions. According to their own graphs, more poor people live in North America and Europe than China (see the far left of the chart below). How can that be, given that traditional poverty measures show the opposite? 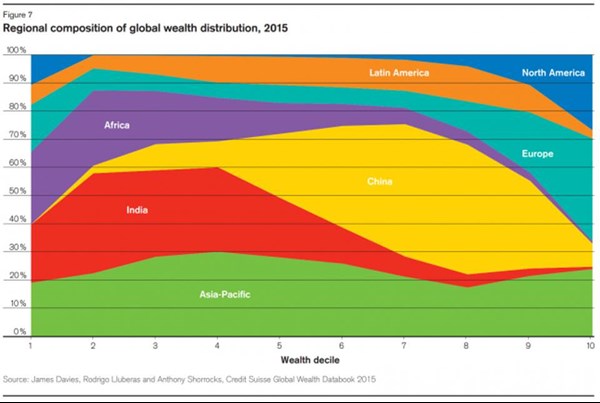 Oxfam isn’t using a traditional poverty measure (such as the number of people with a purchasing-power-adjusted income of less than, say, $2 per day). Instead, they focus on something called “net wealth.” This is the sum of an individual’s wealth minus any debts.

Of course, many people in rich countries carry debt due to university loans or a home mortgage, yet also enjoy high incomes and an enviable standard of living.

A child with only about twenty dollars in her piggy bank, is richer than 2 billion people by Oxfam’s logic.

Here are some illustrations of just how absurd it is to use net wealth as a measure of poverty.

Consider this. Oxfam claims a penniless, starving man in rural Asia or Sub-Saharan Africa is far richer than an American university graduate with student debt but a high-paying office job, a $2,000 laptop and a penchant for drinking $8 designer coffees.

Let that sink in.

(I must credit Cato’s Adam Bates for that example).

Here is another example, courtesy of Johan Norberg. He points out that his daughter, a child with only about twenty dollars in her piggy bank, is richer than 2 billion people by Oxfam’s logic. If that were true, then the solution would surely not be to take away the humble savings of his daughter and redistribute them among those 2 billion souls, but rather to generate more total wealth, “enlarging the pie” so to speak.

That’s the core problem with obsessing over “inequality.” If the goal is to further human wellbeing, then instead of decreasing inequality through redistribution, we should focus on decreasing poverty by creating ever more wealth. Happily, thanks to the wealth-creating power of market exchange, we’re doing just that. The trend lines all show that poverty (by any reasonable measure) is in retreat.