The Marxist anthropologist's findings were credible precisely because his findings clashed with his ideology and loyalties, but others didn't see it that way. 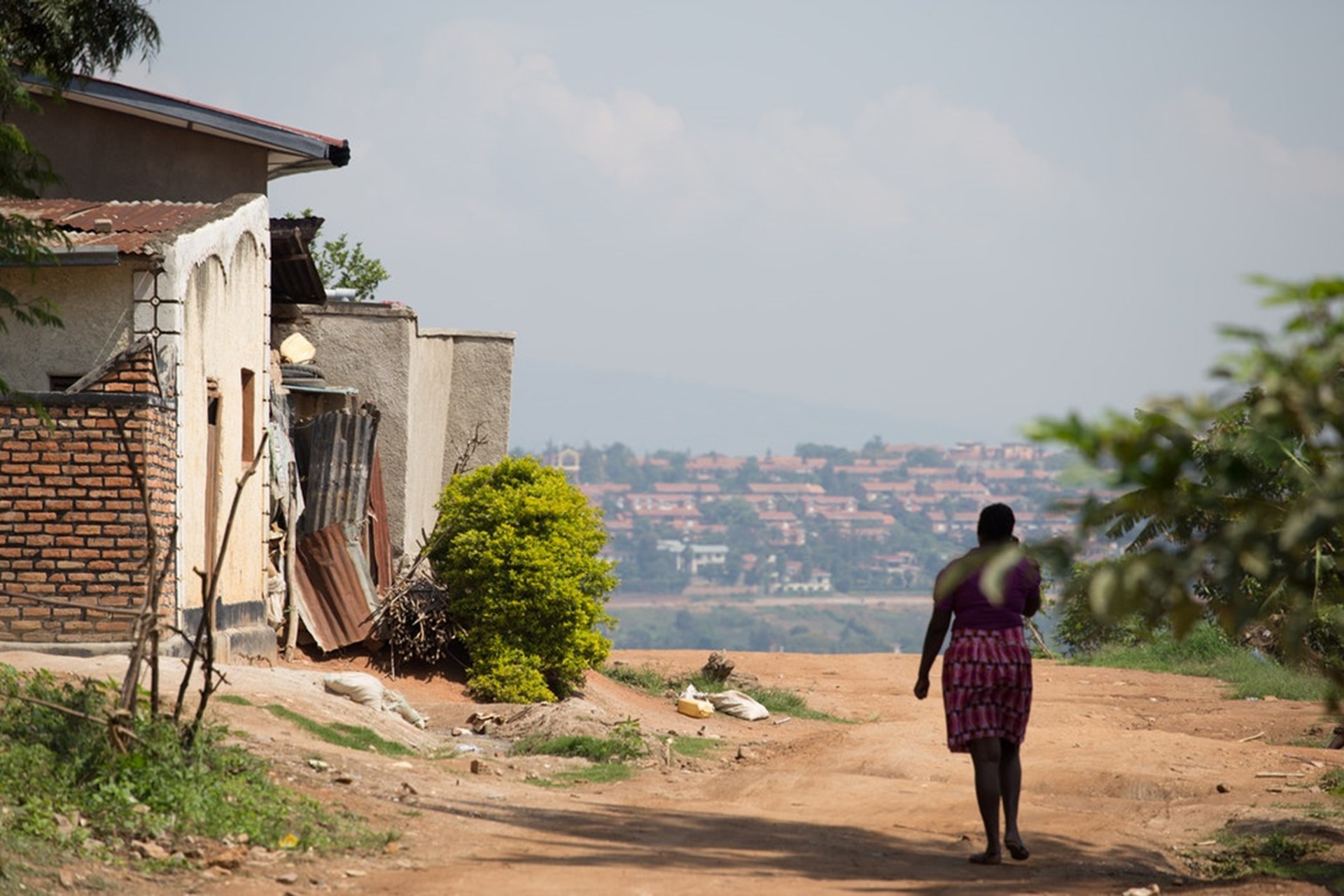 In the 50s and 60s, Oscar Lewis could easily have been the world’s most famous anthropologist. He wrote a whole series of painstaking ethnographies of poor families from Mexico, Puerto Rico, and India. My 12th-grade AP Government class actually made his Five Families: Mexican Case Studies in the Culture of Poverty required reading. Only recently, though, have I realized that these books aren’t just fascinating in their own right; they’re also illuminating at the meta level.

2. A few non-leftists notice that, despite his Marxist interpretation of his own findings (capitalism has to be the root cause, right?), Lewis basically confirms their “reactionary” view that poverty is largely caused by irresponsible behavior of the poor themselves. After all, impulsive sex, poor work habits, substance abuse, violence, and cruelty to children are very bad ways to make extra money or stretch tight family budgets. Any sensible low-income person would avoid them like the plague.

3. Leftists hear what these “reactionaries” are saying—and lash out at Lewis for “blaming the victim.”

4. Other leftists push back, insisting that Lewis was a Marxist in good standing, full of sympathy for the poor, and therefore definitely not guilty of “blaming the victim.”

Before you dismiss this as a caricature, read Harvey and Reed’s “The Culture of Poverty: An Ideological Analysis” (Sociological Perspectives, 1996), which provides a well-written window into the whole Lewis affair. Here’s Harvey and Reed’s account (in blockquotes), with running commentary from me.

Lewis first introduced the idea of a subculture of poverty in July 1958, in San Jose, Costa Rica, at the International Congress of Americanists (Rigdon 1988:69). In the next decade his family studies and the subculture of poverty concept made him a public figure and gave him access to political personalities of the highest rank. Lewis’s celebrity brought him the kind of media attention few academics ever know. It is no secret his sudden renown exacerbated the already difficult relationships the abrasive Lewis had with many in his profession. These professional and personal jealousies must, however, remain a wild card in our account, for while they undoubtedly played a role in shaping scholarly criticism, it is difficult to assess the extent to which they actually influenced evaluations of his work. We do know, however, that these antagonisms, whatever their source, were kept relatively in check until the late 1960s. By then Lewis was approaching the zenith of his career.

On American campuses, these strains manifested themselves in the opening of a generation gap between New Deal Liberals and Old Left scholars, and the cadre of young faculty, graduate students, and gifted community organizers that made up the “New Left.” The latter saw their elders as getting cold feet as the government began to increase its activities against radicals on campus, while the former were increasingly dismayed by the ideological rigidity and growing intolerance of its progeny. It was at this juncture that an “ultra-bolshevism,” incipient among sectarian radicals for more than a decade, began to sweep the New Left.[3] Sensing the tide was beginning to shift, and helpless to do much about it, many Leftists began to engage in a fruitless game of radical one-up-manship.

Having situated his broadside both culturally and politically, Valentine then turns to the work of Oscar Lewis. Beginning his analysis of the subculture of poverty thesis with a series of technical criticisms of Lewis’s work, he quickly moves to his main point: Lewis, if not by design, then by inadvertence, has framed a model of poverty’s subculture whose very “negativity” lends itself to a “blaming the victim” interpretation of poverty. Valentine claims such a stance must eventually result in a call for the abolition of those deviant subcultures that are the alleged cause of poverty. As such, Lewis’s work belongs to that “pejorative tradition” of black family studies stretching from Frazier’s The Negro Family in the United States (1966[1939]) to Moynihan’s The Negro Family: The Case for National Action (1965). It is less dedicated to eliminating poverty than to eradicating a deviant subculture that offends bourgeois sensibilities.

A typical passage from Valentine:

Ultimately, [Lewis] is saying that the alleged culture patterns of the lower class are more important in their lives than the condition of being poor and, consistently, that it is more important for the power holders of society to abolish these lifeways than to do away with poverty—even if eradicating poverty can be done more quickly and easily.

What can be the basis for this set of judgments and valuations? It is difficult to imagine what this might be, except a profound implicit conviction that the life- ways of the poor are inherently deserving of destruction. If it is relatively easy to do away with poverty itself, then why not do so and then let the ex-poor live as they please? Or if we believe there is a “culture of poverty” which is not good for those who live by it, then why not first tackle the more tractable problem of relieving their material deprivation and then go on to build upon their more comfortable circumstances in order to save them from those more difficult and deep-seated culture patterns? No, it is the “culture” that must go first before the poor can be given what everybody else already possesses and many of us take for granted. In short, the poor must become “middle class,” perhaps through “psychiatric treatment,” and then we shall see what can be done about their poverty.

Harvey and Reed remark, “What Valentine’s work said was not half as important as what it was—a set piece in a developing internecine struggle between two progressive factions, both of which were in crisis.” But Harvey and Reed are firmly in the pro-Lewis faction:

There are of course those on the left who see another Oscar Lewis. Personality and polemics aside, Lewis’s subculture of poverty thesis is seen in these quarters as an impassioned critique of capital’s destructive dialectic as it is lived out by the poor.

Indeed, it was not Mexico, but capitalism (“… a cash economy, wage labor, and production for profit”) that was the focus of Lewis’s concerns. Capitalism uses machines to revolutionize labor’s productivity as no other historical mode of production has. In transforming labor, however, a profound contradiction unfolds from within its mode of production. As capitalism produces ever greater quantities of material wealth, it also creates, of necessity, an industrial reserve army of the chronically unemployed and subemployed whose lives are continually haunted by poverty.

Note: Harvey and Reed clearly agree with the view they ascribe to Lewis. And frankly, it’s absurdly dogmatic. The irresponsible behavior that Lewis describes has existed in every known society, so how can you possibly blame it on “capitalism”? Far fewer lives are “continually haunted by poverty” in capitalist societies than in pre-capitalist or socialist societies, so again, how can this possibly be capitalism’s fault? Even if you believe capitalism is designed to keep workers obediently working for peanuts, where is the profit in fostering a subculture of impulsive sex, poor work habits, substance abuse, violence, and cruelty to children? From the viewpoint of the executive committee of the bourgeoisie, the ideal world is one where everyone—including the poor—internalizes the traditional work ethic and traditional family values, so disciplined worker bees can focus on doing their work and raising the next generation of disciplined worker bees:

For Lewis, the mechanics of capitalist production for profit, not the folkways of its victims, caused poverty. It was among the economically marginal and superfluous populations that Lewis lived and worked. When he wrote, he knew full well that his subculture of poverty thesis was placing the capitalist mode of production, not the poor, in the docket. If Lewis drew his examples of a culture of poverty from Third-World countries, the cited passage above makes it clear that for him the crux of the problem lay not with the poor and their subculture, but with the capitalist mode of production.

In other words, these defenders of Oscar Lewis are saying (probably accurately) that his anti-capitalist interpretation was a foregone conclusion. Even when his empirics match the dourest social conservative’s picture of the poor, Lewis never would have allowed his findings to make him question his worldview. And apparently, in Harvey and Reed’s intellectual world, this is praise!

Am I reading too much into this? Keep going:

Though not as active as some in his generation, Lewis embraced Marxism in his youth, and retained a lifetime commitment to that world view. He was introduced to Marxism in his early teens by a friend who was a communist organizer. As he matured intellectually during the Great Depression, he was integrated into the radical culture of the 1930s intelligentsia and assimilated from it a commitment to the arts, intellectual excellence, and a passion for socialism. There is nothing in his biography to suggest Lewis ever abandoned these commitments or lost for long his faith in the proletarian cause. Even when he was humiliated during his study of the Cuban Revolution by party apparatchicks and forced to leave the country, he refused to express open disillusionment with Castro or with the principles of the Cuban revolution — although he had by then begun to reassess the length of time it would take for a revolution to rectify the evils of the past.

Again, this is Harvey and Reed praising Lewis for his devotion to not only the ideas of Marxism but also the practice of Marxist-Leninist regimes. The Soviet Union had been dead for five years, but righteousness is still on the side of the Soviet bloc’s life-long loyalists.

Lewis’s Marxism permeated both his ethnographic work and his subculture of poverty thesis. You will not find it, though, in a glib spouting of dialectics, or in a fatuous waving of rhetorical red banners. There seems to have been nothing in Lewis’s personality that would have predisposed him to such histrionics. Instead, Lewis’s Marxism, like that of so many of his generation, could be seen in his working class sympathies, in his support for unionism, and in his championing of the causes of the downtrodden.

By normal standards, of course, this grossly undermines any favorable thing Lewis has to say about the poor. If you’re a Marxist who idolizes the working class, unions, and “the downtrodden,” we should expect you to “find” that the poor are blameless victims of a wicked society.

Lewis’ research is credible precisely because his findings clash with his ideology and loyalties. And that’s why his left-wing critics are strategically wise to condemn him. When non-leftists say that irresponsible behavior is a major cause of poverty, you can plausibly object, “Sure, that’s what reactionaries like you find.” But when a life-long Marxist says the same, logic tells you to change your mind. Or kill the messenger.