One Does Not Simply Eliminate Global Supply Chains

Is China — a much poorer and less advanced economy — really the best model for America?

Peter Navarro, the head of President Trump’s new National Trade Council, gave a puzzling interview to the Financial Times. First, according to the FT, economist Navarro claimed Germany is using a “grossly undervalued” euro to “exploit” the United States. Yes, the euro has weakened against the dollar over the past two years. And maybe it is undervalued vs. economic fundamentals. But one factor driving that weakening has been the divergent policies of the Fed and the ECB.

The FT:  “The European Central Bank’s mass bond-buying programme has weakened the single currency, while rate hikes by the US Fed have strengthened the dollar.” What’s more, inflation-phobic Germany has been critical of the ECB strategy with German politicians, much like Republicans in the US calling for higher interest rates.

But if those remarks were somewhat bewildering, this from Navarro may raise alarm:

Mr. Navarro said one of the administration’s trade priorities was unwinding and repatriating the international supply chains on which many US multinational companies rely, taking aim at one of the pillars of the modern global economy.  “It does the American economy no long-term good to only keep the big box factories where we are now assembling ‘American’ products that are composed primarily of foreign components,” he said. “We need to manufacture those components in a robust domestic supply chain that will spur job and wage growth.”

It’s that “unwinding and repatriating” bit that’s confounding. It sounds like Navarro views the idea of globe-spanning supply chains as problematic. You know, supply chains like this one: 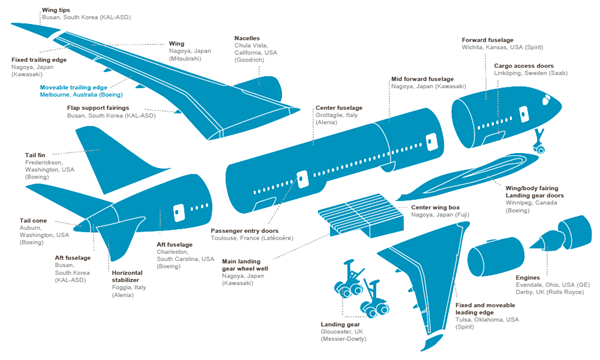 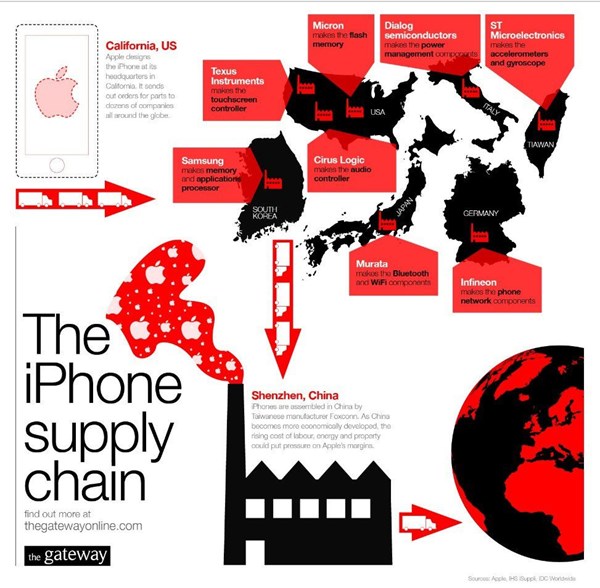 Critics have argued that U.S. multinationals are “abandoning” the home country and moving technology and jobs offshore through foreign operations and participation in global supply chains. Actually, the reverse is true: through increased firm-level competiveness enhanced by the key U.S. role in global supply chains, U.S productivity and living standards are higher today than they would have been otherwise.

So does Navarro want companies to make all the various bits within the United States? Or is he merely saying that the US should manufacture and export more finished goods like cars, airplanes, and industrial equipment? As trade expert Brad Setser noted on Twitter:”If this was reframed as increasing the contribution of U.S. made goods to global supply chains it would make more sense.” But if he is making the former point, adds trade economist Douglas Irwin, also on Twitter, then it looks like “China is the model, not Germany.” And is China — a much poorer and less advanced economy — really the best model for America?

In light of Navarro’s remarks, Trump’s trade positions, and some of Trump’s econ hires, this seems quite understandable:

Concern about protectionism from President Donald Trump is clouding the outlook on Wall Street, with respondents to the January CNBC Fed Survey saying trade policies could overshadow the effects of the administration’s pro-growth plans. Protectionism is seen as the No. 1 threat to U.S. expansion by 51 percent of respondents, almost double the percentage from the December survey and the first time in the survey’s history that any single concern has been expressed by a majority. It eclipses the 44 percent who were worried about global economic weakness early in 2016 — concerns that sent markets into a nosedive.