In the factory-model of education each child is being asked to live someone else’s version of their life. Fortunately there is a better, albeit, more difficult way.

The Little Prince, which Netflix released this month, is a charming story about retaining our child-like curiosity throughout our lives. The film recounts two different stories; one follows the story of Antoine de Saint-Exupéry’s 1943 novella of the same title. In it the Narrator, known as The Aviator, crashes in the Sahara desert, and meets a little boy who asks him to draw a sheep. Through 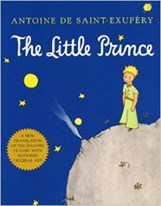 out the course of the book the little boy reveals that he is a prince from a “planet” that is no bigger than the size of a house, and that he has come to Earth while exploring the universe. The Little Prince teaches The Aviator, among other things, that what is essential can only be seen with the heart.

The primary story of the film is about a little girl and her mother who are trying to get the little girl enrolled in the elite Werth Academy. (In the tradition of the book each character is known by a title instead of a name.) When The Little Girl fails the interview they both move into the neighborhood closest to the school so that she can have another chance at attending Werth Academy. In order to prepare The Little Girl for her new school environment The Mother creates “The Life Plan” and maps out the entirety of the rest of the year for her daughter.

Next door lives an eccentric old man who was a pilot and who makes efforts to befriend The Little Girl (after having accidentally sent a propeller flying into their kitchen.) The Little Girl starts spending time with The Aviator and he tells her about everything he learned from 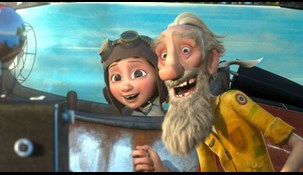 The Little Prince when he was stranded in the desert. When The Aviator says that he’ll have to “go away” soon, because everyone has to “go away,” The Little girl gets upset and refuses to visit him again. While she is giving him the silent treatment, The Aviator ends up in the hospital and to make it up to him The Little Girl makes up her mind that she is going to find The Little Prince and bring him back to earth to have one last conversation with The Aviator.

She embarks on a journey into a world of her own making to find The Little Prince and bring him back to earth. On this journey her biggest challenges are brought to life, most especially terrifying is “The Schoolmaster.”

The Factory Model of Education 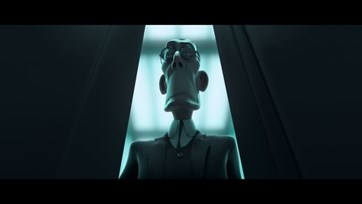 The Schoolmaster’s job in The Little Girl’s fantasy world is to take children and make them adults, thereby turning them from “inessential” to “essential.” When The Little Girl meets The Schoolmaster she is brought into a room with a single desk. The desk has shackles to make sure that anyone sitting in it doesn’t move. Once she’s chained firmly in place it’s revealed that the desk is part of a large machine meant to turn children into “grown ups,” who are essentially mindless corporate zombies shuffling from one place to another.

What a terrifying yet accurate description of the modern education system; a child moved, involuntarily through a machine that teaches her how to become the type of adult she doesn’t want to become. 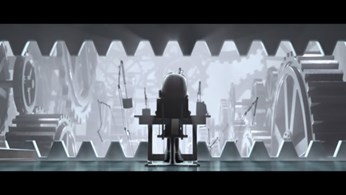 Author and political activist Connor Boyack understands the nature of the modern education system, officially known as the “factory model of education.” In his newest book Passion-Driven Education he describes how schools adopted a factory mindset bent on producing a product instead of offering a service. “Children are not commodities, yet the modern education system is designed to treat them as such.” Boyack says. He continues:

It’s unsurprising, really. Think of it: if you were suddenly put in charge of educating millions of children, how would you do it? How could you? Like a factory manager, you would be focused on efficiency and an elimination of as many variables as possible. In other words, production increases as differences decrease. A shirt factory can’t produce very many shirts if each one is a different size and design. But when the machine is built to produce the same design and size, it can churn them out very quickly. That is what is being done to children in the modern education system.

Just as factories are not designed to produce variety, the modern education system is not designed to produce independent thinkers. Children newly enrolled in a government school, for example, take an initial step onto a conveyor belt. All children produce the same work and take the same tests. They are conditioned to learn and repeat the same information. If they act as expected, they are rewarded, given approval, and allowed to continue along the conveyor belt. Those who resist are reprimanded and branded as inadequate. From there, they continue to be poked, prodded, twisted, molded, packaged, and served up as a final result—a ‘graduate’ with ‘degree’ testifying to the fact that they stayed on the conveyor belt from beginning to end.

This process is destructive to the natural curiosity of children, and at the same time destructive to their sense of self-determination. How would you feel if someone was trying to make you into something you didn’t want to become? The Little Girl became frustrated and began sneaking out to spend time with The Aviator. One day as they take The Aviator’s nearly broken down car to get pancakes he gets pulled over and The Little Girl’s clandestine freedom comes to an end and she is confronted by her mother:

The Mother: “You’ve been lying to me, you lied to the police officer, [. . .] you even managed to lie to your life plan!”
The Little Girl: “That? That is just a wooden box full of madness! Sometimes I think you care about it more than me!”
The Mother: “You’re wrong! I care about it as much as I care about you! It is you! This is your life! And I’m the only one taking any responsibility for it!”
The Little Girl: “That’s your version of my life, not mine! If you were ever around you’d see that!”

In the factory-model of education each child is being asked to live someone else’s version of their life. Fortunately there is a better, albeit, more difficult way.

What The Little Girl craves is freedom. People thrive when they feel in control of their lives and this is no exception when it comes to children. When children are free to pursue their passions there is no need to push them to learn. With parental guidance children can incorporate all kinds of disciplines into their passion. Boyack, in his book even lists numerous examples of how this can be done with any passion including horses, Legos, Minecraft, dance, and many more. 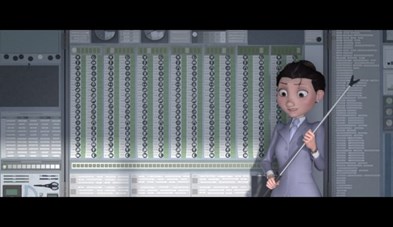 When The Little Girl followed her mom’s strictly regimented schedule, she was bored, and learned information outside of any useful context. When she spent her time with The Aviator she learned about astronomy, geography, storytelling, aviation, mechanics, painting, sewing, and other arts and crafts, all within a context that inspired her imagination.

It can seem scary to let a child’s interests guide their path, but isn’t it scarier to risk a child’s curiosity by putting them in a machine that rewards obedience, rather than discovery? Boyack hits a homerun when he says:

“Children are naturally curious and stricken with a sense of awe about the world in which they live. They have personality traits, talents, interests, and inclinations that drive them down a path that is uniquely their own. Have faith that they have a purpose in life that you do not know—and that they do not yet know, either.

Consider that your children’s happiness and potential will be found along a path of their own discovery, rather than a standardized conveyor belt. Have faith that your children’s very nature carries with it an internal motivation to put their unique imprint upon the world, and that just as a seed germinates into a plant with the proper resources, your children will thrive if supplied with what they need.”

Due to the nature of the factory model of education, schools focus on things they can measure and test, but how can traits like creativity be measured? Is it possible for someone to create an accurate “critical thinking exam,” or create a standardized test to measure curiosity? A central theme of The Little Prince is a line that is repeated throughout the movie: “It is only the heart that can see rightly. What is essential is invisible to the eye.” What is essential in education can’t be tested or measured. There is no score you can assign to how well a child can empathize, lead, or think outside the box, which is why such things are left out of factory model education (despite getting constant lip service).

Yet these un-measurable traits are what is really essential in any education. The fire to learn, explore, and discover can be fragile in children and without proper care can be extinguished. Help your children to stoke the flame of their desire by allowing them the freedom to pursue their passions.

This article was republished with permission from Liberty At The Movies.

Forrest Plaster is a blogger at libertyatthemovies.com and French tutor at beardedtutor.com.