Libertarians Should Care about America's Ban on Immigration

The War on Immigrants is replacing the War on Drugs

America today is suffering under a prohibition every bit as dangerous and flawed as its former prohibition on alcohol. Today, it is virtually impossible for peaceful foreign persons to enter the United States. Just 5,000 visas are made available for lesser-skilled foreign workers seeking year-round jobs.

We have a de facto ban on movement and employment (with a few narrow exemptions for those who can bring PhDs, millions of dollars, or 95-mph fastballs with them).

Libertarians should pay more attention to the ban on immigration. These regulations are big government at its worst: over-militarization, over-criminalization, over-regulation, anti-market, and anti-liberty. Nearly every aspect of American life is affected by them, yet many libertarians are still ambivalent.

Its consequences are devastating. Consider this fact: the number one reason for arrests under federal law last year was for unsanctioned entry into the United States. And it’s not even close. Half of all federal arrests in the United States are for immigration offenses — drugs are a distant second at just 15 percent.

If libertarians are focused on reducing government power and intrusion into the lives of peaceful people, immigration ought to receive at least as much attention as the drug war. But it’s almost like the liberty movement is stuck in the 1980s when illegal immigration, though common, was largely ignored.

Today, the war on drugs is in retreat (good riddance). But in its place has arisen the war on immigrants. Over the last five years, illegal immigration has been the top cause for federal convictions. As a consequence, people caught immigrating without permission are one of the fastest growing segments of the federal prison population. 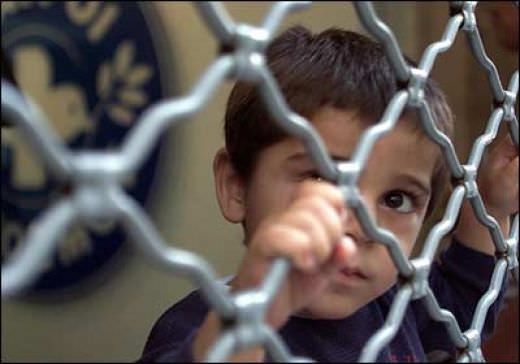 Achieving all this costs a lot of money. At $18 billion, immigration enforcement consumes more of the federal government’s law enforcement resources than all other federal criminal enforcement combined.

These numbers actually hide the much larger costs of prohibition. The black markets created by prohibition have resulted in thousands of deaths at the border. They have driven desperate people into the hands of cartels and human traffickers. Thousands of women and girls are raped on their way to the border.

For the lucky ones who make it across, millions end up being deported after building a life and family here. Tens of thousands of those are parents with children who were born or raised here. They are sent back to extreme poverty and violence where they are murdered by the very gangs they fled.

What do Americans get in return for all this? Fewer — and weaker — rights.

It could get much worse. Legislation has passed the House Judiciary Committee that would criminalize simply being in the country without a valid visa, which is currently only a civil infraction, and allow states and localities to create their own criminal statutes.

Libertarians should be the most outraged by legislation intended to turn 11 million peaceful people into criminals overnight, but few have taken much notice of this dangerous development.

Looking further back, the old libertarian publication, Liberty magazine, found that its readers’ opposition to immigration restrictions actually fell from 69 percent to 50 percent between 1988 and 2002. Libertarians appear to be moving in the opposite direction of the public at large when it comes to accepting immigrants.

The comments section on immigration articles in libertarian publications leaves the impression that libertarians may, in fact, be evenly divided on the issue. Attitudes among professional libertarians might be better, but some of the blame for the widespread apathy (and hostility) must reside with them for failing to adequately defend freedom of movement and explain its crucial importance in the philosophy of liberty.

Libertarians may be evenly divided on immigration, but they shouldn’t be. The result of immigration restrictions is undeniably more government and less liberty.