John Taylor Gatto Taught Millions to Write Their Own Scripts

25 years after its release, Gatto's, "Dumbing Us Down" is still inspiring a generation of teachers and students. 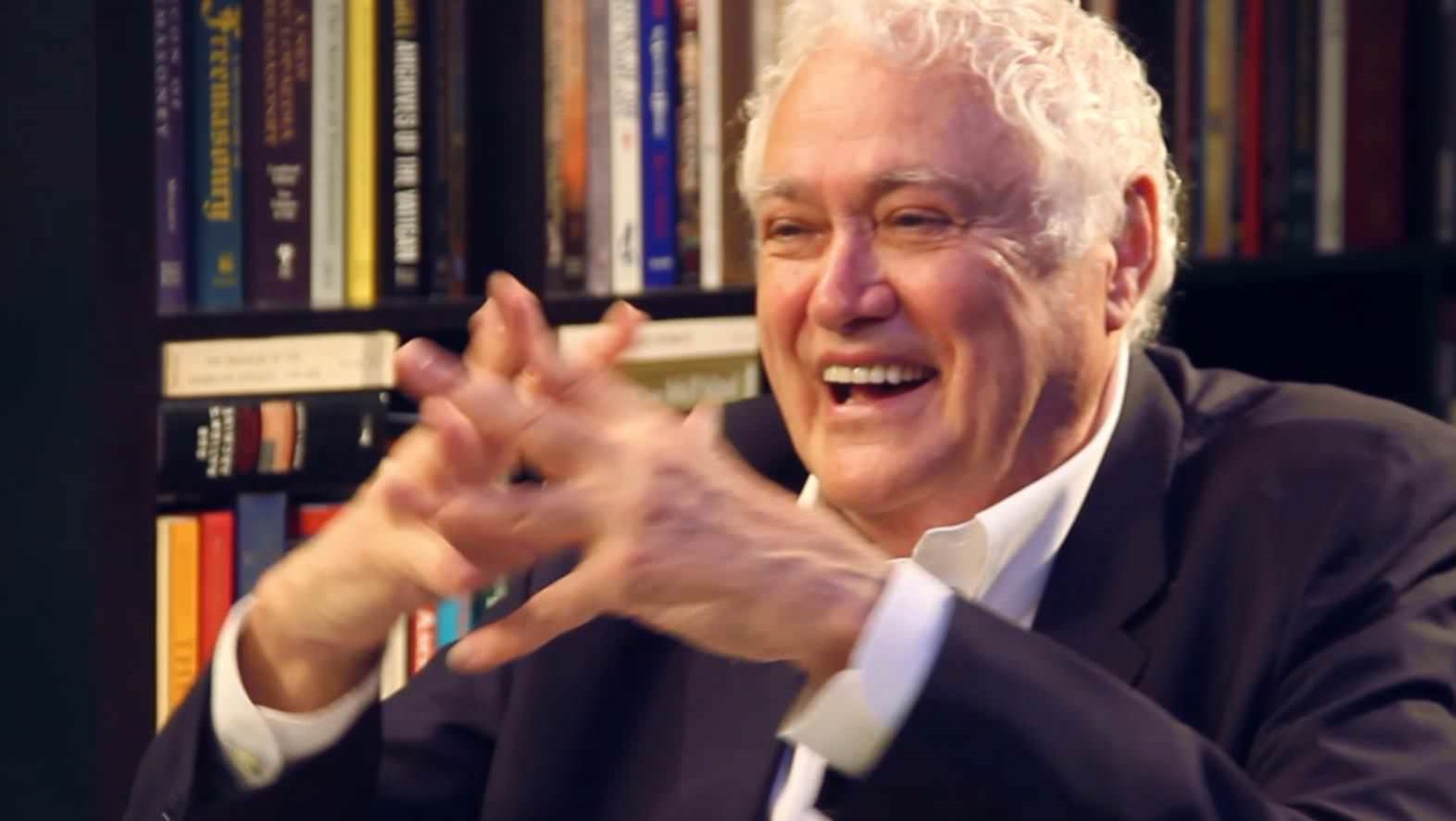 “Special Weapons And Tactics,” she said before she paused, sitting straighter in her executive chair, studying my immediate reaction.

“You know, SWAT.” An industrial gravel seal could be heard crunching beneath hard steps, and when I peered out her office window, black shapes bent along campus rooftops to better gain position. “Police are a regular feature here.”

I felt my tie, dress shirt, pants, and belt all at once betray whatever comfort a newly-minted credentialed teacher was allowed to feel at his first interview with a school’s principal. In my hands sat portfolios of past student work and lesson plans. My fingers moistened against the faux leather.

“Some of our students have grandparents who are active gang members,” she announced incongruently, the back of her head given to me as an obvious response to my no longer looking her way. She busied herself with computer work, and I continued to watch the scene just outside our door unfold.

“Geriatric gang members,” I half-joked, hoping to turn her around. “I am not joking,” she continued to type. “The local police called and asked that we “shelter in place” because a convict escaped from a patrol car nearby, and he was seen headed our way."

Gum?” she smiled, thrusting a pack at me. I placed my belongings on her desk, and my finger markings revealed my nerves.

Her portable radio soon fuzzily belched, “ALL CLEAR!” and she stood. She invited me to tour the facilities. We walked among walls of graffiti, paths of white concrete blackened by years of trampled foodstuffs, a curious world mosaic of tile, to a room she said would be mine if I accepted the position.

Clearly, I wasn’t reaching even a plurality of the students under my charge.

Without so much as 15 minutes of actual interviewing, she offered me the job without formally offering me the job. It was another test of my resolve. I hadn’t time to answer because she opened the doors to my potentially new classroom before I had the chance.

The carpet was beaten to death. The ceiling tiles were littered with spitballs and pencil stalactites. Student desks displayed carvings—etchings of various human anatomy and gang affiliations.

Within the hour I was given a course list, texts, and directed to fill out the requisite paperwork. I was hired immediately, and I’d be teaching by the fall semester.

It was an urban school in a lesser-known incorporated suburb of Southern California. I’d somehow managed to live my entire life in the surrounding area without ever having heard of this school, though it had existed for fifty years prior to my arrival.

Dumbing Us Down read like a beacon in an otherwise dark and gloomy profession.

I did eventually make a professional home there for a decade and was even awarded Teacher of the Year twice— generally holding my peers’ and students’ respect all the while. But something pulled at me the entire stretch. Clearly, I wasn’t reaching even a plurality of the students under my charge, nor was I expected to.

A great many kiddos gathered dust and squirmed in abject boredom. Still, others failed to see the relevance of the curriculum to own their lives. And again, my career was— on the whole— rather positive.

A Light in the Dark

At some point in that ten-year span, I was given a slim tome by one of my colleagues. Titled Dumbing Us Down, it was, of course, the seminal collection of John Taylor Gatto's early lectures—written after his departure from three decades of government, compulsory public education instruction.

It read like a beacon in an otherwise dark and gloomy profession. Few colleagues understood my ennui, and still further sensed it in my daily application.

Like Mr. Gatto, I worked tirelessly to infuse new concepts, ideas, and techniques into my craft, betting I could mark administrative standardize testing boxes along the way. And, like Mr. Gatto, when all was said and done, all I had to show for it was a giant hole.

Dumbing Us Down: The Hidden History of Compulsory Education is at once an angry and loving work. I recoil here at quoting too much of it because I wish to save readers the pleasure of encountering Mr. Gatto in all his contextual glory.

The book was Mr. Gatto’s first widely published work on his teaching experiences, written after his famous Wall Street Journal editorial, announcing his retirement. Dumbing Us Down also serves as something of a memoir-infused manifesto.

The tone is defiant and incredulous, but the reader cannot help but be absorbed by Mr. Gatto’s deep love of teaching and his students. Without knowing it, the person who gave me this little book all those years ago changed my life forever.

Parents were implored by Mr. Gatto “to take control of your children’s education.”

Mr. Gatto’s critique of state-run education is holistic, causal, historical, philosophical, and in five poetic lectures he manages to reveal a fatal conclusion:

Break up these institutional schools, decertify teaching, let anyone who has a mind to teach bid for customers, privatize this whole business — trust the free market system. I know it’s easier said than done, but what other choice do we have? We need less school, not more.

Teaching is analogous to being in the military, so far as I can tell. Those in the field are often the best qualified to speak out against it and reveal its ugly underbelly.

Mr. Gatto retells his battles with administrators, colleagues, and teachers’ unions. Good teaching means an open and real dialogue with parents. Unfortunately, including parents in a government scheme isn’t an option.

Parents and primary caregivers aren’t just cash machines but are instead the key to their child doing well in school. Yet every time Mr. Gatto attempted real-world curriculum, such as internships and shadowing, he is rebuffed by teachers’ unions who, as one colleague observed, “were not serving kids well and that students needed to be told the truth, be given real-life learning experiences, and be responsible for their own education.”

Mr. Gatto “questioned the validity and relevance of standardized tests, the prison atmosphere of school, and the lack of relevant experience given to students.” Parents were implored by Mr. Gatto “to take control of your children’s education.”

Inspiring the Next Generation

The book has since moved generations of education activists. One individual of note was so inspired he helped start a leading solution to college, Praxis.

Praxis is Mr. Gatto’s spirit made flesh. Praxis' founding team member, Zachary Slayback, author of The End of School: Reclaiming Education from the Classroom, Freedom Without Permission: How to Live Free in a World That Isn’t, and the forthcoming, The Little Guide to Learning Anything, was tapped personally by Mr. Gatto’s editor to write the Foreword to the 25th Anniversary Edition of Dumbing Us Down (available for pre-order).

Praxis partners with businesses who in turn get motivated employees. This connection acts as a professional resume scaffolding for participants. “Would be” college students eschew debt and instead build mental capital, skills, and a solid network.

Praxis boasts a 98 percent employment rate for its graduates, who routinely go on to earn $50,000 annually or more—after less than a year of interning.

Dumbing Us Down pays and repays upon rereading.

Mr. Slayback directly cites Mr. Gatto and his work as the impetus to do something other than college, lovingly carrying a Gatto quote in his wallet to this day:

You either learn your way towards writing your own script in life, or you unwittingly become an actor in someone else’s script.

Interestingly enough, during the span of this review, I learned Mr. Slayback is once again charting his own course, Gatto style, departing from the great gang at Praxis, and writing his own script. A deeper tribute to Mr. Gatto I could not imagine.

Dumbing Us Down pays and repays upon rereading. Its contents are shockingly relevant today—especially at a time when public education is being hotly debated again with a new presidential administration making waves.

Mr. Gatto enters that debate loudly, definitively, and righteously. Slowed a bit by age and physical ailments, Mr. Gatto’s body of work on education remains, however, vital to anyone concerned with stateless philosophy or more peaceful engagement with learning.

The 25th Anniversary Edition is a handsome, much-needed gift to the profession of teaching. I would encourage everyone to pick up a couple of copies and spread them around. Who knows? You just might help fuel the next round of revolutionary education scriptwriters.