Jimmy Carter and the Energy Crisis that Never Happened

Armageddon, so far, has not occurred. We can thank prices for that. 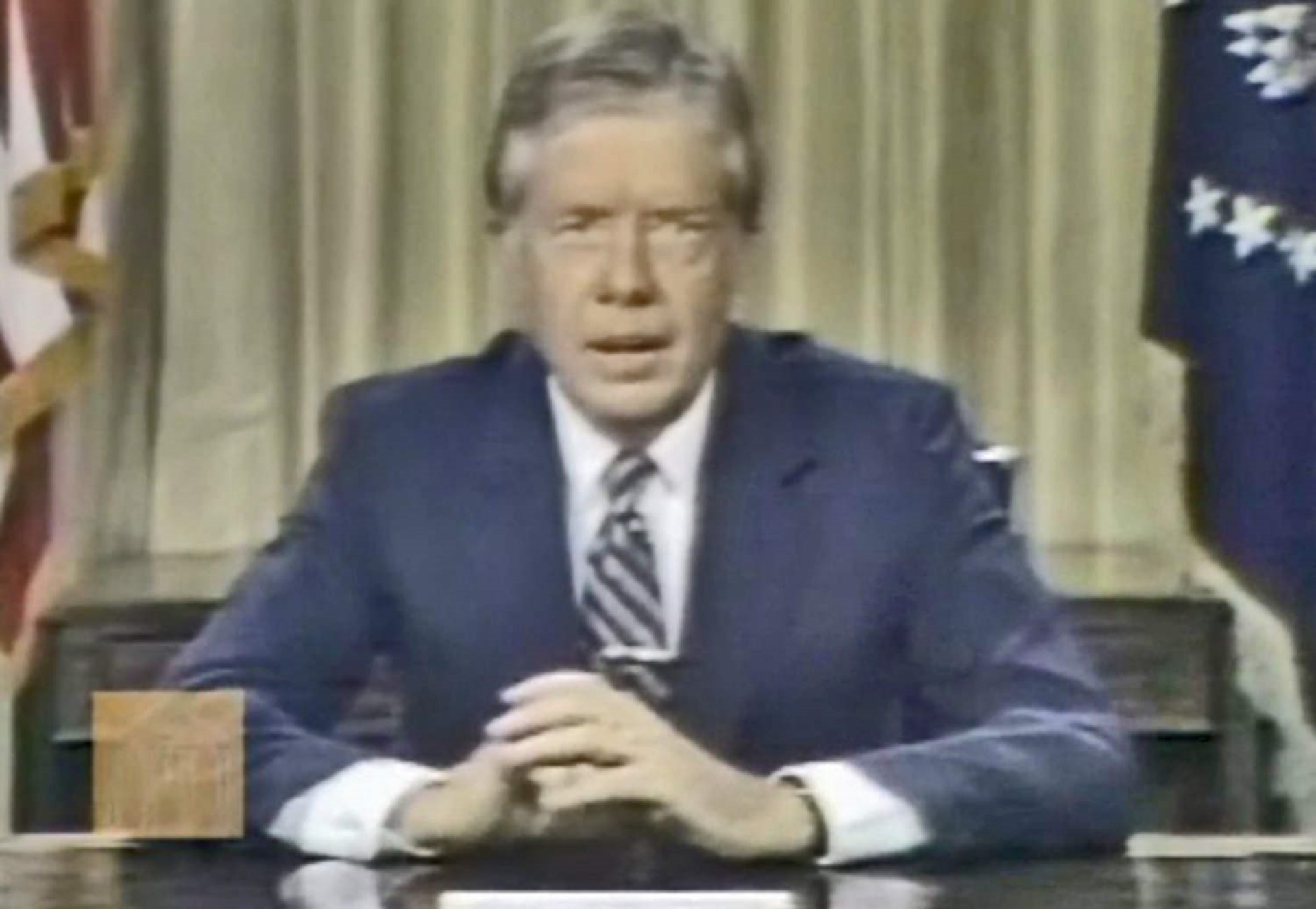 Forty years ago tonight, President Jimmy Carter delivered his Address to the Nation on National Energy Policy, better known as the “Moral Equivalent of War” speech. Seated behind his ornate desk in the Oval Office and wearing a sober pinstriped suit, he offered a litany of dark predictions:

Congress declined to adopt much of Carter’s programme (though it did embrace such lemons as expanding the Strategic Petroleum Reserve and creating the Synthetic Fuels Corporation). Instead, federal lawmakers chose to (somewhat) deregulate energy, giving more freedom to market incentives to direct private energy exploration, production, and conservation. Four decades later, the world is consuming nearly 100 million barrels of oil a day, up from 60 million in 1977, at an inflation-adjusted price little different than it was 40 years ago. U.S. natural gas production is booming. Armageddon, so far, has not occurred.

Instead of ridiculing Carter’s speech, let’s hope people learn from it. It shows the power of markets to deal with resource constraints.

As the great energy economist Morry Adelman explained in the pages of Regulation more than a decade ago, many energy sources—especially hydrocarbons like oil and natural gas—are disposed to price cycles. Demand at a given price sometimes grows faster than supply, which results in higher prices, which results in new energy exploration, innovation, and investment, which results in lower prices, which leads to a new price cycle. This seems to happen every 15 or 20 years, which makes sense given that it takes about eight to 10 years to bring a new oil field online.

Instead of ridiculing Carter’s speech, let’s hope people learn from it. It shows the power of markets to deal with resource constraints, and the flawed thinking of politicians–even well-intentioned, thoughtful ones. Most of all, it shows the importance of humility in the face of the latest faddish belief that the end is nigh and only government can save us.