If You Vote, Do You Have a Right to Complain?

If You Agree to the Process, You Have to Accept the Teams 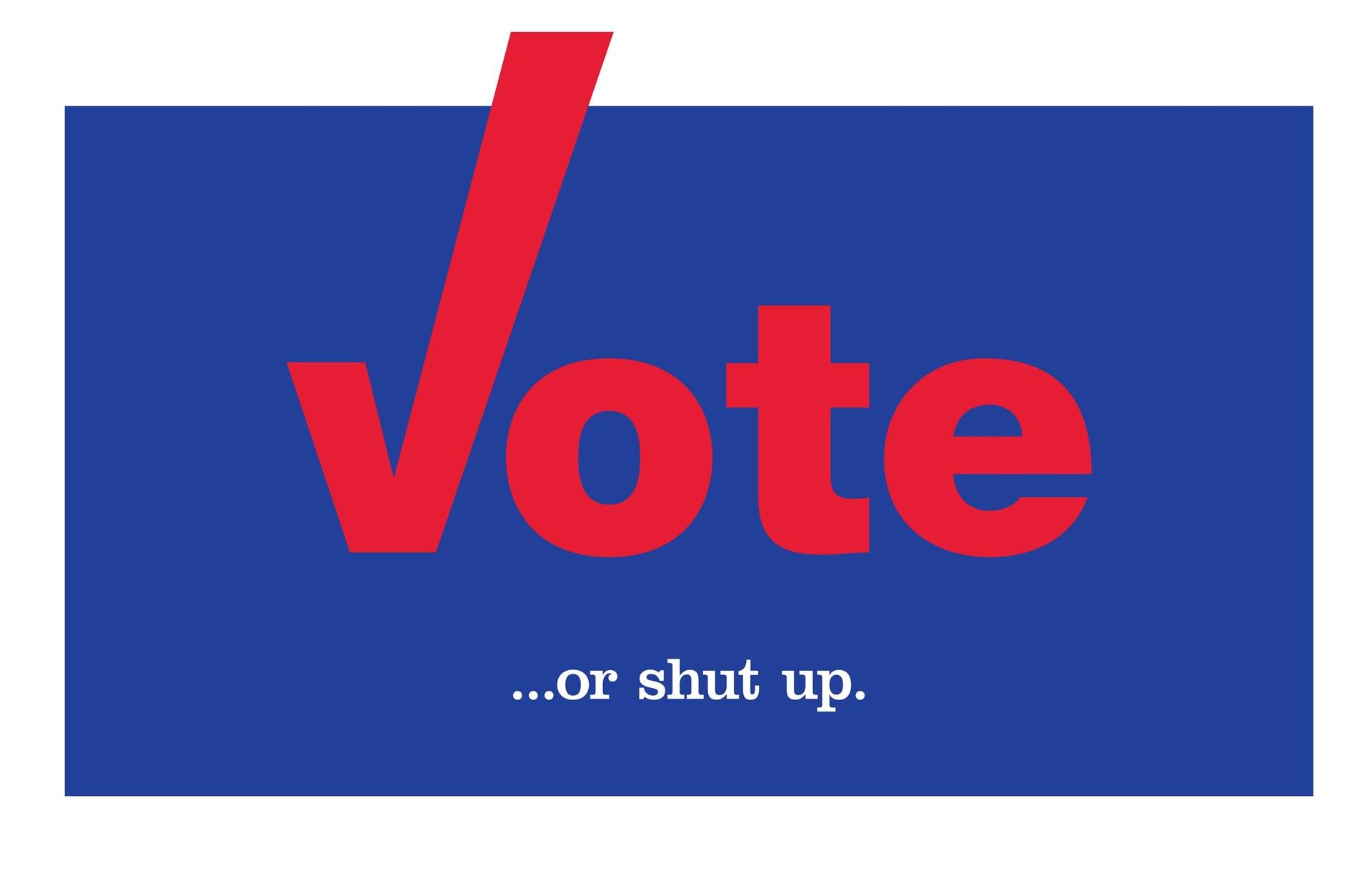 I do not vote. This is not due to laziness or apathy. I do not vote as a matter of principle. I have given the question careful consideration and concluded that it is morally wrong to vote. I have long believed that I arrived at this conclusion solely on the basis of valid reasoning from sound ethical principles. However, I recently encountered something that made me wonder whether my opposition to voting may actually derive from something more primitive.

What I encountered was a photograph of a man wearing a T-shirt with the words "Vote or Shut Up" written across it. My immediate reaction was to think that was entirely wrong-headed.

But a moment's reflection on this reaction made me realize that it was based on my childhood experiences at the school yard.

I am so old that when I was a boy, children were allowed to walk to the park and school yard by themselves and play sports that were not organized by adults. I lived three blocks and one major street away from Public School #6 in Woodmere, NY. On weekends, I and a varying group of my elementary school brethren would head over to the school to play touch football, baseball, or basketball. (These were the days before anyone played soccer in the United States.)

With no adult supervision, we had to organize ourselves into teams to play the games. (Translation into professor speak: In the absence of central planning authority, spontaneous ordering was required.)

Various techniques for creating the teams evolved. For touch football or baseball, which involved a lot of players, the most common method was to designate the two commonly acknowledged best players as captains and let them take turns selecting players from the surrounding crowd until everyone was chosen.

For basketball, a common method was to have all potential players take shots from the foul line with the first five to make the shot being one team, the next five, the other team, with the rest having to wait until the next game. In cold weather, when playing shirts and skins was not an option, the division was often made on the basis of the color of shirts the players were wearing with all those wearing white shirts being on one team and all those with colored shirts being on the other.

In many cases, considerable discussion was required to settle on the method of division. Primitive theories of procedural justice were advanced. Some argued that whichever captain had the first pick should select one player with the captain choosing second getting to select two players. Objections were sometimes raised to forming basketball teams via foul shots because the better shooters were likely to end up on the same team. When dividing by shirt colors, questions of whether some players should have to trade shirts with others arose. However, eventually the method of division was agreed upon, the teams were formed.

Throughout this process, there was one implicit fundamental principle that all of us accepted. That was that if you agreed to the method of division and participated in the selection process, you had to play the game. It was anathema to go through the process and then declare, "I don't like the teams. I'm not playing."

Over years of school yard choose-up games, I absorbed the principle that one may remonstrate vociferously over the fairness of a selection process in advance, but if one voluntarily agrees to participate in the process, then one must shut up and live with the results it produces. And this, I suspect, is the source of my visceral reaction to the slogan on the T-shirt.

Voting is a selection process. It is perfectly appropriate to argue at length whether a system that assigns decision-making authority to whoever gets the most people on his her side is the best method of allocating coercive power. And if, like me, you believe that this is not a good selection process, you are free not to vote. But if you voluntarily agree to participate in the process by voting, then you are bound to shut up and live with the result. If you agree to participate in a process that gives whoever gets the most votes the power to decide what the government should do (within the law), then stop whining if he or she does not use that power the way that you prefer. If you vote, you don't get to say, "I don't like the teams. I'm not playing."

All of my childhood experience at the school yard tells me that the slogan on the T-shirt has things exactly backwards. It should read, "Don't vote or shut up."