What Greedy Birds Teach Us about Ourselves

Instead I came face to face with the horror of nature, red in tooth and claw

I wanted to avail myself to beautiful bird song such as that which inspired the great composers. Vivaldi! Messiaen! What I got was a front-row seat to the state of nature, red in tooth and claw.

Here’s how this calamity began.

A friend got a bird feeder and filled it with seeds. Almost immediately, he was a hero to his friends, neighbors, and co-workers. What a generous thoughtful man! What a big heart he has for caring about the critters! Surely this indicates that he is a man of high character. He received a huge popularity boost for this act of zoological benevolence. He glowed in the aura of St. Francis.

I thought I would try the same. So I got a fancy bird feeder and went shopping for seeds. There are many varieties. I picked one that said it would “attract wild birds.” Later I wondered what this could possibly mean. Aren’t all birds that come to backyard feeders wild? It’s not as if I would otherwise be attracting escaped canaries.

After four days, no birds came. Someone on Facebook suggested that I add mealy worms. The hardware store had them, a bag of the most horrible things you have seen, dried versions of what will probably eat our bodies ten years after our death. I bought them anyway, adding some protein to the all-seed diet I had previously attempted.

Have you seen a Cardinal eat a sunflower seed? It’s like they are born to do this trick. It worked. Within a day, many birds came and gobbled up those worms, and I briefly wondered if I wanted flying carnivores taking over my backyard. But in fact, once the worms were gone, many did stay for just the seeds, which was a relief.

Have you seen a Cardinal eat a sunflower seed? It’s like they are born to do this trick. He puts it in his mouth and rotates it and spits out half the shell. He removes the seed and spits out the other half of the shell. Then he swallows. I would have to practice for months to do the same. Where do they get these talents?

I was telling a coworker that my feeder attracts Cardinals. He called me on my claim.

“Oh yeah? Can you name another bird other than the Cardinal?”

Ok, he got me. I thought of the eagle, buzzard, and bluejay. But none of those had actually partaken in my food benevolence. The truth is that I know nothing about birds, though I’ve always admired them very much.

Once the birds began to arrive, my dream was realized. They made music outside my window, from 6:30am until nightfall. It’s interesting how the birds disperse following what seems to be a sound made by an owl. It just sounds like hoo hoo. The birds get the message and go away.

At first I filled the feeder up every three days. Then two. Then one. Then matters became more intense. One day, I filled it up at 5pm and it was empty by 7pm. This is obviously unsustainable.

I wondered if I was facing the Samaritan’s Dilemma. This is a problem that appears whenever there are repeated and predictable acts of charity. It turns out that this actually creates more of the problem it seeks to solve.

The name comes from the story in the Bible. A Samaritan merchant is walking along the road and finds a man beaten, bleeding, and poor. He scoops him up, gets him medical attention, and uses his good credit at a local hotel to get him a place to stay. This incident is held up as a model and ideal of benevolence.

At some point, the Samaritan has to act to deal with this problem. He just has to walk right by, as a way of signalling a change in the incentives. He wants to help but only those in genuine need. He doesn’t want his benevolence to become a source of moral hazard, actually incentivizing people to become victims in order to experience his charity.

Was my bird feeder going to attract every bird in the Southeast, disable a whole generation’s capacity to find food on their own, and ultimately disturb the evolutionary path of the species?

I began to suspect that this was becoming a problem for me. So one evening I watched as the birds ate. Many pretty little birds sat and sang and ate. Every once in awhile a beautiful and glorious Cardinal would come and do the sunflower-seed trick.

To my horror, I saw the real source of the problem. An angry bird twice as large as the small ones came and sat in the middle of the feeding bowl. He made loud noises and flapped his wings to get rid of everyone else. This was a muscle bird that everyone else feared, a real thug in the ornithological social order.

After a solid 10 minutes, during which time this bird burrowed himself deeply in the seeds and devoured as much as he could possibly hold, I had enough. I stepped outside and yelled him to go away. He glared right back at me, without fear, showing me his burning orange eyes. I resorted to waving my arms wildly. Finally he got the message and left. Eventually the sweet pretty birds came back and politely pecked at what was left.

I had waited for so long for birds to arrive. Now I’m shooing them away! 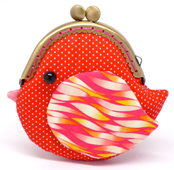 Clearly, this feeder needs to be policed for troubles such as this. But who has time or money to be the nightwatchman state over a bird feeder? I thought of how people solved this problem of common goods in the past. We established things like private property and money. It’s hard to imagine birds carrying around small change purses.

Then I thought about a more digital-age solution. We need a blockchain to establish ownership rights, and a way of testing for proof of work. I’m not sure what proof of work would look like in the bird kingdom. Building a nest? Waking up early to get the worm?

I’m now faced with a more serious problem. I’m out of seeds. When I buy again, will I have to buy a contractor bag full? Should I ration based on time of the day, one pan of feed every morning? There is really nothing I can do consistently to manage access to this life force.

Or as Tennyson himself said:

Who trusted God was love indeed
And love Creation's final law
Tho' Nature, red in tooth and claw
With ravine, shriek'd against his creed

To rise above this state of nature is surely humankind’s highest aim. If nature exists only to remind us of its horrors, so be it. It will never be fully tamed, but at least we can experience the respect of our neighbors by trying.