“I, Pencil” Can Help You Downsize Your Inner Central Planner

Suspend your sense of being "the doer" and understand your place within the Universal Power. 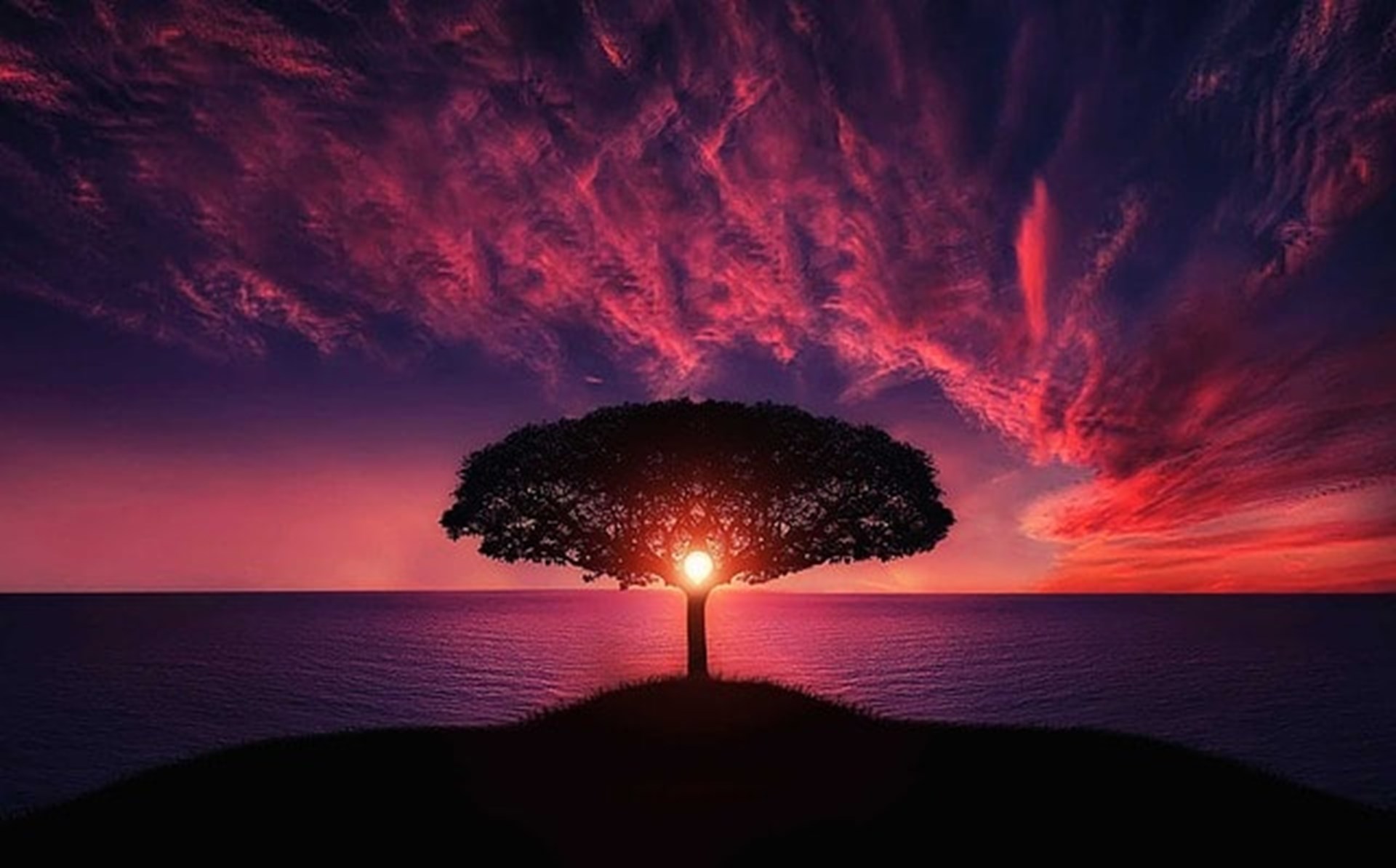 FEE President Lawrence Reed has called “I, Pencil,” “Paradigm-shifting.” Reed writes, “Many first-time readers never see the world quite the same again.” The wisdom in “I, Pencil” can also shift how you view your personal life.

In “I, Pencil” Leonard Read instructs, “Leave all creative energies uninhibited. Merely organize society to act in harmony with this lesson. Let society’s legal apparatus remove all obstacles the best it can.”

Remove all self-created obstacles the best you can by allowing the Universal Power to work through you.

We can apply Read’s instruction to our personal lives: Leave your creative energies uninhibited. Merely organize your life to act in harmony with this lesson. Remove all your self-created obstacles the best you can by allowing the Universal Power to work through you.

Am I making too big a leap with a great man’s work? Did Read believe in a Universal Power that could power our lives? What self-created obstacles inhibit our creative energy and block expression of our gifts?

In his book Who’s Listening, Read refers to the “mysterious Universal Power—the radiant energy that flows through all life.” The Universal Power, Read warns, “is blocked, cut off, stifled by duplicity in any of its forms. Expediency, lying, double talk, and the like are ferments of the soul through which Universal Power does not and cannot flow.” Our character flaws, Read stresses, limit our freedom to lead a meaningful life.

The term Universal Power may not resonate with you. Read recognizes the significance of the term and writes, “This power has been variously referred to as God, Jehovah, Brahma, the Creator or Creation, Infinite Intelligence or Mind or Consciousness.” I would add Goodness and Love to Read’s list.

Like spontaneous order, Universal Power is an invisible force. Of Universal Power, Read observes, we can never “have more than an inkling of its nature!” Read humbly acknowledges, “No one can catalogue the Infinite; we may know that it is but not what it is.”

Emerson explained that “Great men are they who see that spiritual is stronger than any material force, that thoughts rule the world.”

Read was influenced by Ralph Waldo Emerson, often quoting from his works. The title of Read’s book Thoughts Rule the World comes from Emerson’s address before the Phi Beta Kappa Society at Cambridge, in 1867. In that address “Progress of Culture,” Emerson explained that “Great men are they who see that spiritual is stronger than any material force, that thoughts rule the world.” That the “spiritual is stronger than any material force” runs through Read’s collected works.

In perhaps Emerson’s most famous essay “Self-Reliance,” he wrote of spiritual force, this Universal Power:

We lie in the lap of immense intelligence, which makes us receivers of its truth and organs of its activity. When we discern justice, when we discern truth, we do nothing of ourselves, but allow a passage to its beams.

In his book Castles in the Air, Read explains Emerson’s famous words:

To become seers—beholders of truth and justice—we do no more than allow a passage of its beams. In a word, we allow the “immense intelligence” to flow and intercept as much of it as we can. This is the source, beyond you or me or any other finite being.

To open passage for Universal Power, Read offered a subtraction principle. In “I, Pencil” he taught that society can never direct “the configuration of creative human energies—millions of tiny know-hows configurating naturally and spontaneously in response to human necessity.” Since directing human energy inhibits creativity, it is best to focus on subtracting what blocks creative energy.

Imagine a wave proclaiming itself the ocean; our puffed-up egos do the same.

Applying this subtraction principle to our lives, we can notice the many ways we block our creative energy. Read, like Emerson, challenged us to examine our low-character self that tries to control and manipulate. This low-character, ego-self believes personal power is the source of goodness.

Intelligence permeates the fabric of the Universe. Read makes it clear, it is an Intelligence we did not create. Imagine a wave proclaiming itself the ocean; our puffed-up egos do the same.

Read warned, “When an individual thinks of himself as source—'false claim to divinity’—the source thereby ceases to function and to flow.” Read asked, did “Leonardo, Edison, Emerson, and numerous other seers, inflate their ego?” Read is sure the answer is no:

These men were aware of two incontestable facts: (1) that of not being the source; and (2) that taking credit is a “false claim of divinity” which, in turn, switches off the Source, allowing no more passage of its beams, nothing remaining to intercept.

Of this Intelligence we did not create, Read observed, “As with all radiant energy, this intelligence is in constant movement and it flows through all life. The problem of gaining understanding is one of arresting ‘its beams,’ of intercepting or appropriating that which already is within us or is passing through us.”

How often are we eager to receive proper credit, to be acknowledged for how wonderful we are? How often are our relationships colored by this wish? How often do we block the flow of creative energy from “passing through us” as we strive to be the source?

Read’s advice is to express this Intelligence and not pose as this Intelligence: “We can be helpful to one another, not by posing as this intelligence but by using, expressing, sharing as much of this mysterious energy as we may be fortunate enough to intercept.” Only then will “our hearts and heads” be “in harmony.”

Beware of the Inner Central Planner

Universal Power is the only constant in our lives; the connection we have to it is unbreakable. Yet, like clouds can block the sun, our habitual thoughts patterns and behaviors can block this Universal Power. Like a central planner wrecks an economy, our inner central planner wrecks our personal life. It is easy to see the gross examples—North Korea’s failed economy or a homeless alcoholic—but let’s look beyond the extremes and towards what afflicts most of us.

We rinse and repeat our solutions because, like societal central planners, our inner central planner looks towards the world of effects, not causes. Read is asking us to look towards causes—what it is that creates our experience of life and how we block Universal Power.

The inner central planner rests on one premise: In order to be happier, I must gain more control of my outer world.

Most of us are acutely aware of the dangerous consequences of blocking “immense intelligence” in the economy. We are not always aware of how we hinder this energy in our own lives.

The more you tune-in to your monkey-mind chatter, the more you will notice the many ways you personally detach from Universal Power. For most of us, there are universal themes that lead to detachment: We want to be special. We want to be right. We worry about small things. We take things personally.

In his book Elements of Libertarian Leadership, Read writes, “American economic progress has been truly phenomenal. But this progress has been founded on inspiration from the highest insights of individuals, not on advice from the lower levels of ignorance.”

Insight is a fresh way of seeing a problem that takes you beyond your current understanding. When our mind is clear, insight is one important way that this “immense intelligence” speaks to us. If insight is in short supply, perhaps we aren’t listening?

Are we, as Read asks, taking “contrary instruction from inferior sources” or yielding “to the temptation of fame or fortune or popularity”? When I sit at my desk each day, if I do anything but focus on my craft, the job of writing becomes so much more difficult. I wouldn’t want to miss that important Facebook post or latest headline, would I? I judge each sentence as it forms. Why not write and save editing for later? I mentally rehearse problems, grievances, fears, and anxieties. All this and more will block my creative energies.

As we tune in, we watch our mental monkeys (thoughts) swing from branch to branch while raucously screeching their bad advice. Be willing to stop justifying your thought-created obstacles. This little willingness will allow the Universal Power to do its mysterious work.

In his autobiography Second Wind co-written with Taylor Branch, Bill Russell, the legendary center of the Boston Celtics, describes occasions when a state of flow permutated both teams and even the referees:

Every so often a Celtic game would heat up so that it became more than a physical or even mental game, and would be magical. That feeling is difficult to describe, and I certainly never talked about it when I was playing. When it happened I could feel my play rise to a new level. It came rarely, and would last anywhere from five minutes to a whole quarter or more. Three or four plays were not enough to get it going. It would surround not only me and the other Celtics but also the players on the other team, and even the referees. To me, the key was that both teams had to be playing at their peaks, and they had to be competitive. The Celtics could not do it alone.

Experiencing the flow, Russell describes a state where all that mattered was using his gifts fully. The less he cared about the outcome, the better he played: “The game would be in a white heat of competition, and yet somehow I wouldn't feel competitive.” Anything that broke that state of flow was an irritant: “Once a referee broke a run by making a bad call in my favor, which so irritated me that I protested it as I stood at the foul line to take my free throws.”

Notice this: The more selfless Russell became the better for his game and for the Game. Can we relax our own investment in outcomes? In such a state Russell, “literally did not care who had won. If we lost, I'd still be as free and as high as a sky hawk.”

Russell explained the price of admission to this state of flow: In order for Universal Power to work through him, he needed to suspend his sense of being the doer. Can we relax our own investment in outcomes? The Universal Power will work through us; it will never favor us.

Spontaneous order, powered by a sweet harmony of interests, produces Read’s pencil. Harmony is disrupted when we dam the flow of spontaneous order by favoring one industry over another. Our own lives are no different. As we allow intelligence, love, peace, and intelligence to flow, the Universal Power that creates a pencil will create wonders in our lives.